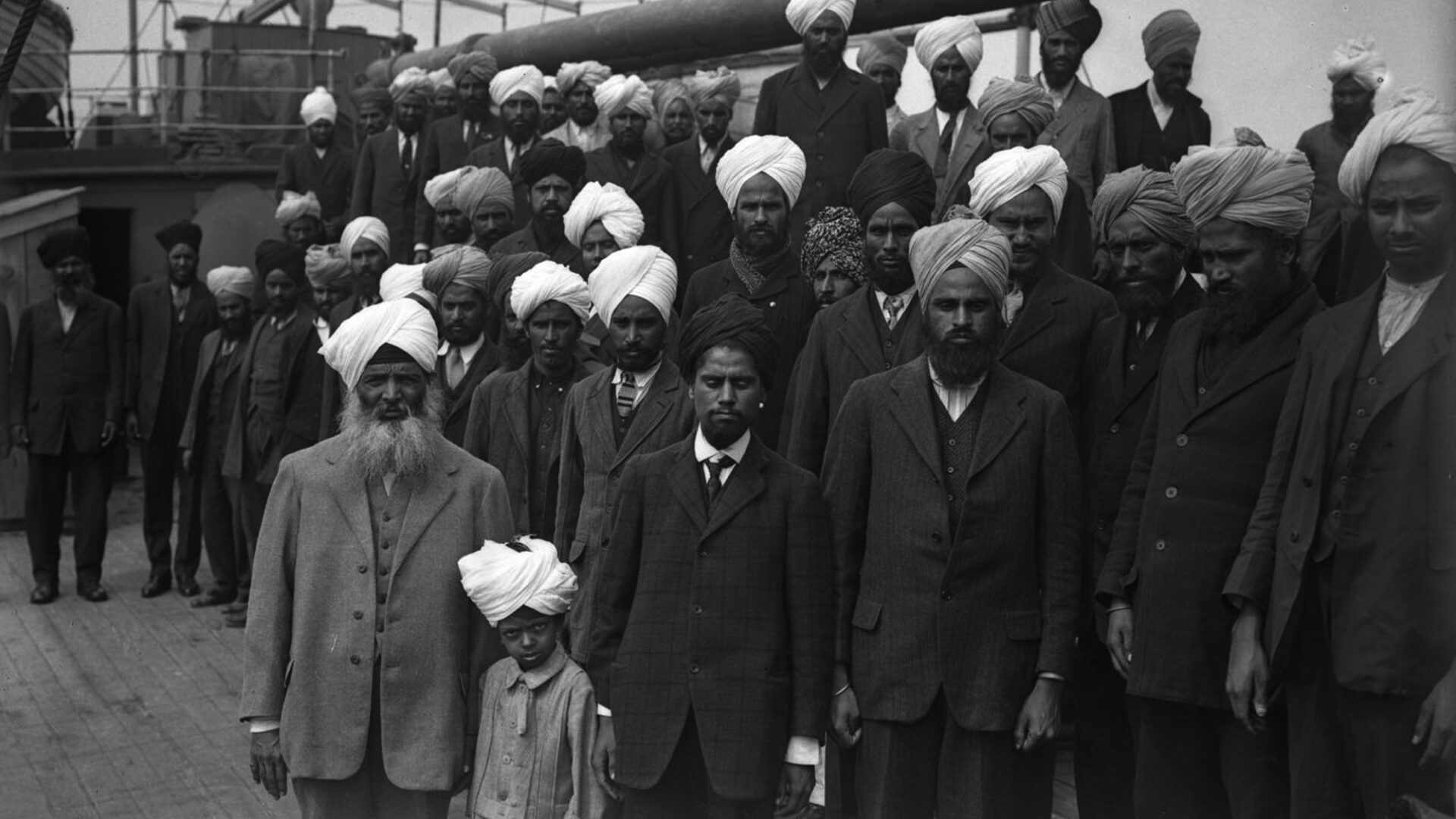 “Hindu Invaders Now in the City Harbor on Komagata Maru,” blared an alarmist headline in the Vancouver Sun on May 23, 1914. Indian-born, Toronto-based filmmaker Ali Kazimi’s documentary recounts the notorious Komagata Maru incident, when Canada, pursuing a Whites-only immigration policy, prevented a steamship carrying 376 migrants from British India from landing in Vancouver. After a two-month standoff, the vessel was forced to return to India, where the passengers were met with violence by British authorities. ​“Through archival footage, vintage photographic montage, and inventive voice-over performance, Kazimi documents the story of the 340 Sikhs, 24 Muslims, and 12 Hindus held on the boat a half mile from Canadian shores without provisions for more than two months. Continuous Journey is the work of an experienced storyteller and image-maker. Kazimi’s own journey from India has been a fortuitous event for Canada” (Leah McLaren, Globe and Mail).

“Brilliant … Rarely has a documentary been so beautifully directed and rendered, shot for shot, image by image, pan by pan, zoom by zoom.” Peter Wintonick, POV Magazine