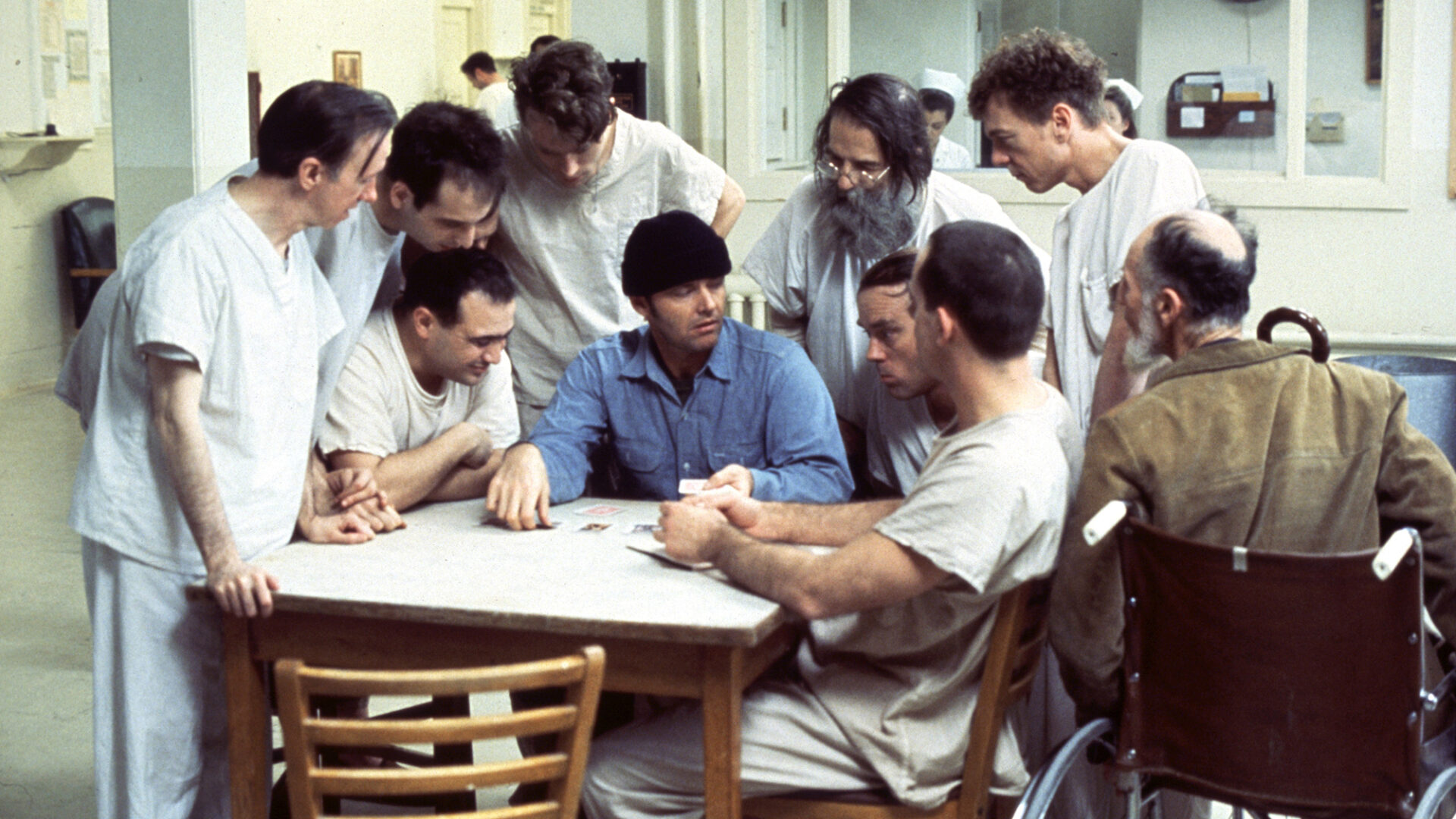 Celebrating 20 Years of Frames of Mind

“From the moment we’re born we’re enjoined to become part of the system and what are we on this earth for except to invent ourselves, and McMurphy … understands that better than anybody.”

A fascinating behind-the-scenes look at the making of One Flew Over the Cuckoo’s Nest, tracing the truly Byzantine path from Ken Kesey’s international best-selling 1962 novel (written while he was working in the psychiatric ward of a California veterans’ hospital) to a 1963 Broadway play starring Kirk Douglas, to finally, the 1975 film that would sweep that year’s Academy Awards. Along the way intriguing details are revealed on the writing process (Kesey was initially hired, and then fired, as the screenwriter), casting (Gene Hackman and Marlon Brando were both offered, and turned down, the role of McMurphy), and production (the actors lived at the hospital for the ten weeks of filming and were encouraged to stay in character at all times). Featuring insightful interviews with producers Michael Douglas and Saul Zaentz, director Miloš Forman, author Ken Kesey, screenwriter Bo Goldman, hospital superintendent Dr. Dean Brooks, and many of the actors including Louise Fletcher, Danny DeVito, Christopher Lloyd, and Vincent Schiavelli (alas, Jack’s a no-show).

A select number of tickets will be available at the door on a first-come, first-served basis starting at 2:30 pm on Sunday, August 14.

“Somebody who might have just walked in might have had a difficult time discerning who were the inmates and who were the actors. It was kind of a close call there once and a while.”

Many thanks to Paul Zaentz and The Saul Zaentz Company for their generous support of this event.

Dr. MacEwan graduated from UBC in medicine and completed his specialty training in psychiatry at UBC in 1987. Early in his career, he worked at the now-closed Riverview Hospital, the province’s largest long-term care psychiatric facility; for the last 19 years, his clinical activities have included work in the Downtown Eastside of Vancouver. He is a Clinical Professor in the Department of Psychiatry at UBC, where his clinical and research interests have always focused on psychosis.

Jonathan Morris is the CEO of the Canadian Mental Health Association, BC Division. He has over twenty years’ experience in community-based mental health and addictions services, policy, and advocacy. Previously, he worked for the Ministry of Mental Health and Addictions as Senior Director of Policy and Legislation, responsible for providing advice on a range of complex policy and legislative initiatives, while leading several transformational mental health and addictions programs.

Tamar Hanstke is an M.A. student in Cinema and Media Studies at the University of British Columbia. Her wide range of research interests include mental health representations in film and television. She recently won the Film Studies Association of Canada’s student essay prize.