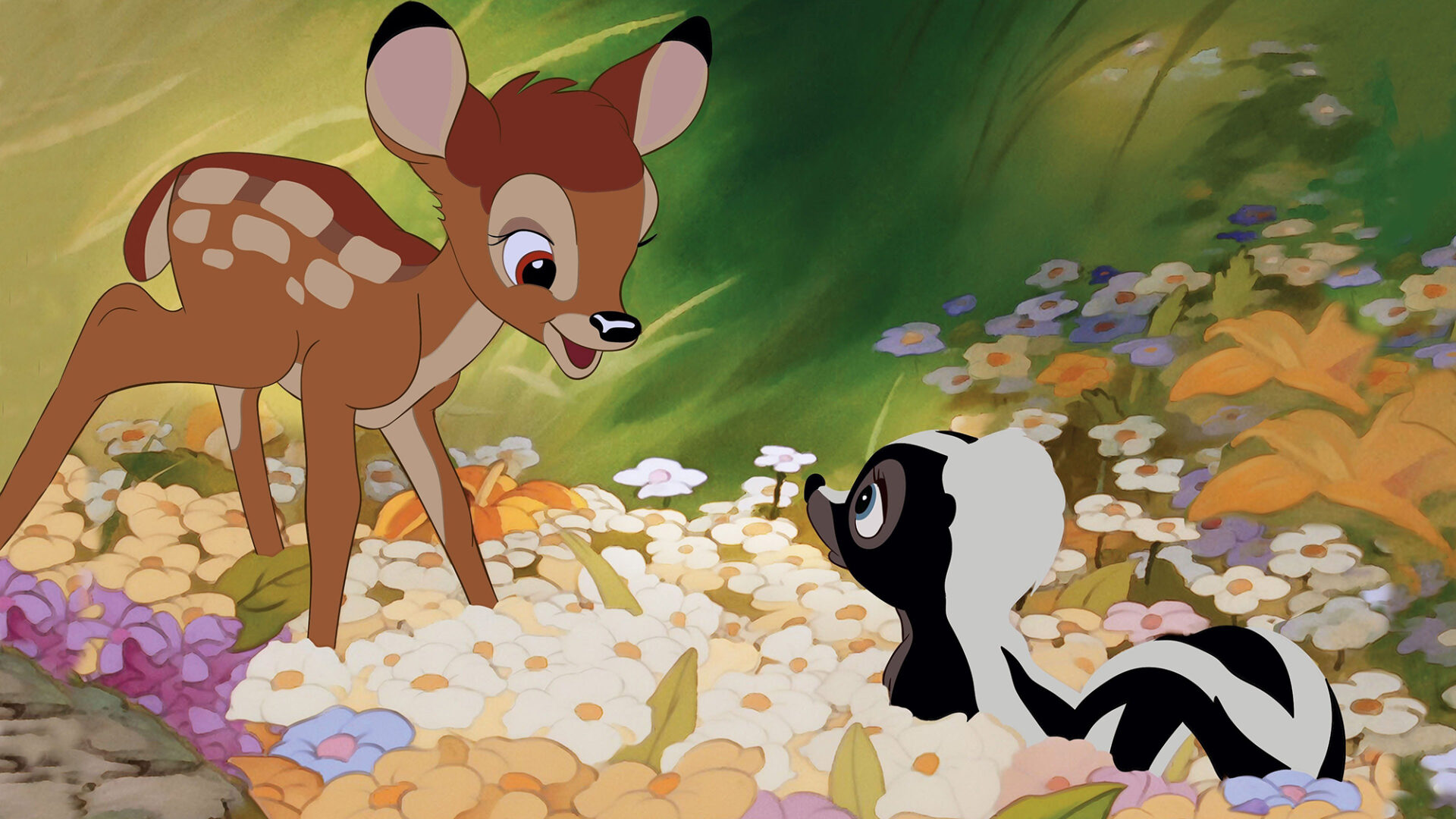 For a new year of Film Club, we’re taking a new look at a classic. Austro-Hungarian novelist Felix Salten’s Bambi, a Life in the Forest, which marks its centenary this year, was the basis for supervising director David Hand’s follow-up to the triumph of Snow White. To modern eyes, the friendly trio of Bambi, ​“The Prince of the Forest,” Thumper, his extroverted rabbit sidekick, and Flower, a shy and sweet skunk, might look like cartoon formula. But this was the first time Walt and co. put magic aside: when Bambi gazes, like Narcissus, into the mirror of a forest puddle, a new world of animal sympathy was born. Painter Tyrus Wong, whose pastoral landscapes applied Song Dynasty techniques, is largely responsible for the film’s artistic leaps; his near-surreal mix of watercolour haze and bold, expressionist light answered the paradox of how to describe an imagined land not yet consumed by human influence.

“In colours that would surprise even the spectrum itself, Disney’s cartoon craftsmen have re-created a woodland that shimmers and glows and darkens altogether magically.” New York Times

“[From] the headiest time in Disney’s history, of unbelievable creative ambition and fecundity … [A] glorious forest reverie.” Andrew Osmond, BFI

The January 22 screening of Bambi will be preceded by The Green Man, a short film created during a five-day filmmaking workshop facilitated by The Cinematheque’s Learning & Outreach team. Grade 10 students Sonja, Norah, Kai, and Owen produced The Green Man as part of a Trek Outdoor Education program focused on environmentalism and social justice.

Bambi screens as part of our Film Club program on January 22, with discounted Film Club prices in effect.

Regular ticket prices are in effect for the January 21 screening—but Film Club members (ages 13 and under) can still get a free kid-sized popcorn by showing their “Film Club” badge!