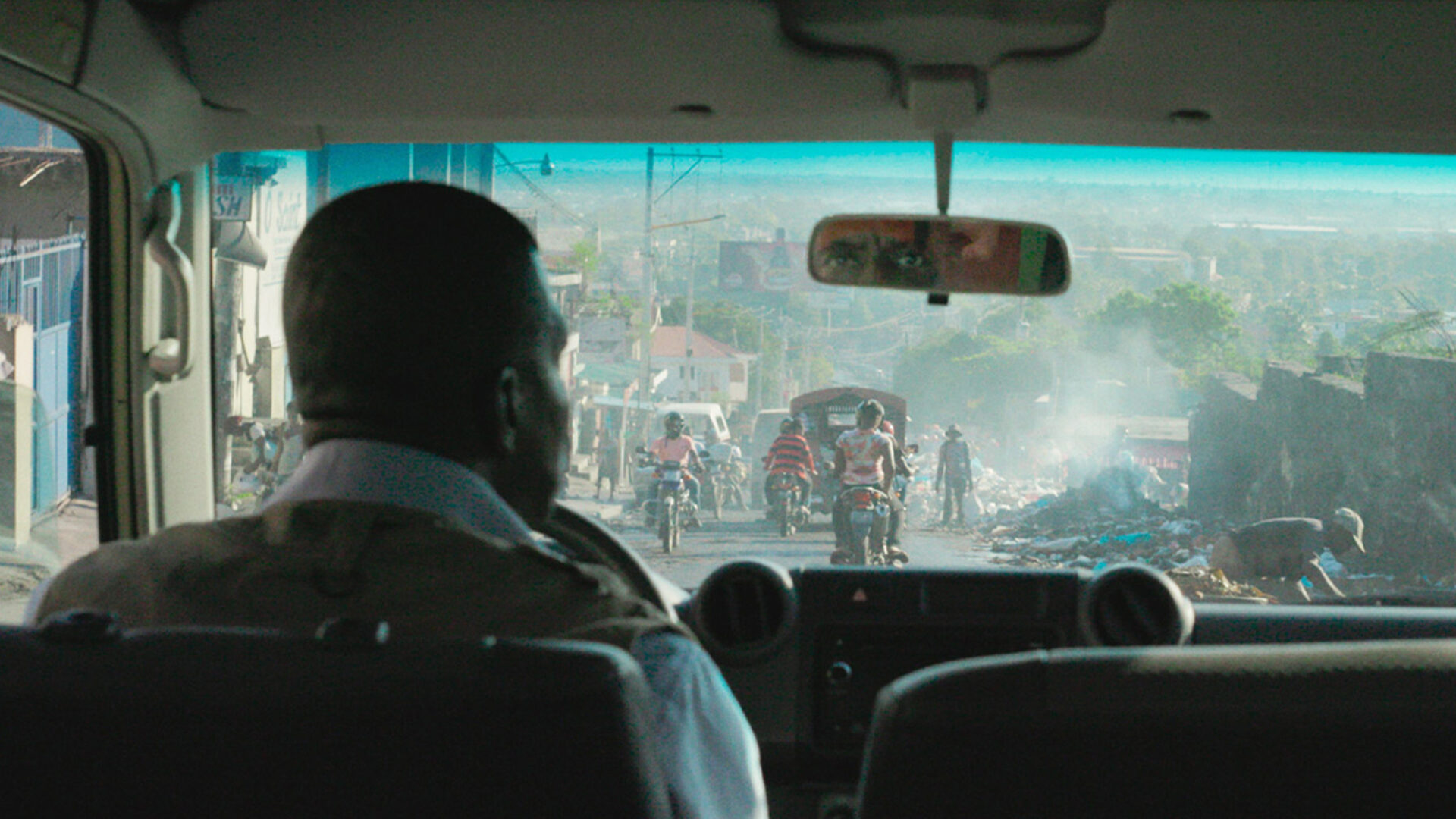 The passenger seat of NGOs’ favourite 4×4 vehicle provides a window into the intimate daily exchanges of Haitian citizens ruminating on everything from the state of the country to neocolonialism and the counterproductive effects of humanitarian aid. Winning Hot Docs’ Best Canadian Feature Award, the jury stated, ​“Emanuel Licha uses cinematic metaphor to evoke the dignity of a people.” Eliciting lush, minimalist auteur stylings, the film unpacks a political can of worms. The zo reken, or ​“shark bone” as it translates from Creole, is the powerful Toyota Land Cruiser that most NGOs use to traverse the fragmented roads of Port-au-Prince. To everyday Haitians, the 4×4 has come to represent a complicated symbol of both assistance and oppression. Now, Licha has repurposed it into something of a confessional hot seat as well. Filmed prior to the assassination of President Jovenel Moïse, Licha meticulously lensed this achingly provocative work of art—capturing the pointed, simmering outrage of a nation grappling with decades of crushing economic disparity—creating a triumph of non-narrative form.