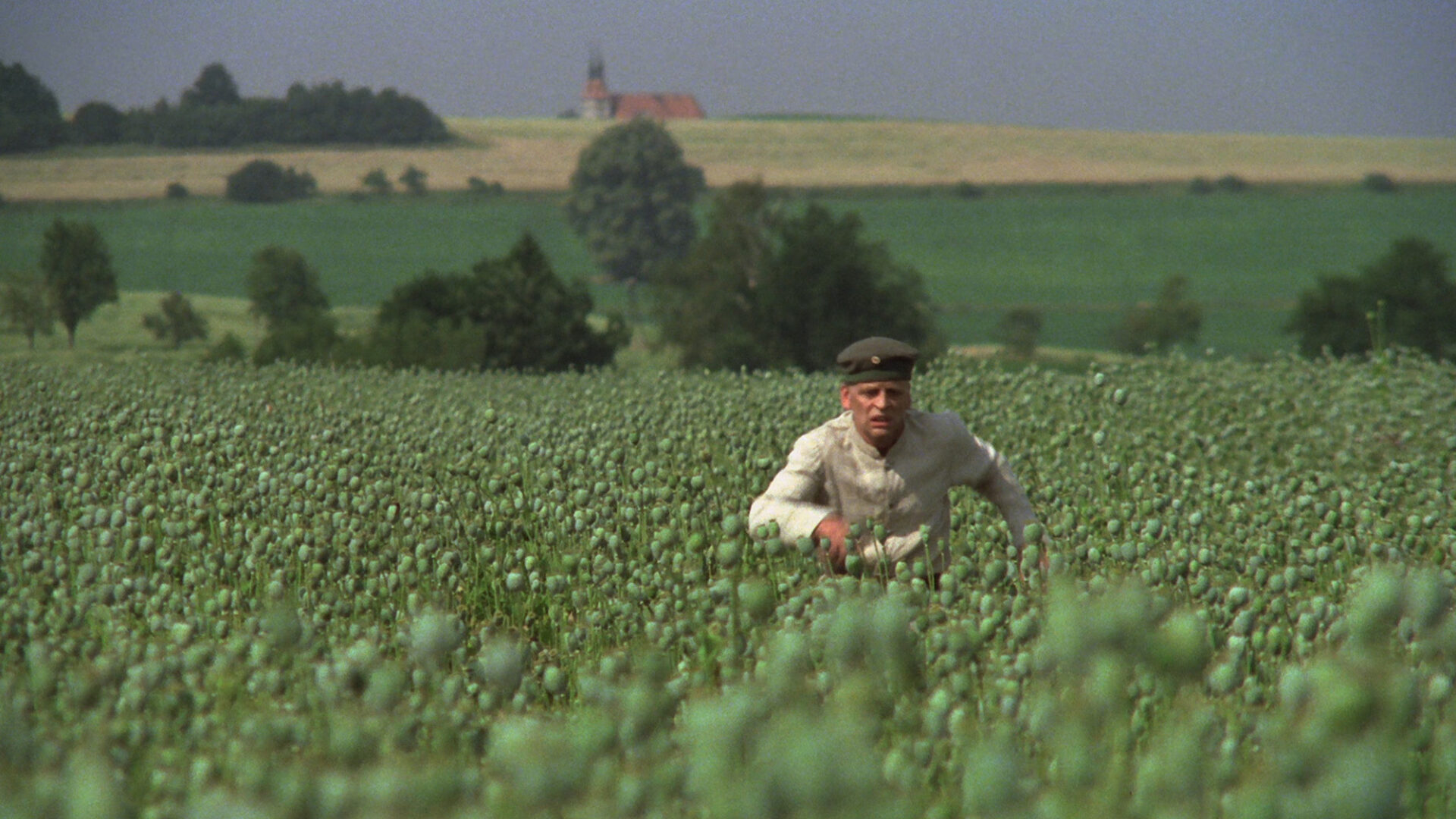 “A sharp parable on social oppression and dormant rebellion … There are echoes of Beckett and Brecht … Kinski [is] extraordinary once again.”

Days after wrapping production on his version of Nosferatu (screening at The Cinematheque in October), Werner Herzog began shooting, with the same crew and star, this adaptation of Georg Büchner’s groundbreaking (but uncompleted) drama. Written in 1836 but not performed until 1913, Woyzeck is often cited as one of the first modernist plays—for its fragmented structure, absurdist sensibility, and unprecedented use of a proletarian protagonist as a tragic figure. Klaus Kinski plays Woyzeck, a lowly army private stationed in a provincial town. Tormented by apocalyptic visions, victimized by his superiors, wracked by sexual jealousy, and forced by economic need to participate in bizarre medical experiments, Woyzeck is inexorably driven to madness and murder. Herzog, filming the work with a detached, formal precision, finds in Büchner’s misfit anti-hero a worthy successor to such Herzogian outsiders as Kaspar Hauser and Stroszek. Eva Mattes, playing Woyzeck’s wife, won Supporting Actress honours at Cannes.

“Hypnotic … Mysterious … Herzog is a poet for whom neither Marx nor Freud supplies all the answers.”

“Rich, mercurial … Woyzeck is arguably the most ​‘classical’ of Herzog’s films … Kinski agitates his narrative with a restless throb.”