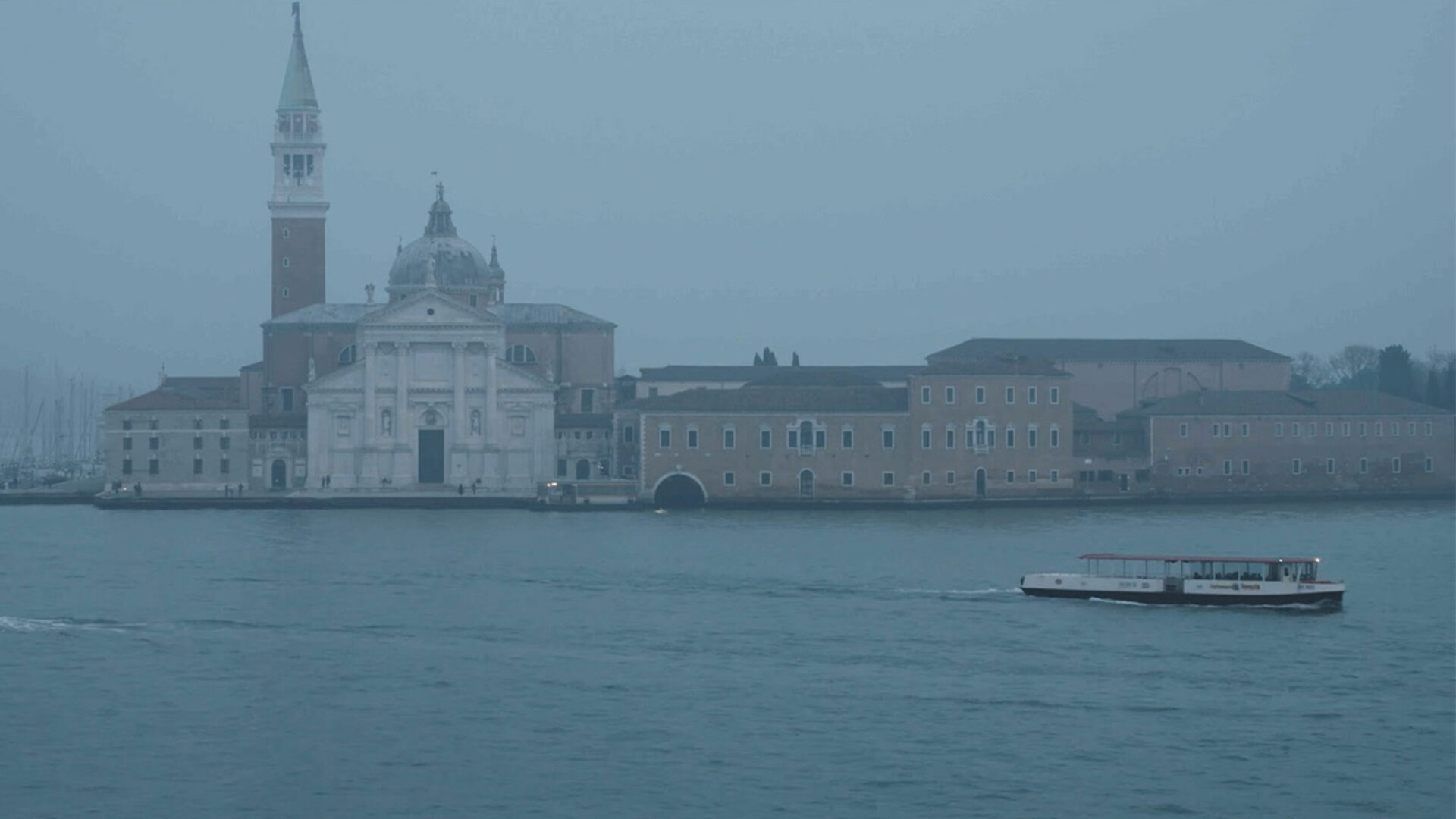 “An interlude of mournful and mirrorlike tranquillity … and also a diary, soaked in personal reminiscence.”

In this memoir film, director Andrea Segre (Shun Li and the Poet) shares that a crucial part of the legacy of his late father Ulderico, a molecular physicist, was photographic. Though not itself a surprise, it points to an unexplained gap: Ulderico was a prolific photographer and maker of home videos in 1960s Venice, but upon his move to Padua, where his work involving free radicals began in earnest and Andrea was born, he stopped cold: even childhood photographs of Andrea are hard to come by. Set in Venice, Segre’s film began shooting in February 2020, when the pandemic arrived with full force in Italy. So, instead of stories and answers, like in many an excursion into the past, Segre is met by silence, dead ends, and detours, left only to wander the tourist-emptied and suddenly placid canals of his father’s city.