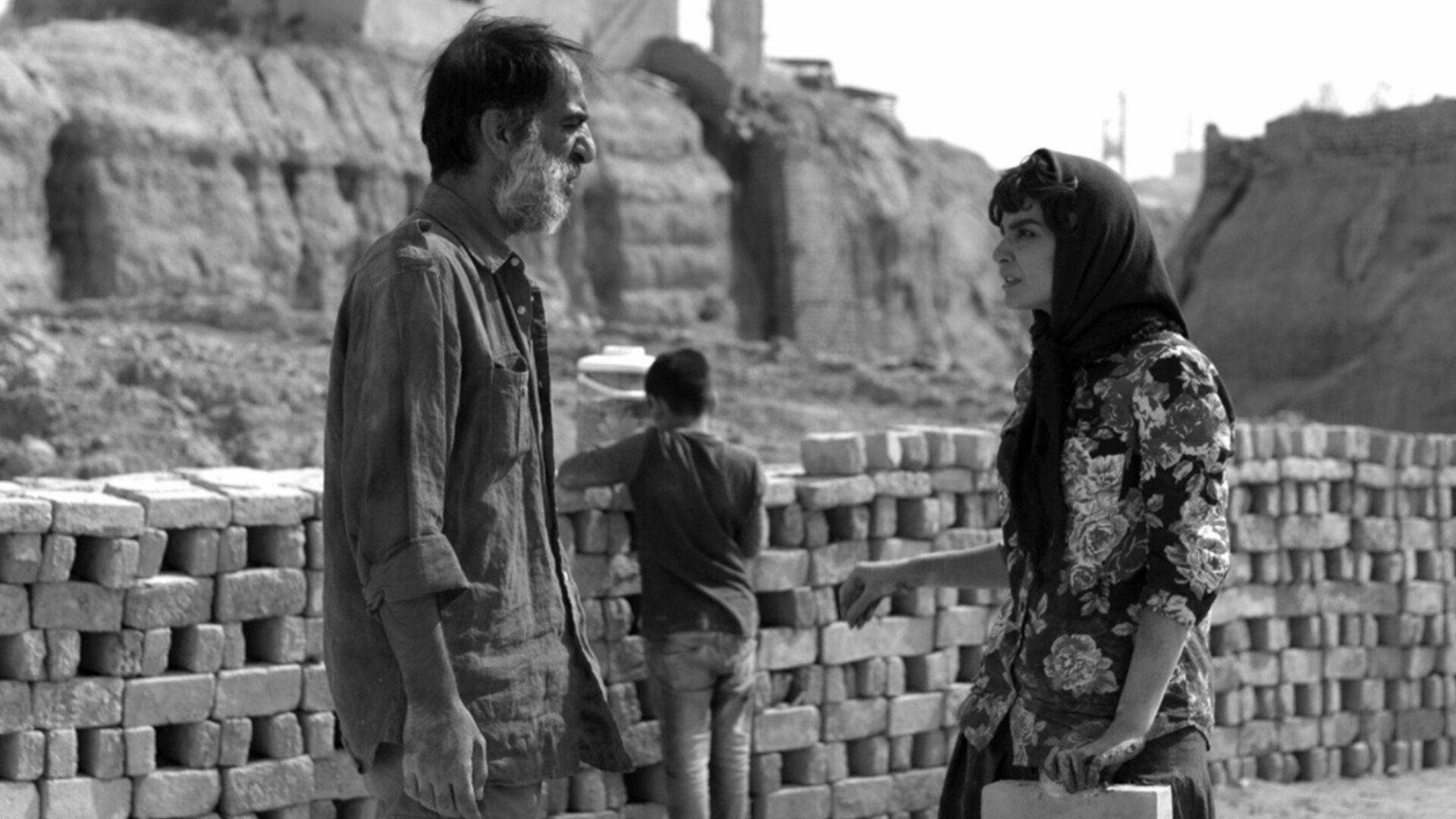 “A rare gem … A story so tightly focused, it’s almost a mythology of its own … Cinematically, this black and white masterpiece is a work of art.”

A traditional brickworks in modern Iran serves as metaphor and microcosm in this haunting drama, the standout second feature of writer-director Ahmad Bahrami. The facility, situated in a dusty backwater, still uses ancient methods to produce mudbricks. Its workers come from a variety of cultural backgrounds. Their foreman (and the film’s protagonist) is 40-year-old Lotfollah (Ali Bagheri), a factory lifer, quite literally (he was born onsite). When his boss announces the factory’s closure, Lotfollah hopes to somehow protect fellow employee Sarvar (Mahdieh Nassaj), the enigmatic woman he secretly loves. Bahrami’s slow-burning film experiments with a Rashomon-style narrative structure, repeating events from different perspectives. Beautifully shot in the high-contrast black and white and Academy aspect ratio of classic cinema, it also evokes, with its elegant long takes, the movies of Béla Tarr, Bahrami’s acknowledged favourite filmmaker. The Wasteland won major awards at Venice (including top prize in the festival’s Horizons section) and Hong Kong.

“Hypnotic … Each frame is charged with meaning … It is clear proof that the Iranian cinema remains strong, with some of the most striking and artistic voices in the world.”