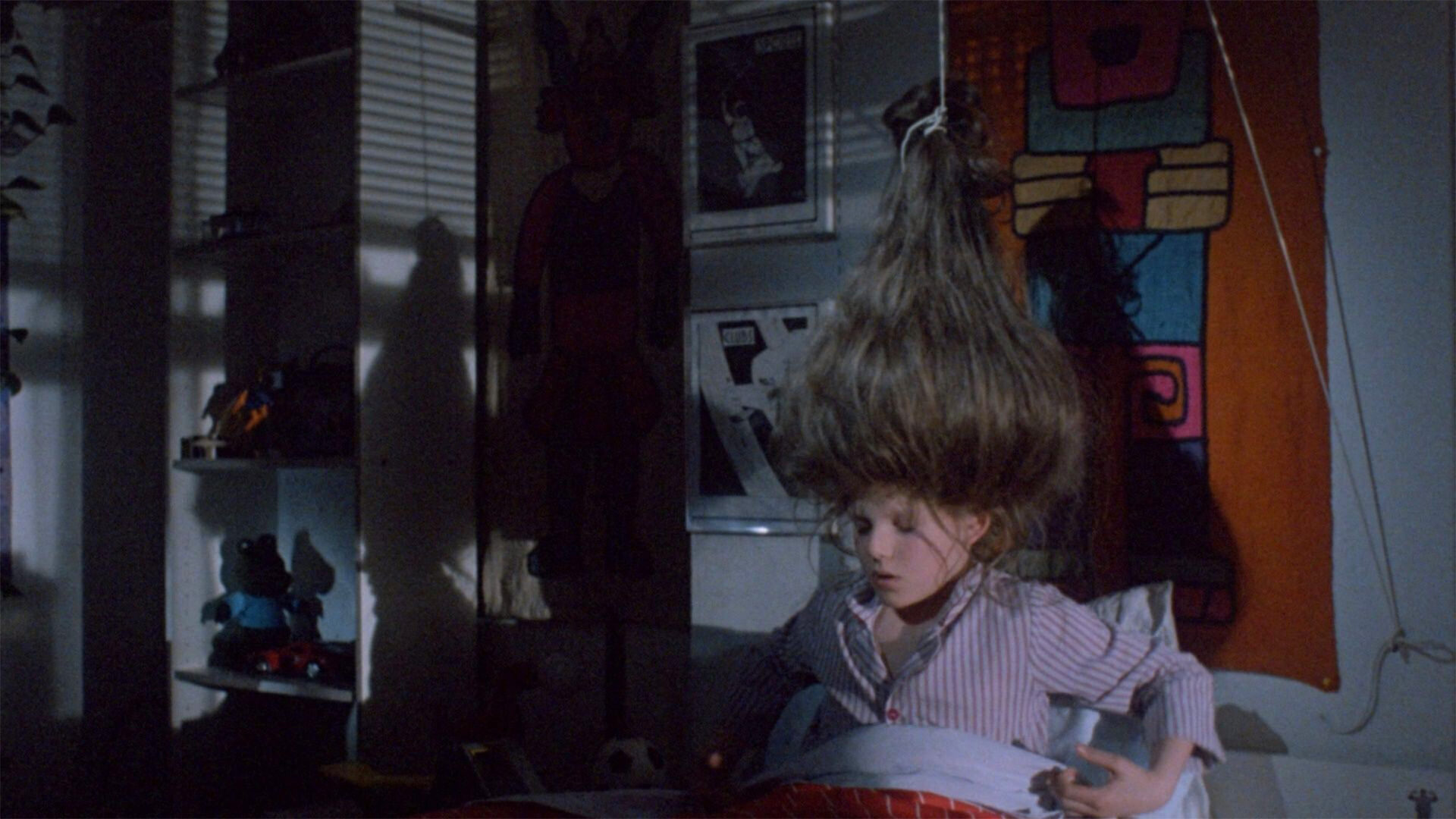 “An exceptionally weird kids’ movie … Maybe the strangest thing about the film is how popular it is: It’s not a stretch to say that Canadian kids of a certain era were as likely to see The Peanut Butter Solution as The Little Mermaid.”

The hair-raising Canadian comedy that creeped out a generation, The Peanut Butter Solution enjoys almost legendary status among those who saw it growing up—largely owing to its wonderfully nutso story! Eleven-year-old Michael enters a burned-out mansion and gets a fright that literally scares the hair off his head. Bald and bummed out, he’s visited by a pair of ghosts who offer him a remedy: a magic formula made of peanut butter, which mustn’t be overused. When Michael heedlessly adds extra PB into the concoction, not only does his hair grow back as promised, it won’t stop! The film, produced by the late Rock Demers (who died in August), is the stuff of weird but fond memories for many Gen Xers across Canada. Taking things familiar and safe—breakfast condiments, school teachers, heck, the follicles on our heads—it transforms them into elements eerie and unknown. Come trick-or-treaters, if you dare!

Free popcorn, Film Club badge (in a refreshed design!), and discounted ticket price for ages 13 and under.

“If [Rock Demers’s company] La Fête really is the ​‘Disney of the North,’ then The Peanut Butter Solution is undoubtedly our Freaky Friday.”

This Halloween-themed edition of Film Club occurs on Sunday, October 31, a departure from our usual third-Sunday-of-the-month spot. Film Club will resume its regular schedule in November.