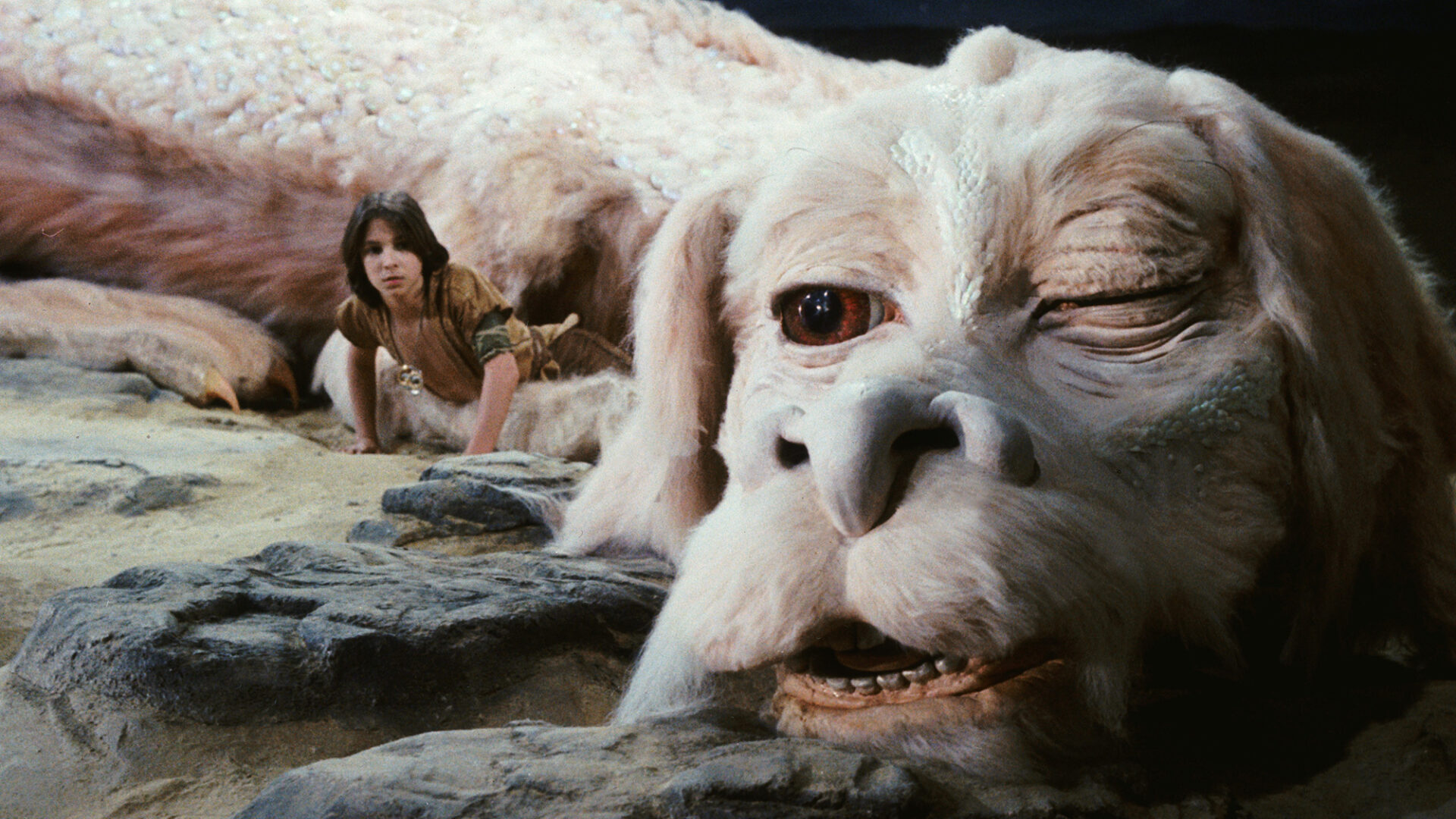 An epic tale of faith against impossible odds, The NeverEnding Story is that rare fantasy-adventure film that continues to inspire awe in audiences young, old, and in between. After the death of his mother, 10-year-old Bastian (Barret Oliver) struggles to cope with her absence and his father’s ​“feet on the ground” realism. When a chance encounter leads him to a mysterious bookstore (filmed in Vancouver’s MacLeod’s Books, still doing business today), Bastian is drawn into the magical realm of a strange novel. Soon, the boundaries between fantasy and reality start to erode as a dark force known as The Nothing threatens to devour the lands of Fantasia. The kingdom’s last hope rests on the courage of young Atreyu (Noah Hathaway), his luck dragon Falkor, and, incredibly, Bastian himself! Based on the novel by Michael Ende, this beloved 1984 children’s film was German director Wolfgang Petersen’s imaginative follow-up to the Oscar-nominated Das Boot.

“Wolfgang Petersen’s sophisticated fantasy film is so wonderfully appropriate to children that it seems to have been made by kids. But there is enough artistic merit in the tale to enchant adults equally.”

“Not since the kids in the audience were asked to save Tinker Bell in Peter Pan has the outcome of a story been left so clearly up to a child’s willingness to believe … It lets kids know that the story isn’t just somehow happening, that storytelling is a neverending act of the imagination.”