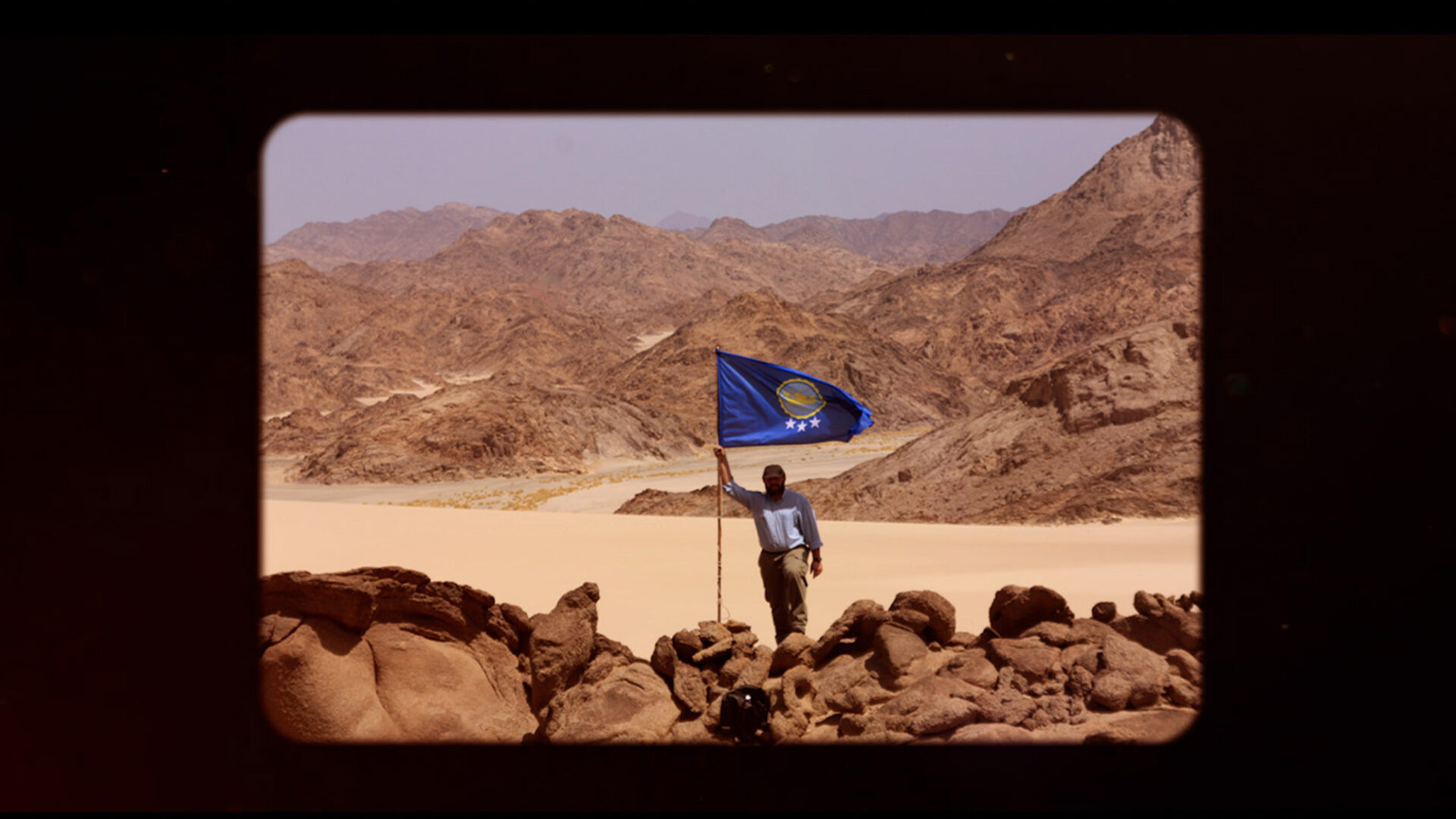 Danny Abel’s documentary tells the incredible, all-American story of Jeremiah Heaton and his geographical conquest. It all starts in 2014, when Heaton lays claim to 500,000 acres of desert land between Egypt and Sudan; his initial aim is to establish a kingdom so that his daughter can be made a princess. What follows is media attention, a movie deal with Disney, and a shift in motivation: Heaton decides to create a bonafide nation, with industry, a military, and more. Within a year of his flag-planting, he’s looking for access to the State Department and a deal with Trump associate Michael Flynn. Things get even stranger from there. Abel’s film is observational in style, but it has the feel of satire and allegory: in Heaton, the director has found a figure who exemplifies the greedy, consumerist ambition that America has shown us so often in its history. Here, the avarice is scaled to the dimensions of one solitary man—a keyboard conquistador whose actions are hilarious and disturbing in equal measure.