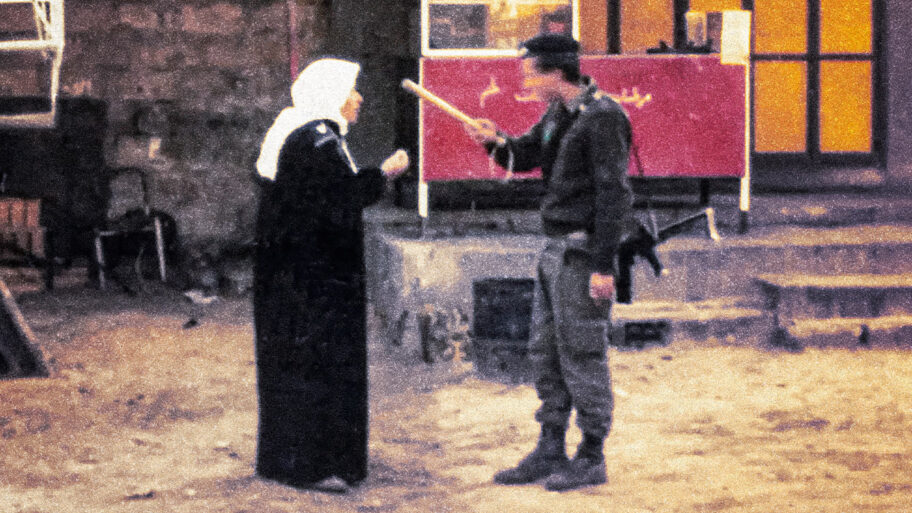 Addressing the audience direct to camera in English, Israeli filmmaker Avi Mograbi frames The First 54 Years as a ​“how-to” guide to civilian subjugation and oppression along ethnic and religious lines, through the example of a half-century of Israeli occupation of the Gaza Strip and the West Bank. This is jet black political satire, cold as ice. But the accounts (in Hebrew) of 38 former Israeli military personnel—most of them low or middle rank—can only be taken at face value as harrowing eyewitness testimony of decades of state-sanctioned brutality, crimes against humanity, and war crimes with or without a war. The 38 witnesses, 36 of them identified by name, belong to an organization called Breaking the Silence, which aims to educate about the realities of the Occupation—realities that have been effectively obfuscated and sanitized through the filters of government propaganda. It’s a sobering review, bolstered by an adroitly assembled archival chronology of an insoluble conflict. Both a potted history and a definitive repudiation of state policies both overt and covert, this is a film to be reckoned with by anyone remotely invested in the running sore of the Middle East.