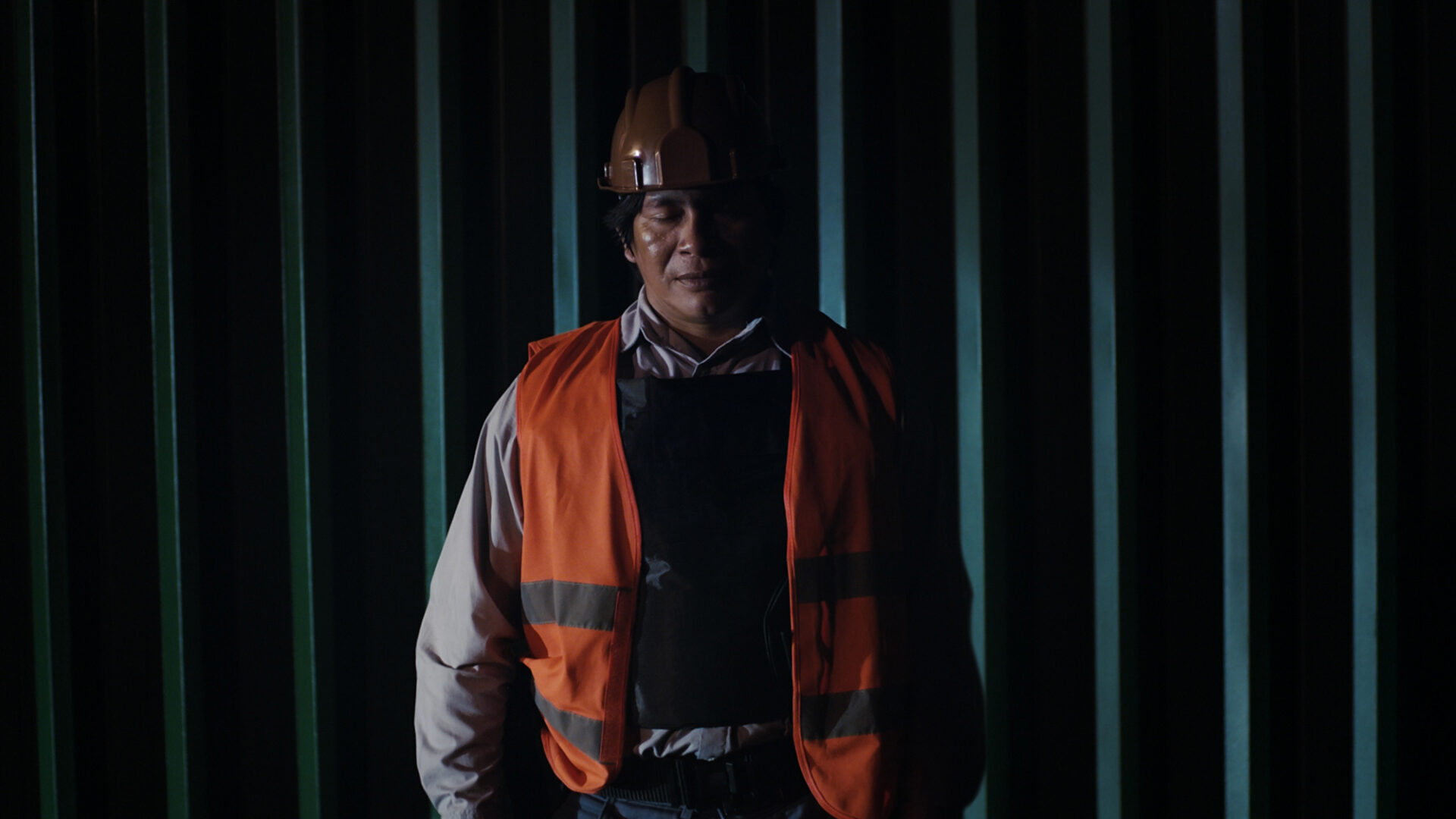 “Spellbinding … At once realist and mythic, modern and spiritual.”

A mysterious fever takes hold of an Indigenous migrant worker in Brazilian writer-director Maya Da-Rin’s richly enigmatic and bewitching fiction feature debut. Justino (Regis Myrupu, Best Actor, Locarno 2019) is a middle-aged father, widower, and member of the Desana people of the Amazon. Having left the jungle some twenty years ago for the industrial port city of Manaus, he now works security at a cargo dock and shares a home with his adult daughter Vanessa (Rosa Peixoto), recently admitted to medical school in Brasília. As Justino prepares to say goodbye to his daughter—herself reluctant to leave a father who never truly acclimated to the urban environment—a vague illness keeps him in a constant state of near-slumber. Meanwhile, a strange, possibly supernatural shadow creature stalks the area. Rendered in eerie nighttime photography and lush natural vistas, Da-Rin’s dreamy, quietly political film is a haunting rumination on the urbanization of the Amazon and the poisonous anti-Indigenous rhetoric of Brazil’s far-right leadership. In Portuguese and Tukano with English subtitles.

This rental includes access to pre-recorded Q&As with director Maya Da-Rin and cast members Regis Myrupu and Rosa Peixoto. The Q&As can be found by following the ​“Stream” button above and the videos will unlock once a ticket has been purchased.

“Quiet [and] heart-breaking … An entrancing film.”