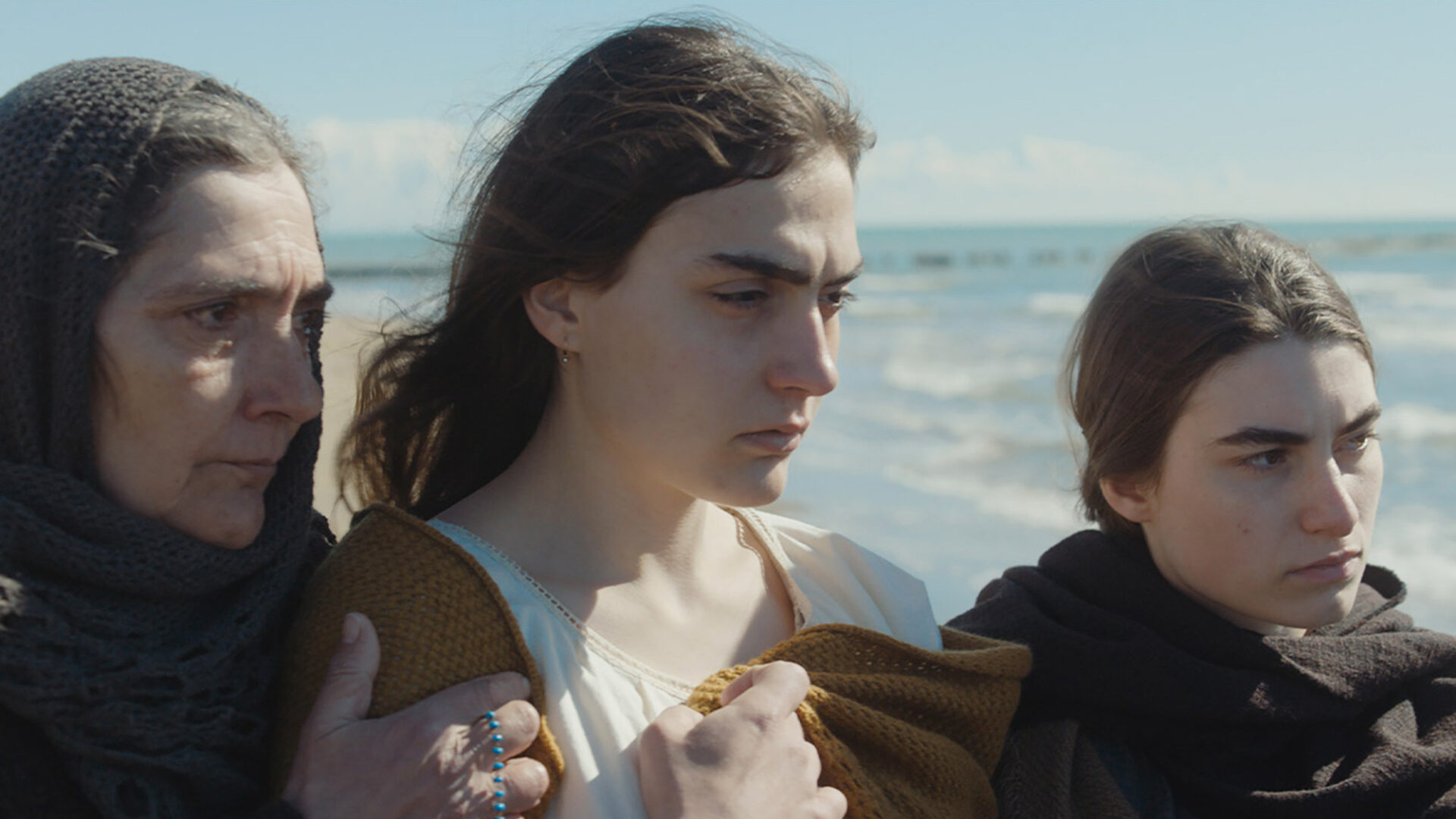 Agata, a young woman living in early twentieth century rural Italy, has experienced the unspeakable tragedy of losing her child at birth. Convinced that her infant daughter lingers in the perpetual darkness of limbo, she makes an uncharted journey to the unfamiliar, frigid north in search of a mysterious sanctuary that will restore her child’s soul to heaven. Encountering various obstacles and characters along the way, the story plays as a myth from antiquity. Portrayed by actress Celeste Cescutti, Agata’s striking features invoke resemblance to history’s portrayal of the Virgin Mary in mourning. We are reminded of the Greek goddess Demeter reuniting with her daughter Persephone at the edge of the underworld, or an ethereal Arthurian figure on a quest for self-discovery. Through a deliberate use of magical realism to portray a world driven by a teetering balance of greed and generosity, director Laura Samani presents Agata’s odyssey as an unstoppable force of nature, propelled by the strength of a mother’s grief and love.