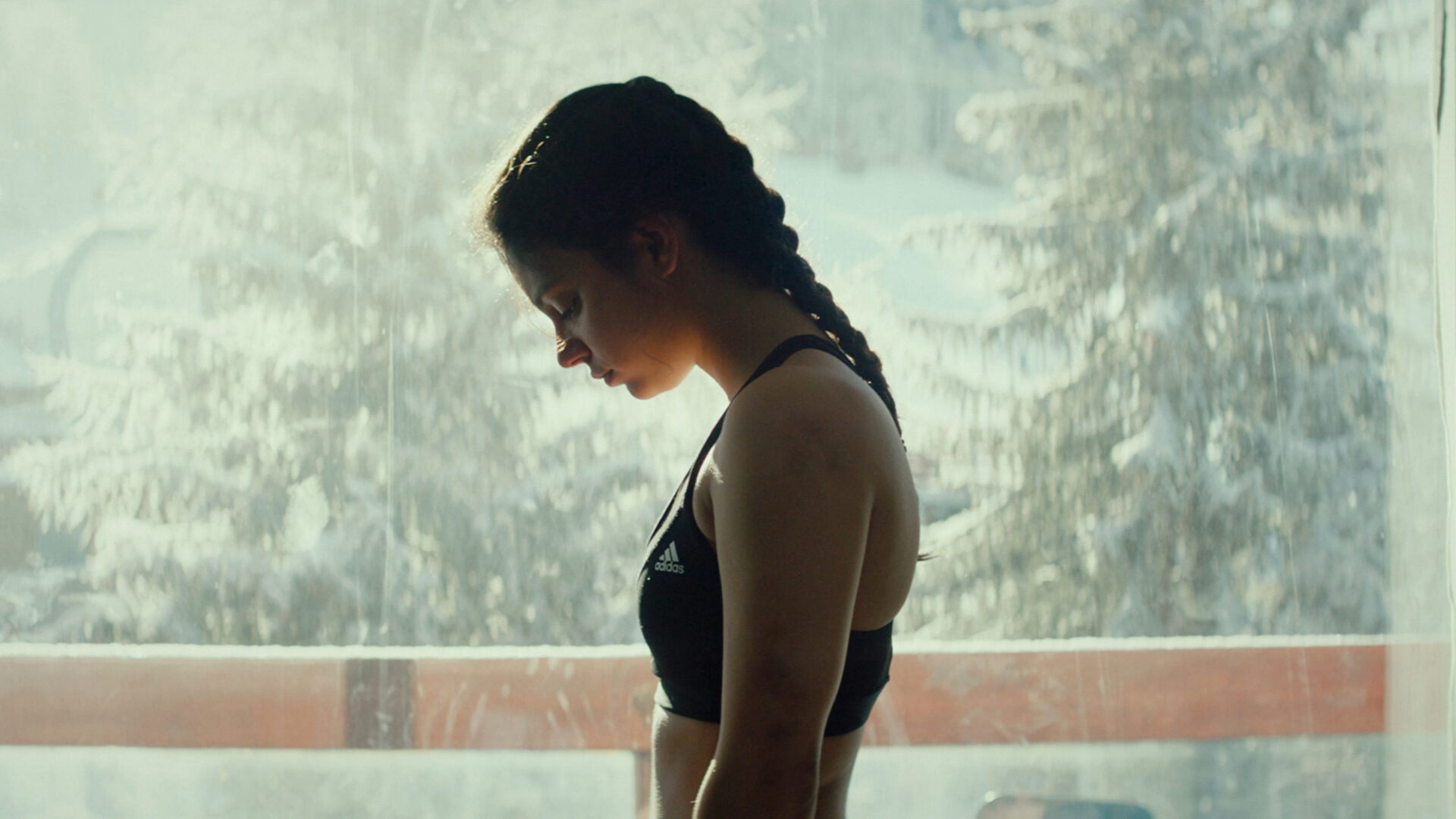 “Snaps across your face like a blast of cold mountain air … Shot with the kineticism of bodies in motion [and] the sensitivity of an early Céline Sciamma film.”

Selected for Cannes’s ill-fated 2020 festival, the blistering debut feature of French filmmaker Charlène Favier is a taut, terrifying tale of sexual abuse in the world of high-performance sport. Fifteen-year-old Lyz (phenomenal Noée Abita, of Philippe Lesage’s Genesis) has been admitted to an elite training program for Olympic skiing hopefuls. Effectively abandoned in the Alps by her single mother, the young recruit struggles to meet the grueling demands of her new coach Fred (Dardenne brothers mainstay Jérémie Renier), an exacting athlete-turned-instructor whose approval she covets. When Lyz starts winning golds and, with them, the favour of Fred, the intimacy—and calculated alone time—between the two intensifies, and the predatory design of their relationship gathers focus. Favier’s riveting film, punctuated by adrenaline-pulsing alpine cinematography and striking use of colour, does well to navigate the abuse through the eyes of its adolescent protagonist; her burgeoning sexuality, and groomed attraction to Fred, adds emotional complexity and confusion to her apprehension of the assault.

“Everything about this hard-hitting film is restrained, like a breath tightly held, and all the more powerful for it.”