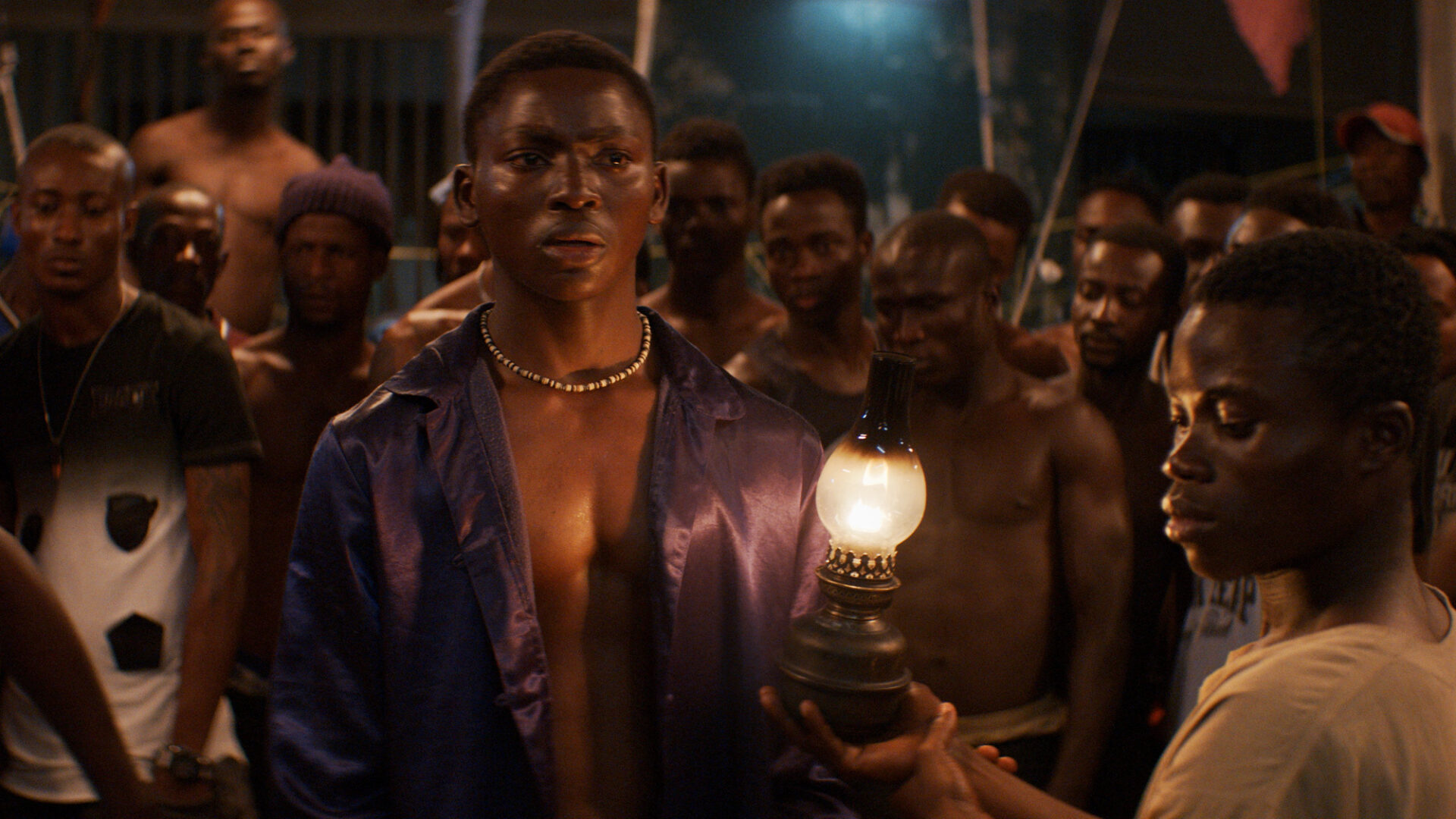 “Night of the Kings is a work of Shakespearean fabulism and gripping, energetic cinema, an altogether original vision from breakout Ivory Coast filmmaker Philippe Lacôte.”

A mesmerizing mix of propulsive prison drama and One Thousand and One Nights fantasy, Ivorian writer-director Philippe Lacôte’s sophomore feature—a Canadian co-production—turned heads on the 2020 festival circuit and was shortlisted (but ultimately not nominated) for the Best International Feature prize at the upcoming 93rd Oscars. Inspired by the figure of the griot in West African oral tradition, Lacôte’s film sets a Scheherazade-like narrative within the confines of La MACA, Côte d’Ivoire’s largest penitentiary. There, a newly arrived prisoner (Bakary Koné) is forced by the ruthless head inmate (Steven Tientcheu) to serve as ​“Roman” (storyteller): he must spin captivating tales until sunrise or face deadly consequences! A long, ritualistic night of performance ensues, as the frantic Roman conjures up stories of Zama King, a legendary hoodlum with origins stretching back to mystical, precolonial times. Leos Carax leading man Denis Lavant has a supporting role. The arresting visuals are by Montreal cinematographer Tobie Marier Robitaille. In French and Dyula with English subtitles.

“A Lord of the Flies parable with the soul of a medieval fable …The film’s a tribute to the power of imagination and storytelling, and it’s like nothing you’ve seen before.”