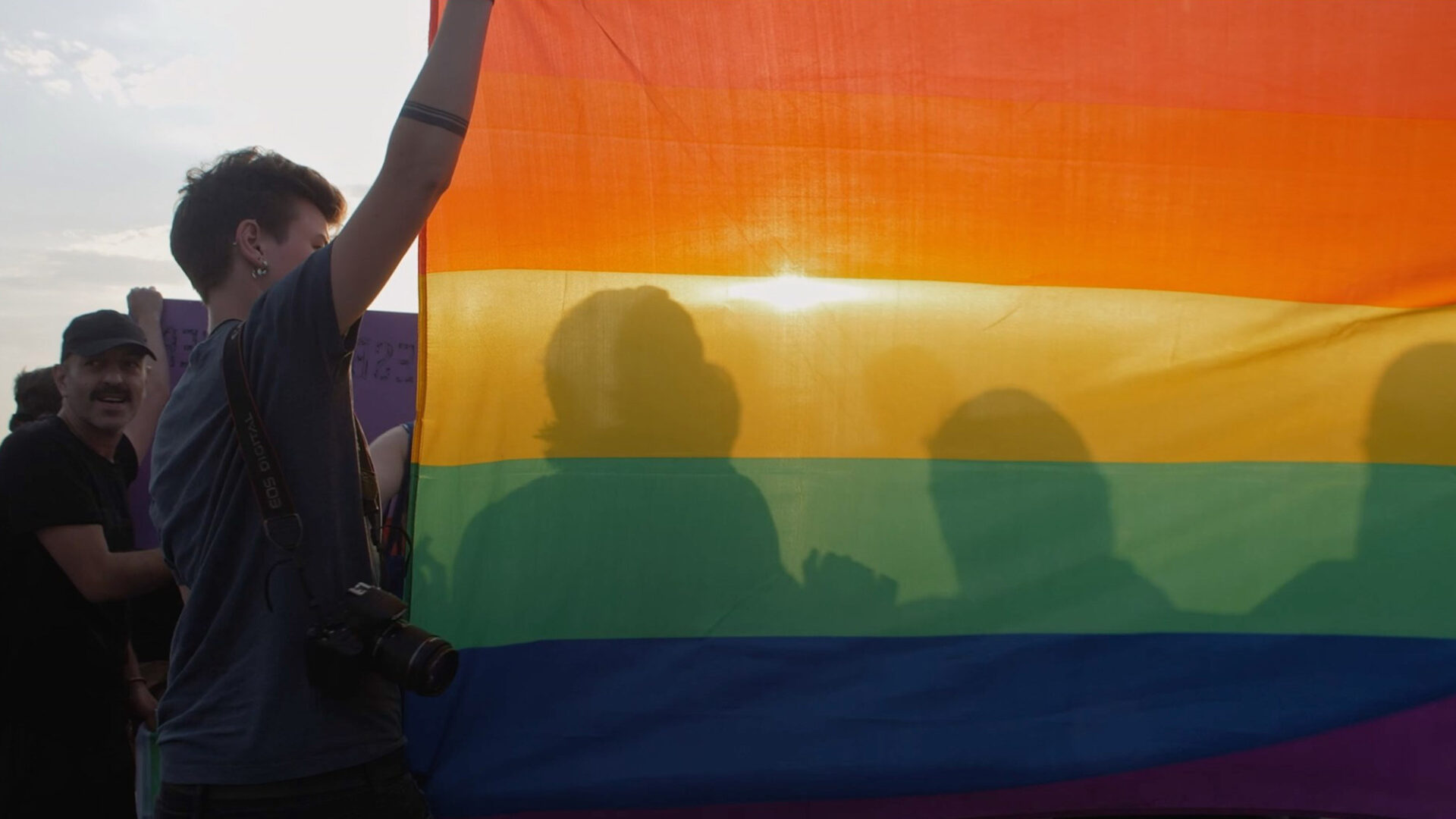 “This brave and intelligent documentary should serve as a call for support for queer Georgians, and a reminder that our safety within the nation state is only won through vigilance and solidarity in the face of oppressive power.”

At the time of writing, protests in Tbilisi, Georgia, have erupted in response to the death of a journalist who was beaten, along with dozens of others, during a violent storming of Tbilisi Pride headquarters by anti-LGBTQ+ demonstrators. The homophobic attack, all but endorsed by the country’s Orthodox Church and much of its ultraconservative parliament, led organizers to cancel the capital city’s 2021 Pride March out of legitimate concern for citizens’ safety. March for Dignity, a chronicle of Tbilisi’s first-ever Pride March in 2019, is a sobering testament to the overwhelming opposition and genuine danger faced by queer activists, educators, and out individuals living in the turbulent nation. Against the backdrop of Georgia’s ongoing identity crisis, where a geopolitical tug-of-war between Russian and European influence rages on, John Eames’s rousing documentary follows a small team of exceptionally brave and resilient Tbilisi Pride members as they attempt to mobilize a public march for LGBTQ+ rights and visibility while evading persecution by far-right nationalist mobs.