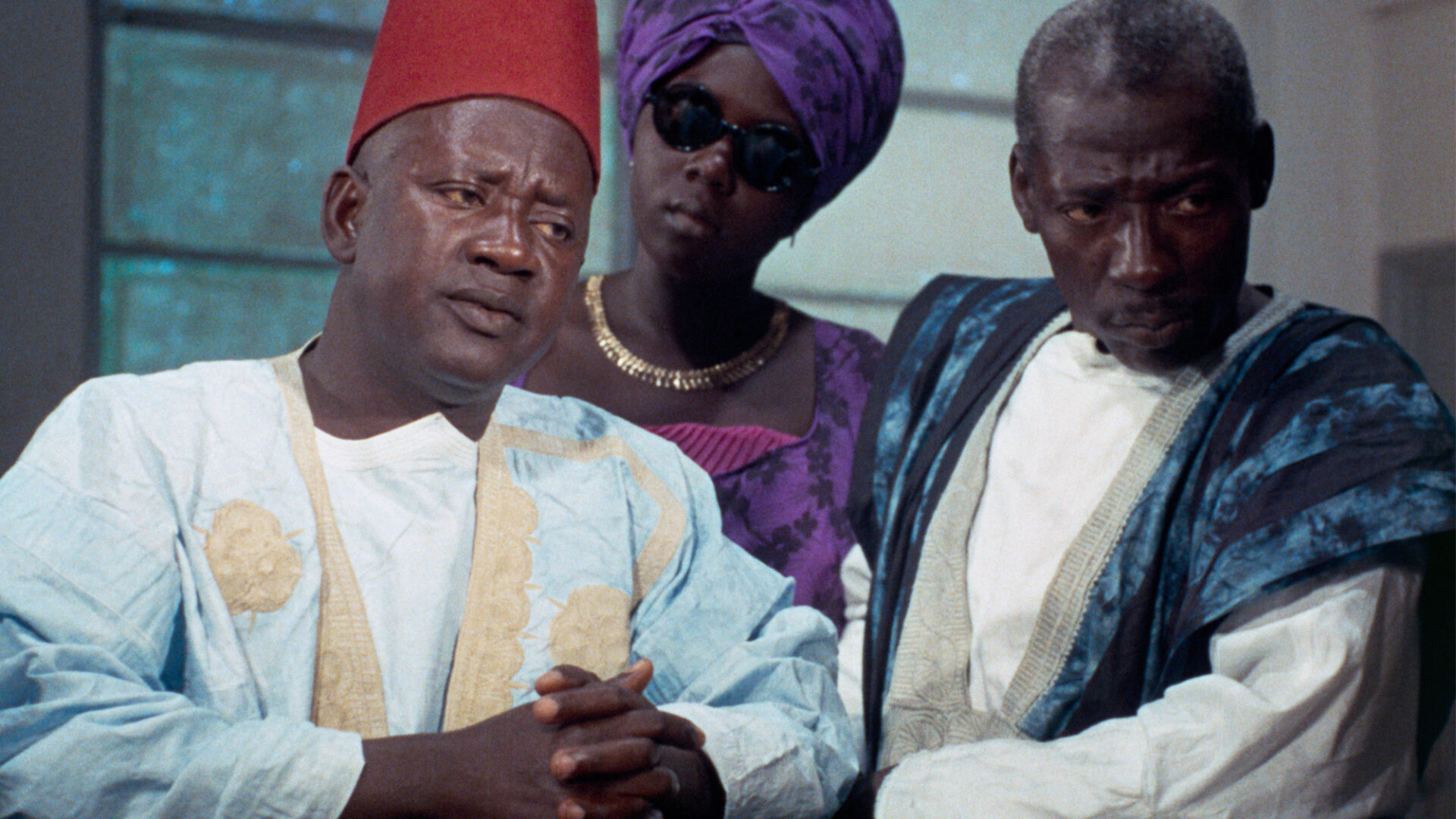 The sophomore feature of Ousmane Sembène, ​“father of African cinema,” was the first film made entirely in his native Wolof language. An acerbic, wry tale of poverty, greed, corruption, and human folly, it centres on Ibrahima Dieng (Makhourédia Guèye), an unemployed father of seven, husband of two, living in a small Muslim community in Dakar. When he receives an unexpected money order from a nephew in Paris, news of his impending (and exaggerated) fortune summons villagers to his door to solicit loans and repayments. But attempts at cashing the order are frustrated by a stream of bureaucratic red tape, with each rapacious step sinking Dieng further into debt and desperation. Adapted from the director’s own 1966 novella (Sembène was an esteemed literary figure before becoming African film’s preeminent auteur), this darkly comic satire is exemplary of the master’s incisive, indigenous perspective on postcolonial Senegalese society, and the legacies of European oppression still rooted in it. Special Jury Prize, Venice 1968.

To stream this film:
Click on the ​“Stream” button above.
This will take you to Janus Films’s streaming platform, where you can watch the film.
Purchase a virtual ticket for $10 USD (you may need to create an account first).
Once a vir­tu­al tick­et has been pur­chased, you have seven days to start watching the film.
Once you begin, you have 72 hours to finish watching.
If you are having technical issues with the stream, please click here.
This film is avail­able to stream in Cana­da only.

“A richly comic and multi-textual first cousin to Bicycle Thieves.”