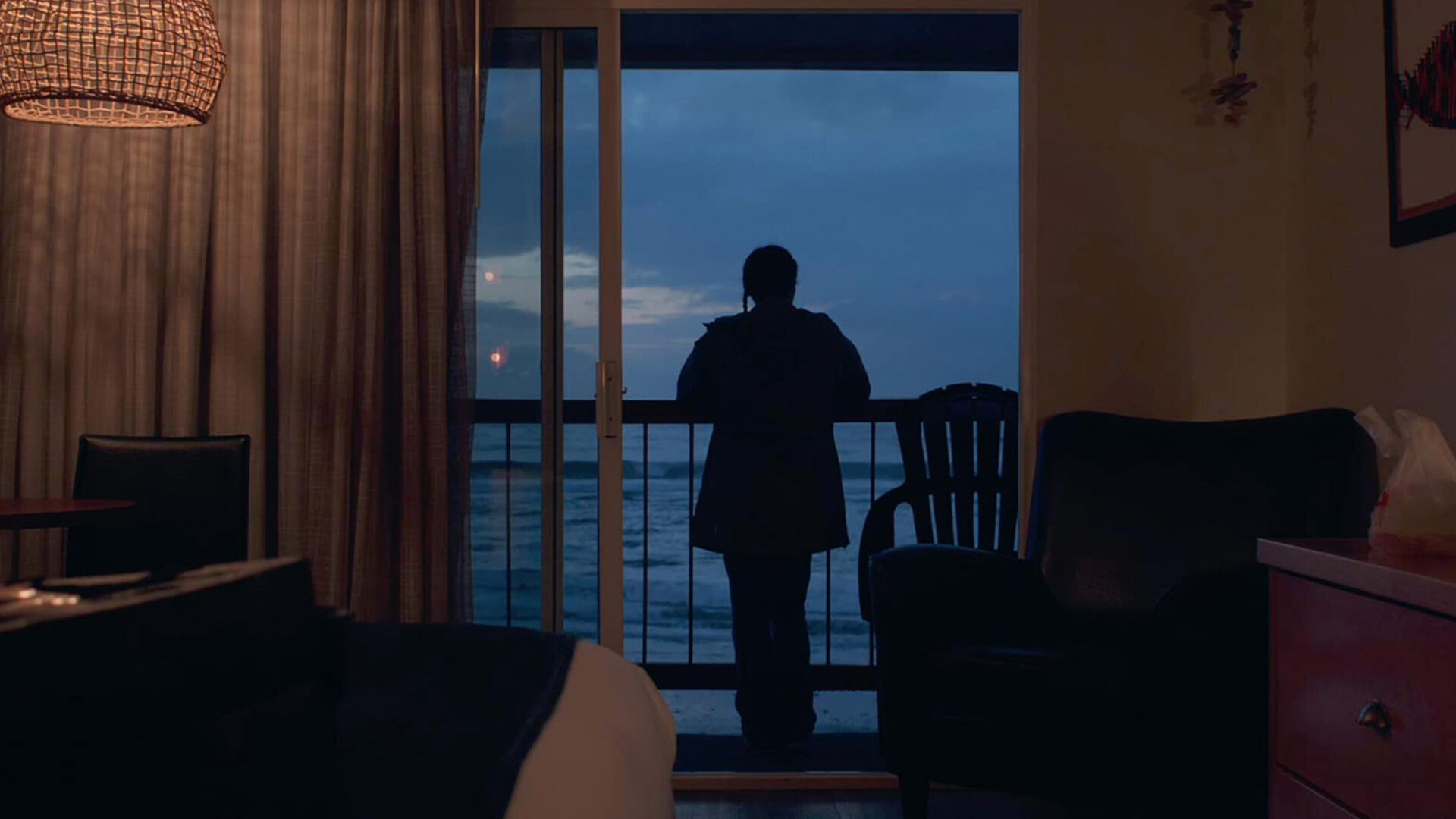 “An essential portrait of contemporary Indigenous life … It refreshingly centres the Native perspective, and beckons audiences onto its wavelength by tapping into something more intuitive, the stuff of dreams.”

In-theatre encore! Rooted in the origin-of-death myth of the Chinookan peoples, the spellbinding debut feature of acclaimed Ho-Chunk/Pechanga visual artist and filmmaker Sky Hopinka is a remarkably immersive experimental documentary that glides poetically—metaphysically—between the realms of nature, spirit, and self. The culmination of Hopinka’s recent video art on Indigenous language and tradition, maɬni (pronounced moth‑n ee) centres on two friends of the director: Sweetwater Sahme, an expectant mother; and Jordan Mercier, a young father and keeper of the near-vanished Chinuk Wawa language (which Hopinka also stewards). Trekking through the lush wilds of the Pacific Northwest, the film’s subjects reflect on identity and ancestry, and share their beliefs about birth, rebirth, and the afterlife. Hopinka, a former SFU professor, attains an ethereal, dream-like quality by threading natural vistas, Indigenous ceremony, and fluid camerawork with ambient soundscapes and Chinuk Wawa narration. A transportive work from one of the most exciting artists practicing today. In Chinuk Wawa and English with Chinuk Wawa and English subtitles.

“Rapturous … [It] feels like a richly woven ghost story.”

“The perfect antidote to our current state of suspended reality … Hopinka subtly inverts the tropes of the ethnographic documentary to depict Indigenous life from an Indigenous perspective.”