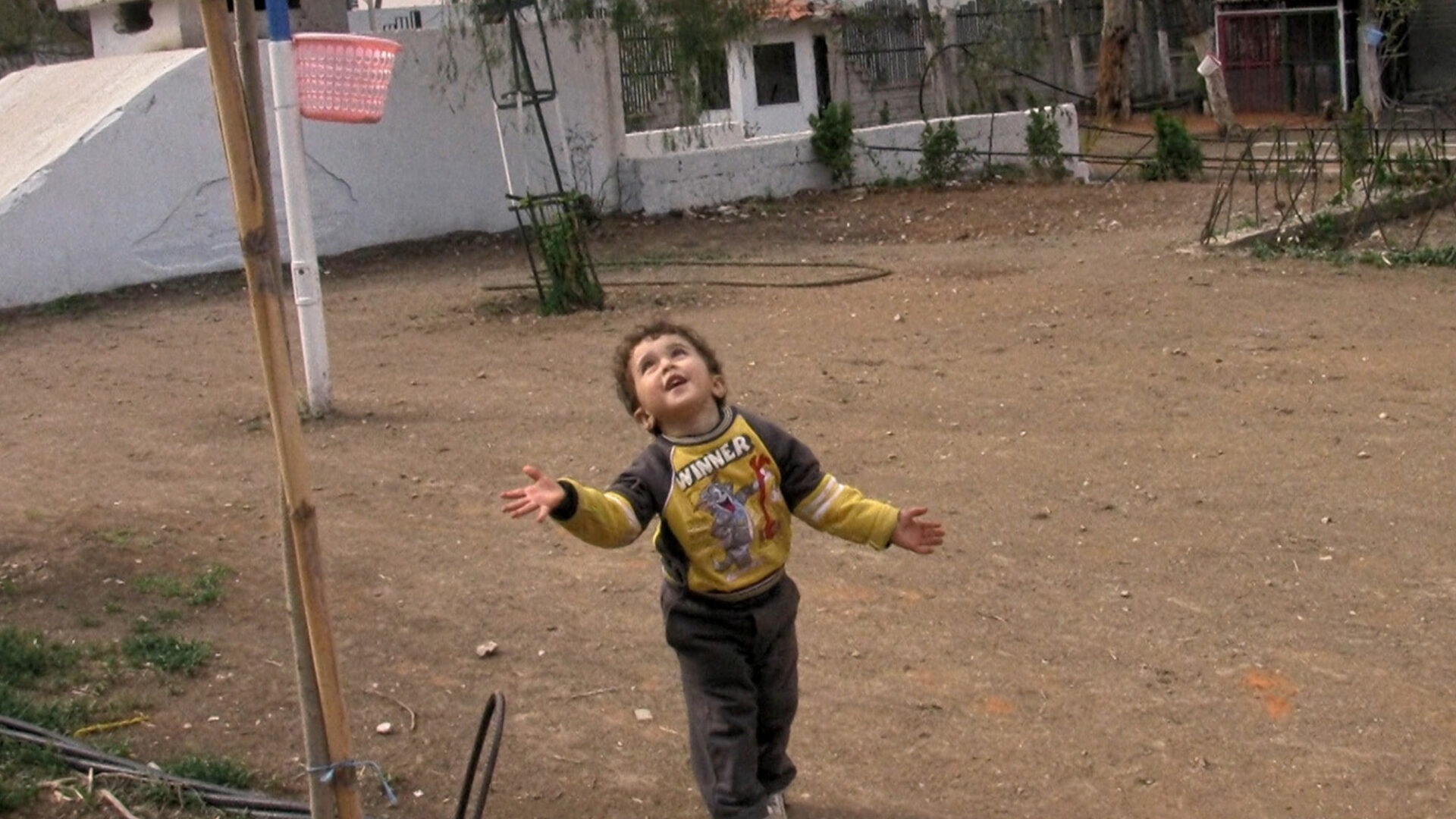 “Al-Khatib’s brave debut shapes up as a love letter to his fellow citizens and their humanity amidst a profoundly inhuman situation … a deep understanding of the strength that an image can have and the urgency for this reality to be seen.”

The Yarmouk district in Damascus was home to the largest concentration of Palestinian refugees in the world from 1957 to 2018. Besieged by the Assad regime during the Syrian Civil War, Yarmouk’s inhabitants do their best to resist despair in the face of dwindling supplies, impoverished conditions, and the constant threat of bombing. Director Abdallah Al-Khatib’s eloquent approach recognizes the difference between a person as object and person as subject, providing the people featured in the film true dignity. Poetic reflections intersect with the mundane realities of survival, as Al-Khatib notes that ​“under siege, individual sorrow is a luxury… for the besieged, collective pain is a quality and the path to survival.” Filmed over the course of four years, Little Palestine understands how the inhabitants of Yarmouk, full of music, stoic joy, and an unshakeable solidarity with each other, find meaning in the face of destruction.

Impact: Uncompromising films and insightful discussions that spark action and change the way we see the world.