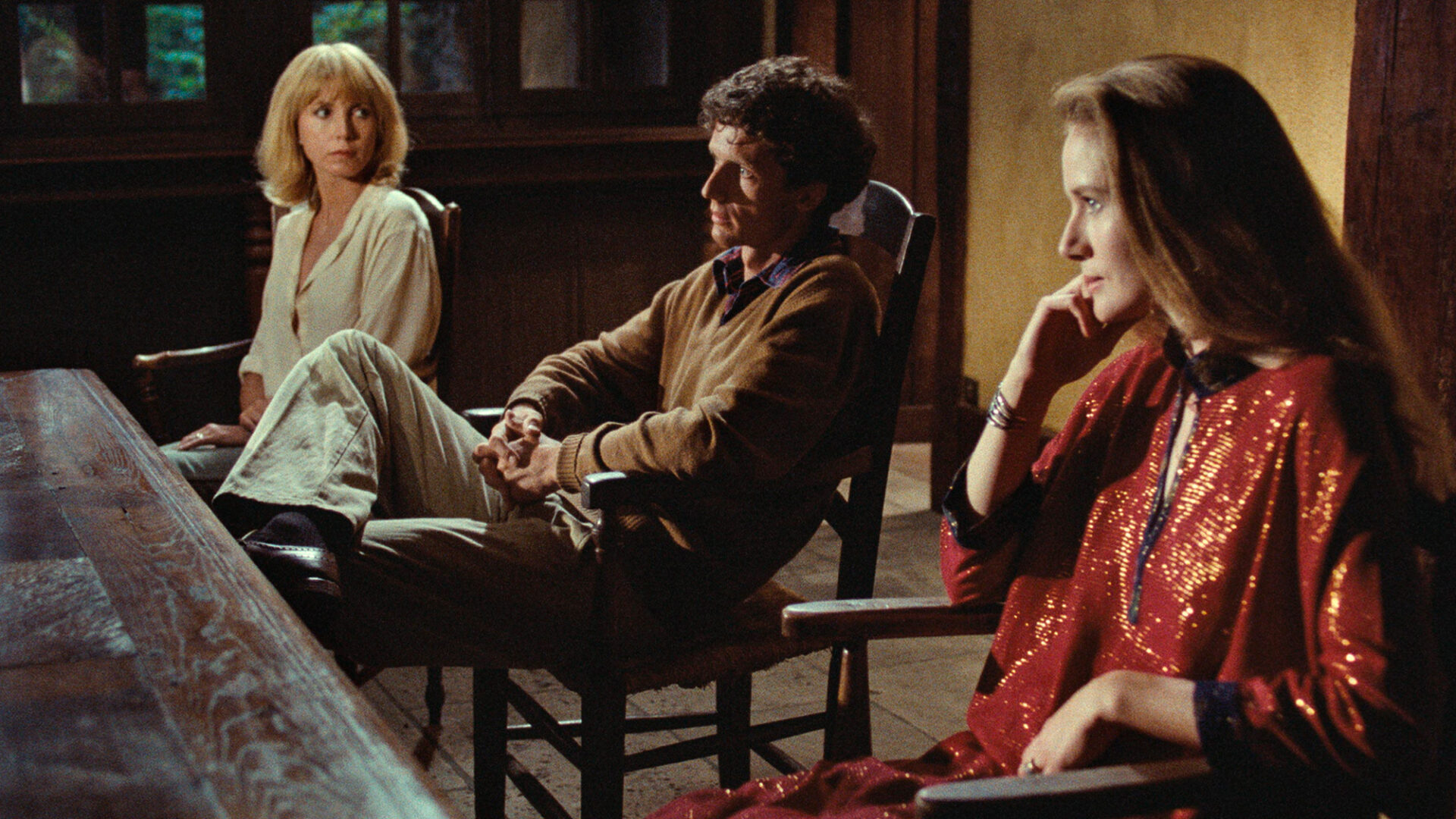 “As original as it is rare … Duras, one of the great modern novelists, was also an innovative filmmaker …To match the story’s might-have-beens, Duras invents the conditional tense on film.”

Now newly restored, this 1979 feature by modernist filmmaker and novelist Marguerite Duras (1914–1996) offers a tour-de-force example of her celebrated experimentation with cinematic and literary form. An unusual love story that is also a film about a film that was never made, Le Navire Night has spoken text and visual image playing off each other in fascinating, almost musical counterpoint. Offscreen, the voices of Duras and protégé Benoît Jacquot relate the tale to be told in this unrealized movie: an anonymous telephone romance between an ardent man and a dying woman who never actually meet. Onscreen, we see a distinguished cast—Bulle Ogier, Dominique Sanda, and Mathieu Carrière—prepare for its production, along with scenes of Paris, shot in seductive, sinuous fashion by cinematographer Pierre Lhomme’s travelling camera, that might serve as locations for its story. Both a dreamlike exploration of desire and language, and a bold exercise in disjunction between picture and sound, Le Navire Night is a beguiling work from a rarefied artist.

“Duras possesses a talent of great force and true originality.”

“A story of mad love, but impossible love … This admirable film [is] perhaps the most accomplished of the director …The cinema of Marguerite Duras is a source of specifically cinematic happiness.”