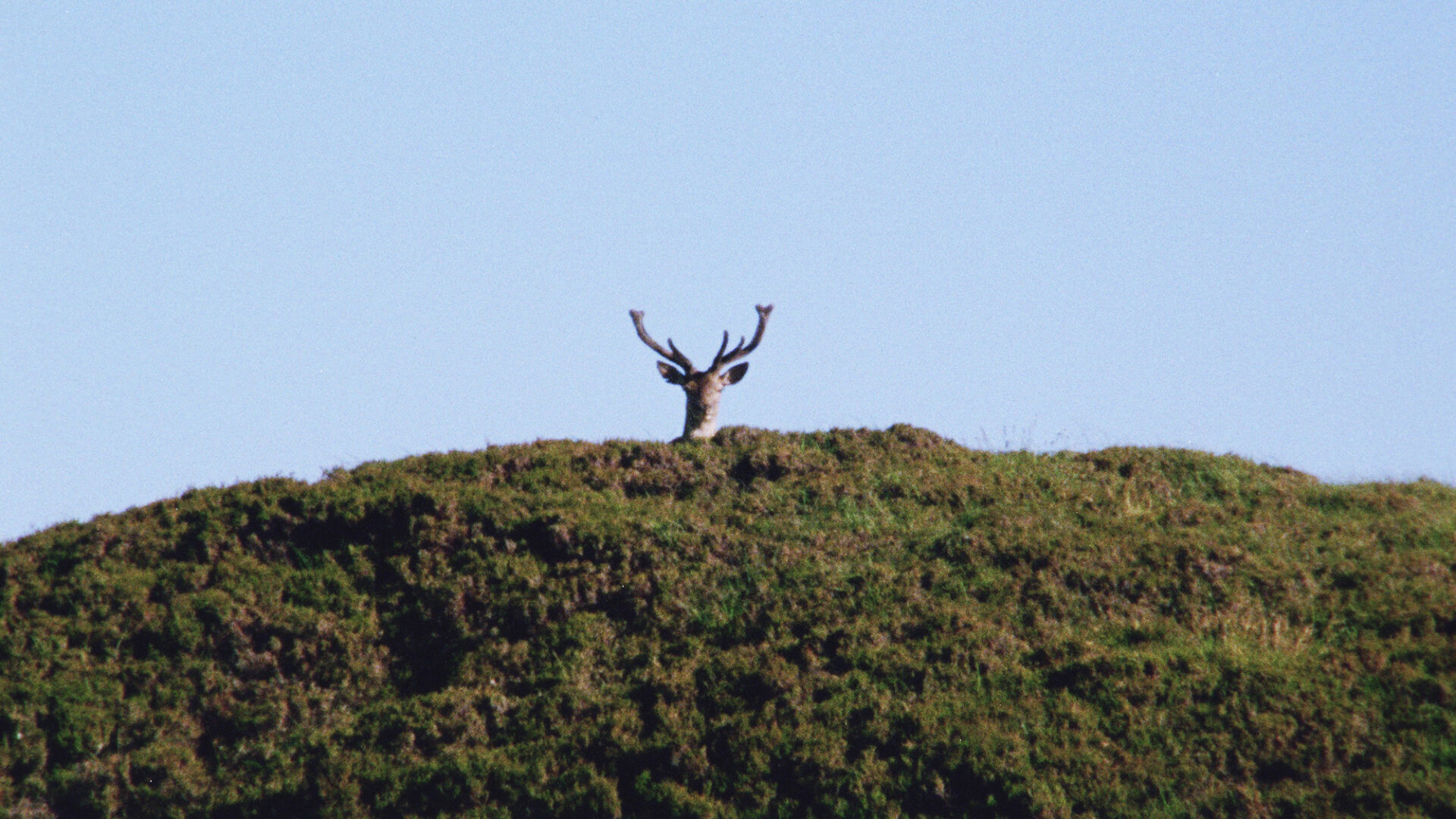 The Two Sights, the beguiling new ethnographic documentary by New York-based Canadian artist Joshua Bonnetta, and Hazel Isle, the nonfiction short for which Vancouver filmmaker Jessica Johnson was awarded the 2019 Lind Prize, share much in common. Both feature lush 16mm cinematography, a sculptural approach to sound design, and, most strikingly, the Scottish archipelago of the Hebrides as setting. Bonnetta’s film was shot on the Outer Hebrides; Johnson’s was shot on the Inner Hebrides. These complementary works screen together in an improbable Canadian program focused on the culturally endangered, possibly supernatural constellation of remote islands off the rugged west coast of Scotland.

Vancouver premiere! The faculty of second sight seemingly shared by inhabitants of Scotland’s Outer Hebrides is eerily, absorbingly explored in Canadian interdisciplinary artist Joshua Bonnetta’s bewitching nonfiction feature, his first as a solo director. (His previous feature, 2017’s El Mar La Mar, was co-directed with J.P. Sniadecki.) Harnessing the heady, experimental spirit of Harvard’s Sensory Ethnography Lab, this anthropological work marries exquisite 16mm portraiture of the windswept Scottish isles—bluffs and beaches, flora and fauna, sea and sky—with voiceover accounts of the strange, paranormal phenomena that has, for generations, been experienced and cultivated by the gifted (but dwindling) Gaelic locals. Apparitions, visions of fire, psychic bonds between human and non-human: these polyphonic stories, uncanny yet matter-of-factly related, bespeak a mystical connection between second seers and their homeland, a ​“thin place” where the veil between worlds is permeable. A captivating, at times chilling documentary marked by evocative soundscapes and haunting, analogue imagery. In English and Gaelic with English subtitles.

“Lush and watery … [It] foregrounds listening as a privileged sense akin to a second sight, one better attuned to ghostly ephemeralities than the fogged and blurred vicissitudes of vision.” Leo Goldsmith, Brooklyn Rail

“[A] multilayered tapestry, an archive of the unseen … The Two Sights hypnotically embodies something of a paranormal investigation, all the more haunting for being unable to extricate itself completely from the void opened up by its subjects.” Carson Lund, Slant

Vancouver filmmaker (and former Cinematheque projectionist) Jessica Johnson was awarded the 2019 Philip B. Lind Emerging Artist Prize for this beautiful 16mm portrait of a vanishing Gaelic culture on the Isle of Coll in the Inner Hebrides of Scotland. Pairing plein air footage of the island’s verdant landscape and ancient ruins with field recordings and narration by locals, Johnson’s poignant, personal film (she is a descendant of Coll’s traditional Gaelic speakers) is at once a paean to place and a lament for a disappearing history.

“A deceptively simple document. But as the scratches and pops of 16mm footage combine with the resonant images, a deep and profound emotional experience unfurls.” Dorothy Woodend, The Tyee