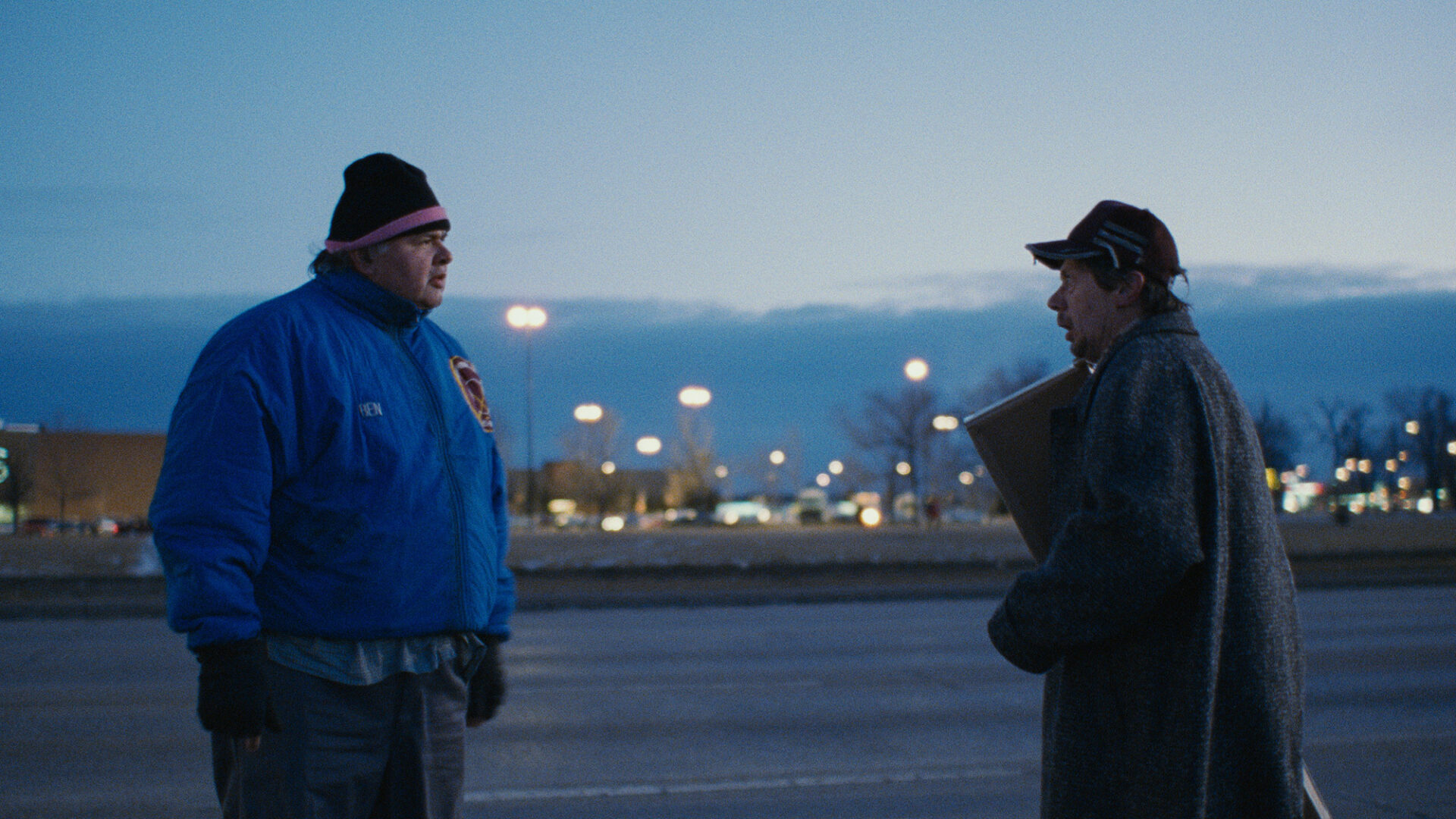 New 4K restoration! The touching, trenchant debut feature of Canadian writer-director Terrance Odette (Saint Monica, Fall) drew comparisons to Abbas Kiarostami and Samuel Beckett when it debuted (and won two prizes) at VIFF in 1999 and later screened at Sundance. Set in the depths of a Winnipeg winter, Heater stars the formidable Gary Farmer (Powwow Highway, Dead Man) as Ben, a homeless man caught in a dilemma: his ID has been stolen and he can’t claim his welfare cheque without it, but without the cheque he can’t afford to replace his ID. Stratford regular Stephen Ouimette plays The Man, who’s even more hard up; his sole possession, incongruously, is a brand-new space heater, still packed in its box, which he’d gladly swap for a few bucks. When circumstances throw the two desperate men together, a precarious friendship develops—as does a dubious plan to fully capitalize on the eponymous appliance. Odette’s funny/​sad gem impresses with fine performances and a minimalist sensibility that combines authentic detail with bracingly unsentimental humanism.

This free program includes access to a Q&A with director Terrance Odette and actor Gary Farmer, moderated by Dave Barber of the Winnipeg Cinematheque and recorded earlier this year.

“It feels like Canada’s answer to Iranian cinema … Or a wintry Waiting for Godot … A bleakly funny and poignant fable.”