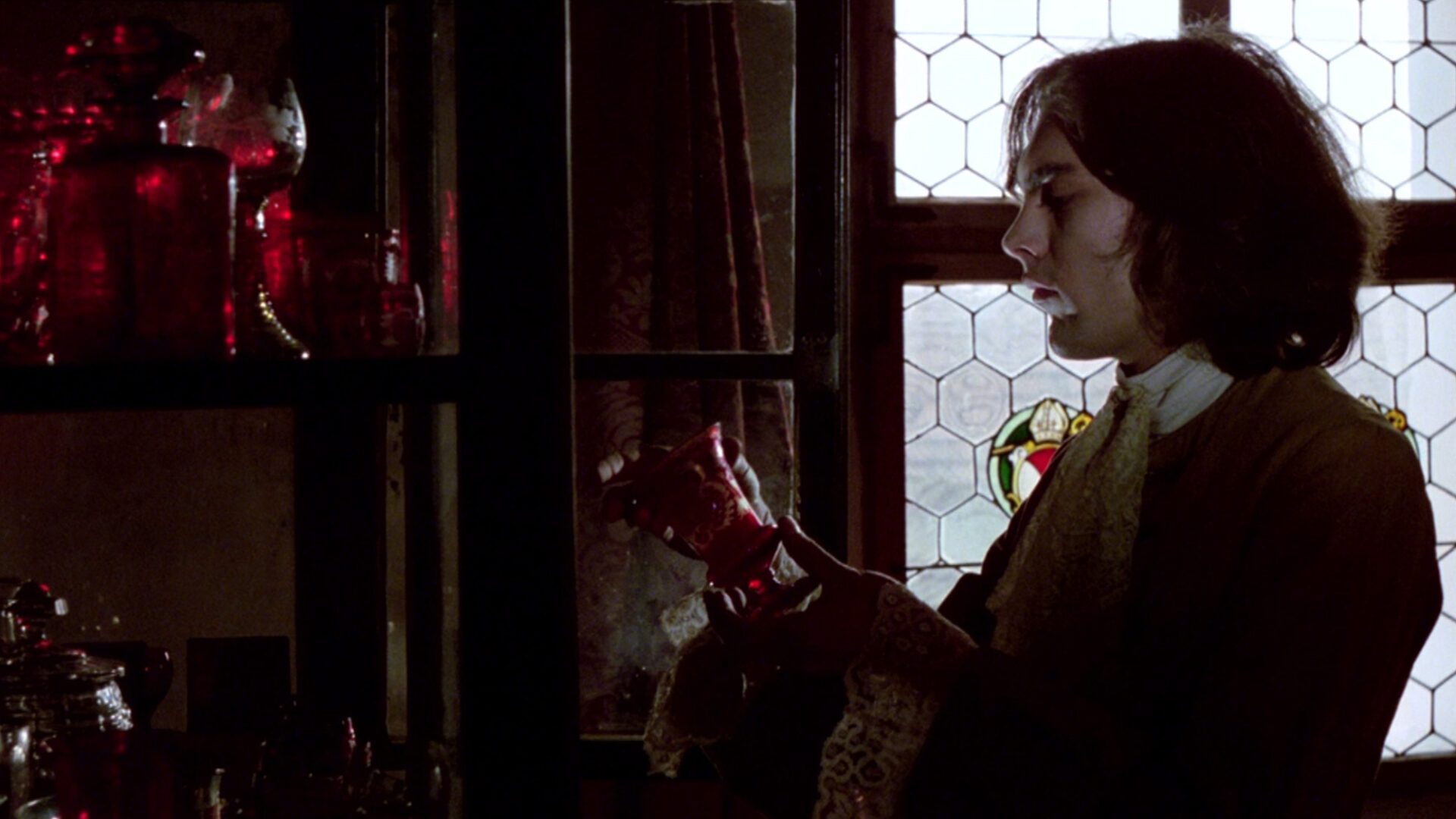 “One of the strangest narrative films in the history of cinema.”

Werner Herzog is a filmmaker legendary for daring to go to the extremes, and the ethereal Heart of Glass is a prime example: the director had his cast hypnotized every day in order to achieve a trance-like intensity. The film is set around 1800 in a Bavarian village renowned for the ​“ruby glass” produced by its glassworks. When the factory’s master glassblower dies before passing on the secret to making it, a mad, murderous effort ensues to recreate the lost formula. The film’s tone approaches the apocalyptic as events are observed, and the future augured, by a mystic named Hias (Josef Bierbichler, the one member of the cast not hypnotized). Herzog said his unusual working methods were designed to ​“convey an atmosphere of hallucination, of prophecy, of the visionary and of collective madness.” The influence of Caspar David Friedrich, the 19th-century Romantic painter, is evident in the film’s beautiful compositions.

“Extremely bizarre, but by no means unapproachable … It’s hard to imagine that anyone other than Herzog would have wanted to make a film like Heart of Glass.”

“Martin Luther said that if he knew the world were ending tomorrow, he would plant a tree. I would start a new film.”