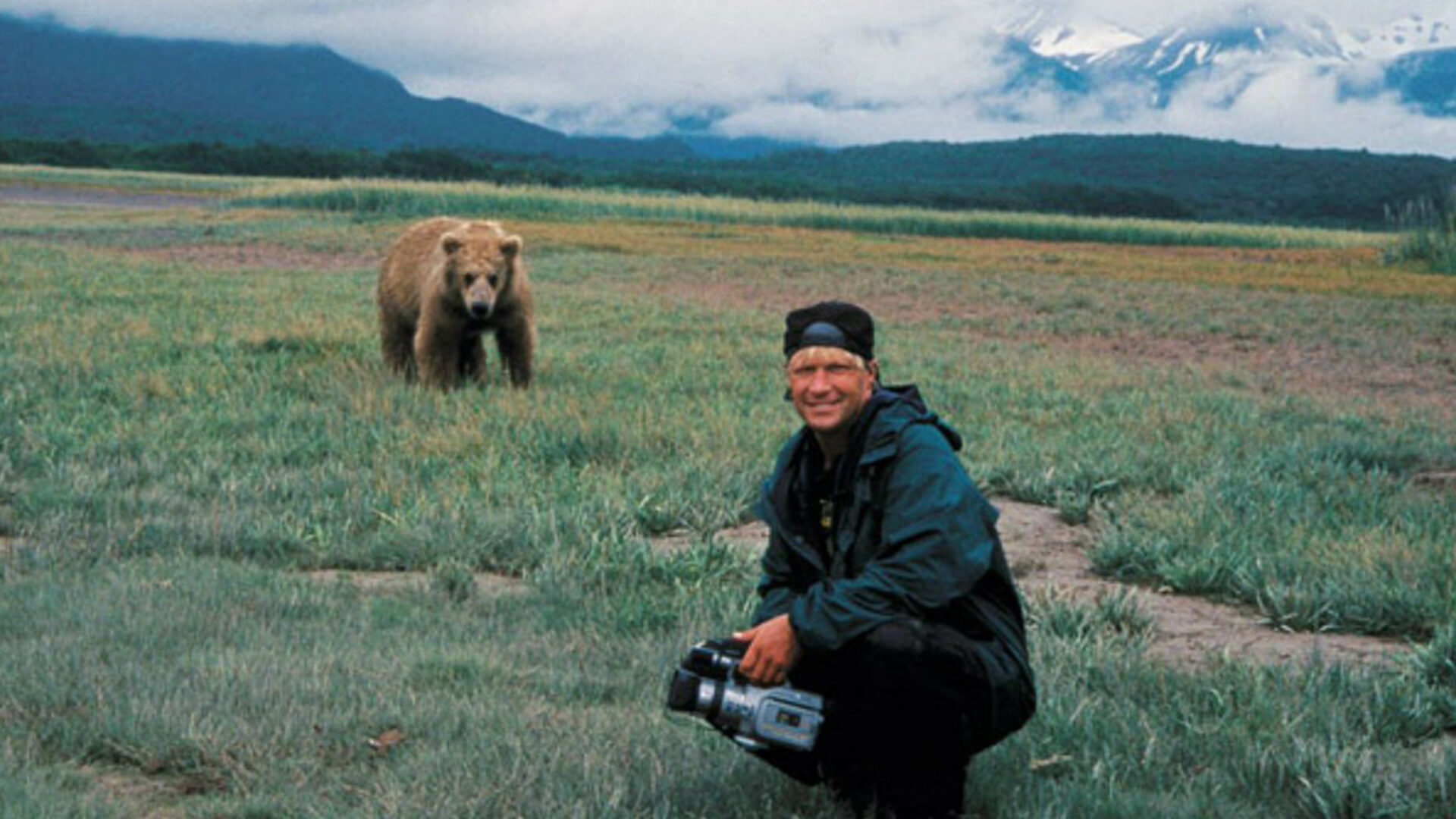 “Magnificent … A Shakespearean character study that packs the sheer terror of The Blair Witch Project … Each sequence is more astonishing than the last.”

Werner Herzog’s mesmerizing documentary explores the life and death of amateur grizzly bear expert and ​“gonzo naturalist” Timothy Treadwell, who for thirteen summers lived—rather recklessly, we now know with hindsight—amongst the grizzly bears of Alaska’s Katmai National Park. In 2003, the remains of Treadwell and girlfriend Amie Huguenard were discovered in the park, victims of a hungry grizzly. Treadwell left behind many hours of self-shot video footage of his life with the bears; Herzog shapes this material into a startling character study of a strange man who resembles the monomaniacal, man-versus-nature Herzogian heroes played by Klaus Kinski in the director’s fiction films. Treadwell’s tapes are a kaleidoscope of confession, performance, and self-reinvention; talking a mile a minute and sporting surfer-dude blond hair, bandana, and sunglasses, he appears as the over-the-top host of his own private reality series, his beloved grizzlies almost always nearby.

“Poignant, beautiful, and absolutely hilarious … Werner Herzog, that connoisseur of extreme figures in far-off places, has made an inspired documentary.”