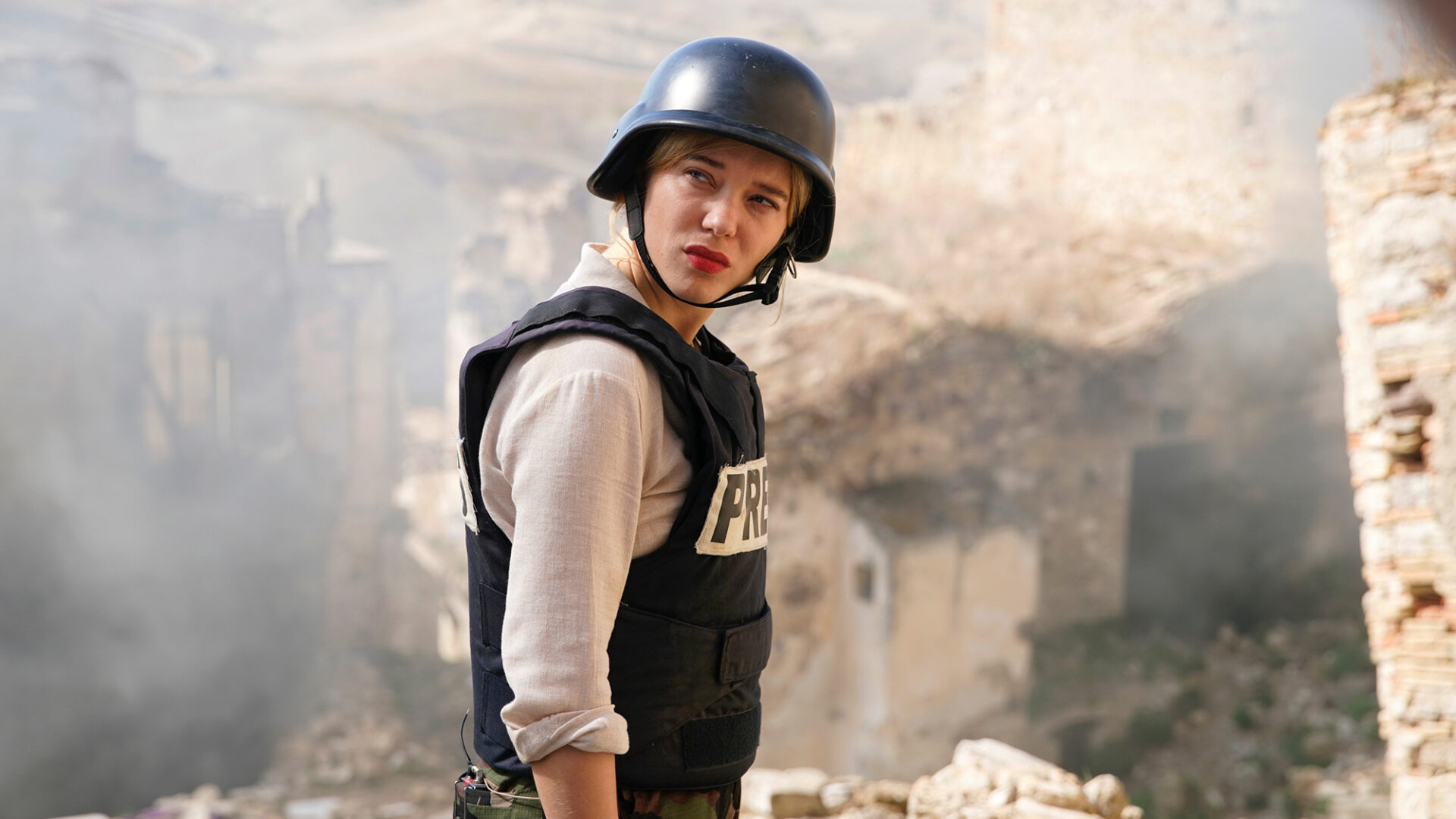 “Dumont delivers wild twists at a hectic pace, creating a kaleidoscopic frenzy of unreality and turning the daily life of a celebrity into a hallucinatory, media-saturated distortion.”

Pitched somewhere between satire and sincerity, this latest work from the wildly unpredictable French auteur Bruno Dumont will undoubtedly divide audiences over its inscrutable tonal register, which attracts and repels in equal, beguiling measure. The Cannes-premiered picture, Dumont’s follow-up to his two outré yet unalike Joan of Arc musicals, revolves around superstar television journalist France de Meurs (Léa Seydoux), famous for inserting herself—and her inflated ego—into foreign field reports, press conferences, and a hot-button current affairs program she hosts. When the Dior-clad newswoman accidentally strikes a motorist with her car, she suffers a crisis of character that sees her rejecting her celebrity and entering into an extramarital affair in the Alps. But how genuine her existential awakening really is—and how genuine Dumont is in portraying it, given the film’s erratic mood swings from parody to melodrama to po-faced seriousness—is anyone’s guess. The late French pop singer Christophe, who collaborated with Dumont on 2019’s Joan of Arc, scores.

“France playfully breaks the codes of bourgeois filmmaking … Though [it] holds water as a black comedy … what makes it a good, characteristic Dumont film is its sense of experimentation.”

“Bruno Dumont [enters] a new frontier in his mastery … Too sober for soap opera and yet too ludicrous for sentimentality, Dumont’s latest is a fantastically pleasurable cinematic delight.”