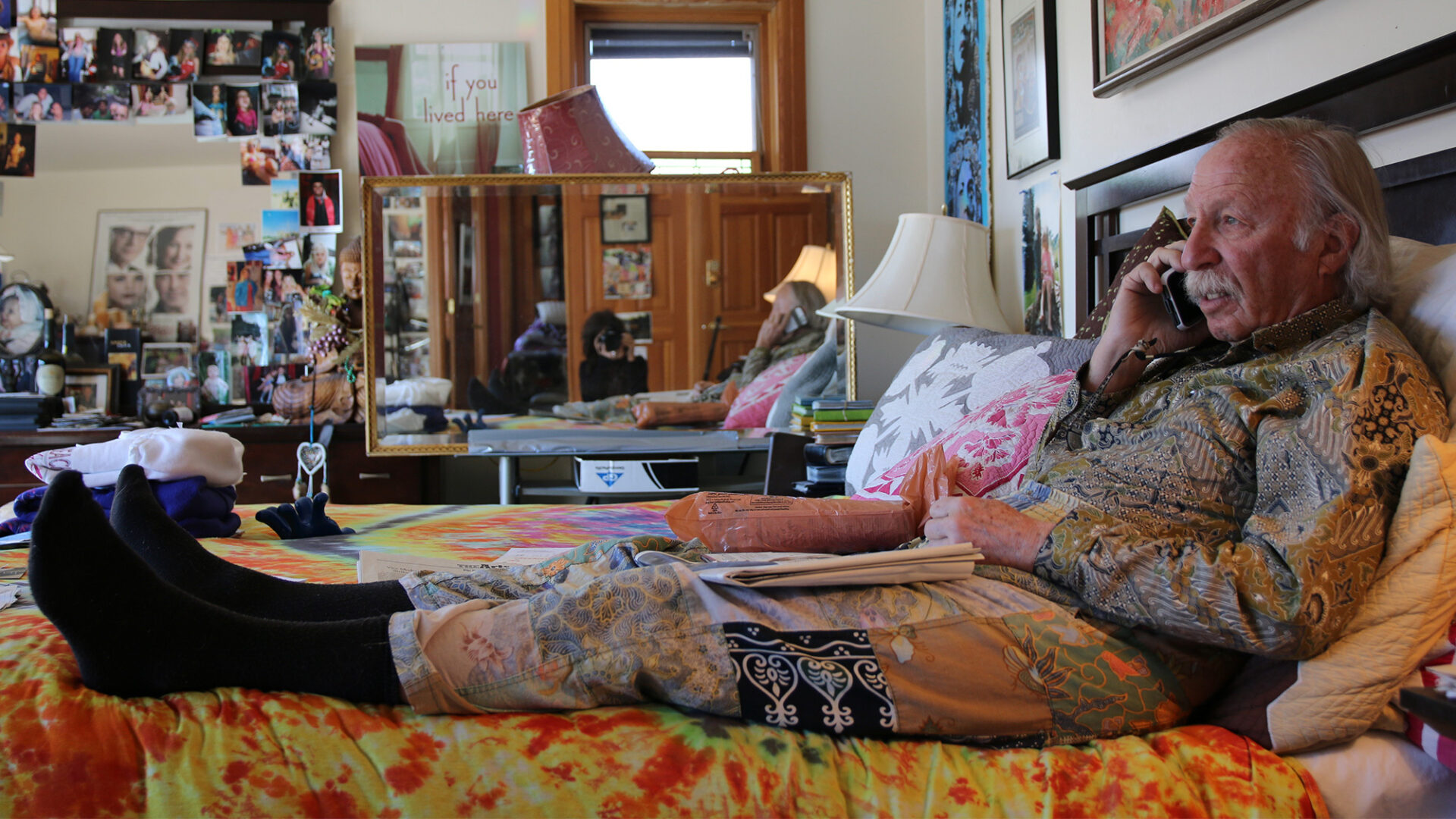 “Sachs achieves a poetic resignation about unknowability inside families, and the hidden roots never explained from looking at a family tree.”

“This is not a portrait. This is not a self-portrait. This is my reckoning with the conundrum of our asymmetry.” So experimental filmmaker Lynne Sachs describes her beguiling new documentary and its profoundly personal intent: to reconcile the complicated relationship between herself and her bohemian father. Blending an array of home-movie footage shot between 1984 and 2019 (a veritable showcase of evolving media formats, from 8mm to digital), Film About a Father Who offers a kaleidoscopic view of Sachs’s hippie-businessman father, onetime ​“Hugh Hefner of Park City, Utah,” whose knotty, often contradictory identities are slowly untangled by the documentarian and her network of equally bewildered siblings—many born from different mothers, some kept secret from each other. Throughout this candid, bravely public act of introspection, Sachs expresses conflicted empathy for the aging patriarch, a jovial but emotionally reticent man now in his eighties, and interrogates the bond implicit in father-daughter, and sibling-to-sibling, relationships. Its open-ended title is a nod to Yvonne Rainer’s 1974 study of female multiplicity, Film About a Woman Who.

This rental includes a Q&A between Lynne Sachs and film critic Ela Bittencourt.
Watch an introduction to the film from Lynne Sachs below.

To stream this film:
Click on the ​“Stream” button above.
This will take you to Cinema Guild’s streaming platform, where you can watch the film.
Purchase a virtual ticket for $12 CAD (you may need to create an account first).
Once a virtual ticket has been purchased, you have three days to watch the film.
If you are having technical issues with the stream, please click here.
This film is avail­able to stream in Cana­da only.

“Formidable in its candor and ambition … A chapter in a continuing stream of work by an experimental, highly personal filmmaker.”