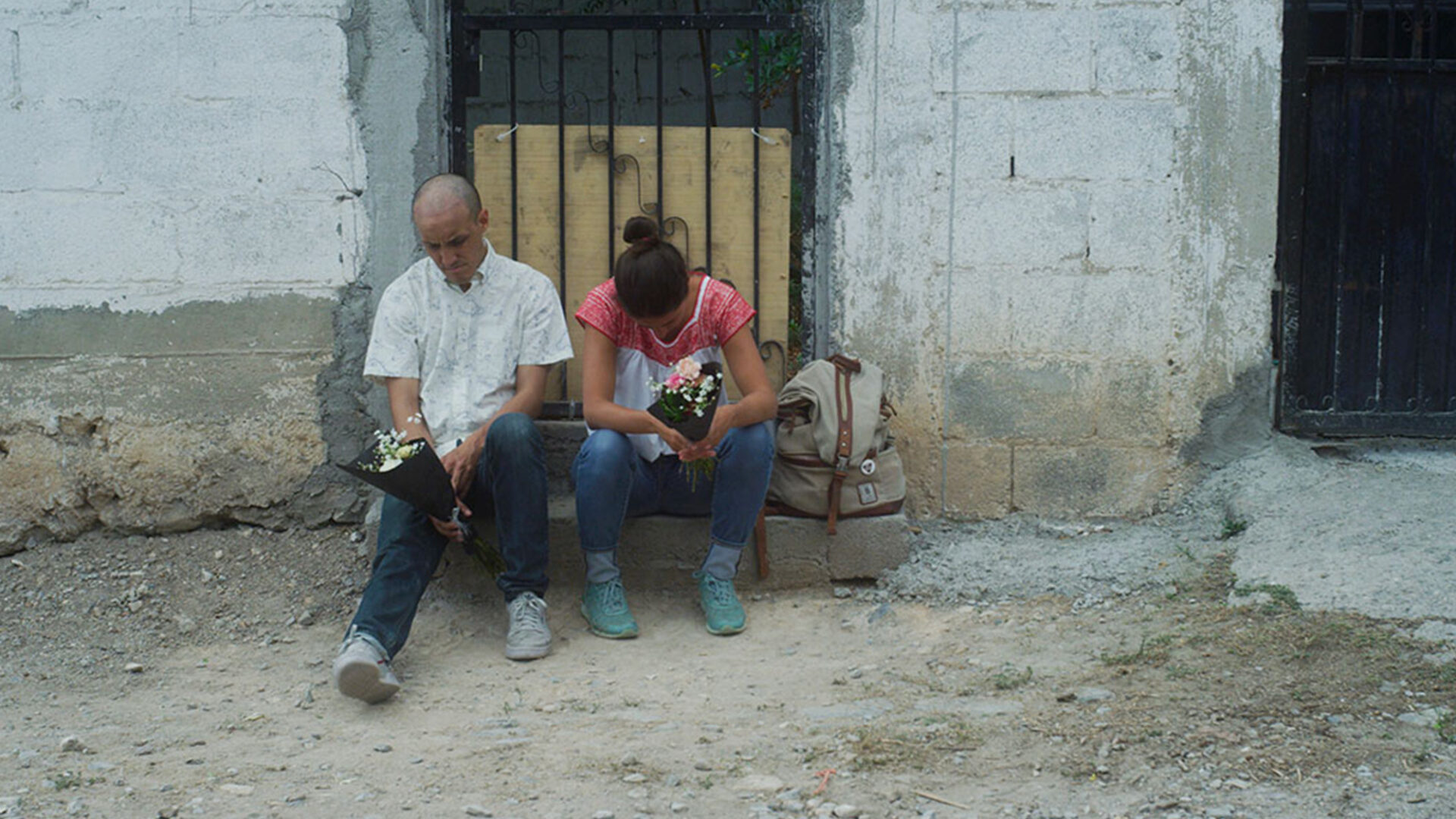 “Lyrical, haunting, and at times extraordinarily funny …This beguiling entry from Mexican filmmaker Nicolás Pereda melted and then reconstituted my movie-addled mind.”

Mexican-Canadian independent Nicolás Pereda’s compact ninth feature is a droll metacinematic charmer. Playing with identity, performance, and the troubling popularity of narco fiction, the film has actress Luisa (Luisa Pardo) and her estranged brother Gabino (Lázaro Gabino Rodríguez) visiting their parents in a dusty mining town in northern Mexico. Along for the awkward trip is Paco, Luisa’s new boyfriend, an actor with a small part in a hit narco TV series. Paco (portrayed by Francisco Barreiro, who actually has a recurring role on Netflix’s Narcos: Mexico) fascinates the siblings’ father, who otherwise displays little interest in his visitors. The story takes a slippery turn in the movie’s second half, as Pereda’s performers are recast in a parallel tale: a neo-noir mystery involving a missing miner, gangsters, and a femme fatale with an identical twin. The director’s works are known for their imaginative, slyly disruptive experiments with film narrative. Pereda was the subject of an early-career retrospective at The Cinematheque in 2011, and also featured in our just-completed MDFF exhibition. In Spanish with English subtitles.

“A delightful puzzle of a film … Fauna mines its cringe comedy to poke fun at contemporary narconovelas and their grip on Mexico’s cultural imagination.”

“A head-spinning treat … Fauna follows its own strange star.”