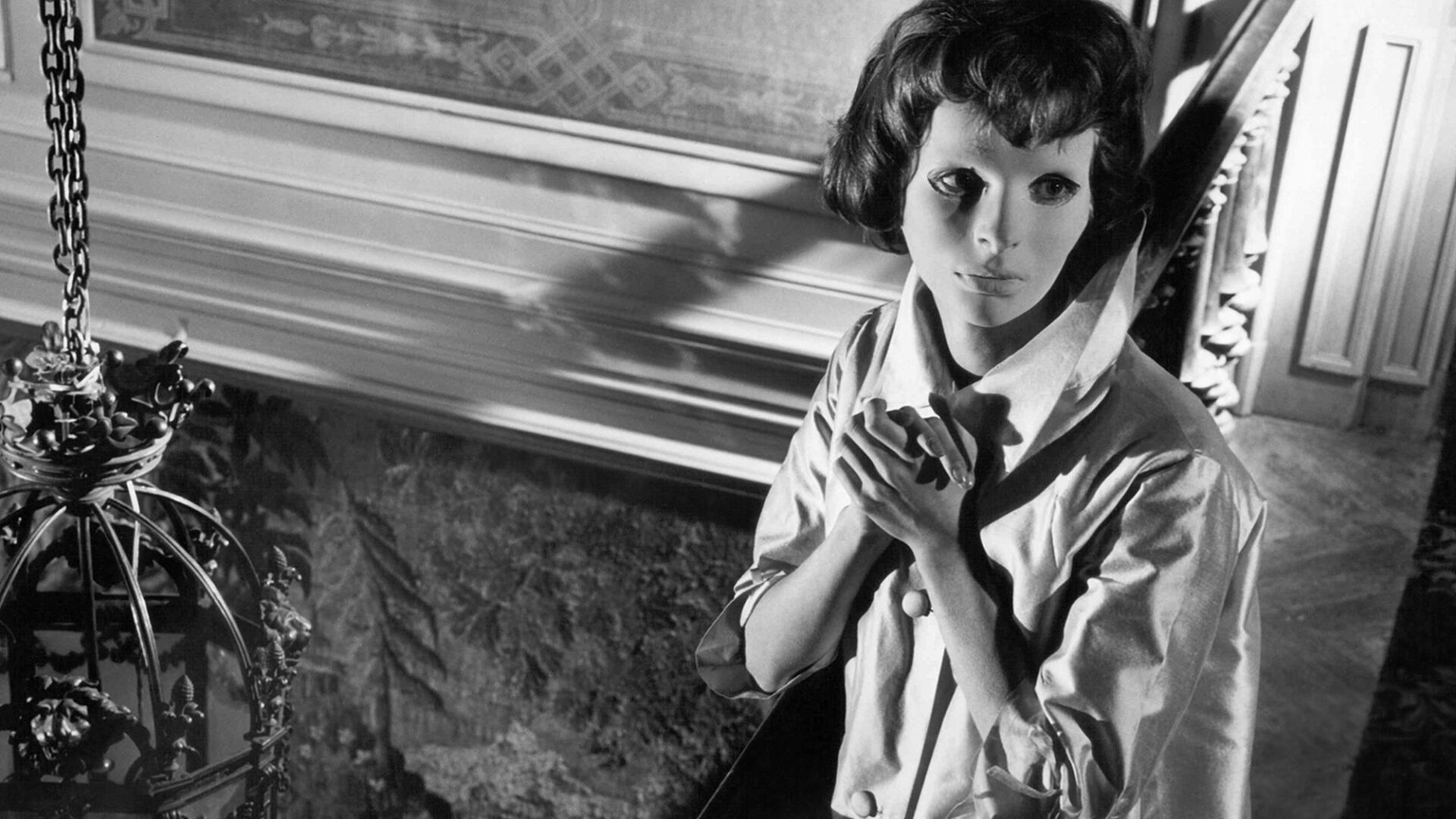 “A masterpiece of poetic horror and tactful, tactile brutality.”

Georges Franju’s disquieting classic evokes the haunting film poetry of Jean Cocteau and has been called ​“perhaps the most austerely elegant horror movie ever made” (Pauline Kael). Scripted by Pierre Boileau and Thomas Narcejac, the collaborative pair who penned the novels from which Clouzot’s Les Diaboliques and Hitchcock’s Vertigo were adapted, the not-for-the-squeamish story concerns a mad doctor (Pierre Brasseur) who kidnaps young women in a desperate effort to provide his disfigured daughter (Edith Scob) with a new face. Alida Valli (The Third Man) plays the doctor’s nurse, mistress, and accomplice, a woman with dark secrets of her own. The picture’s highly distinguished pedigree includes exquisite cinematography by Eugen Schüfftan (who years before did special visual effects on Fritz Lang’s Metropolis), and an original score by Maurice Jarre. Pedro Almodóvar’s The Skin I Live In borrows much from the macabre masterwork.

DCP courtesy of the Institut français

“An incredible amalgam of horror and fairytale … illuminated throughout by Franju’s unique sense of poetry … A marvellous movie in the fullest sense.”