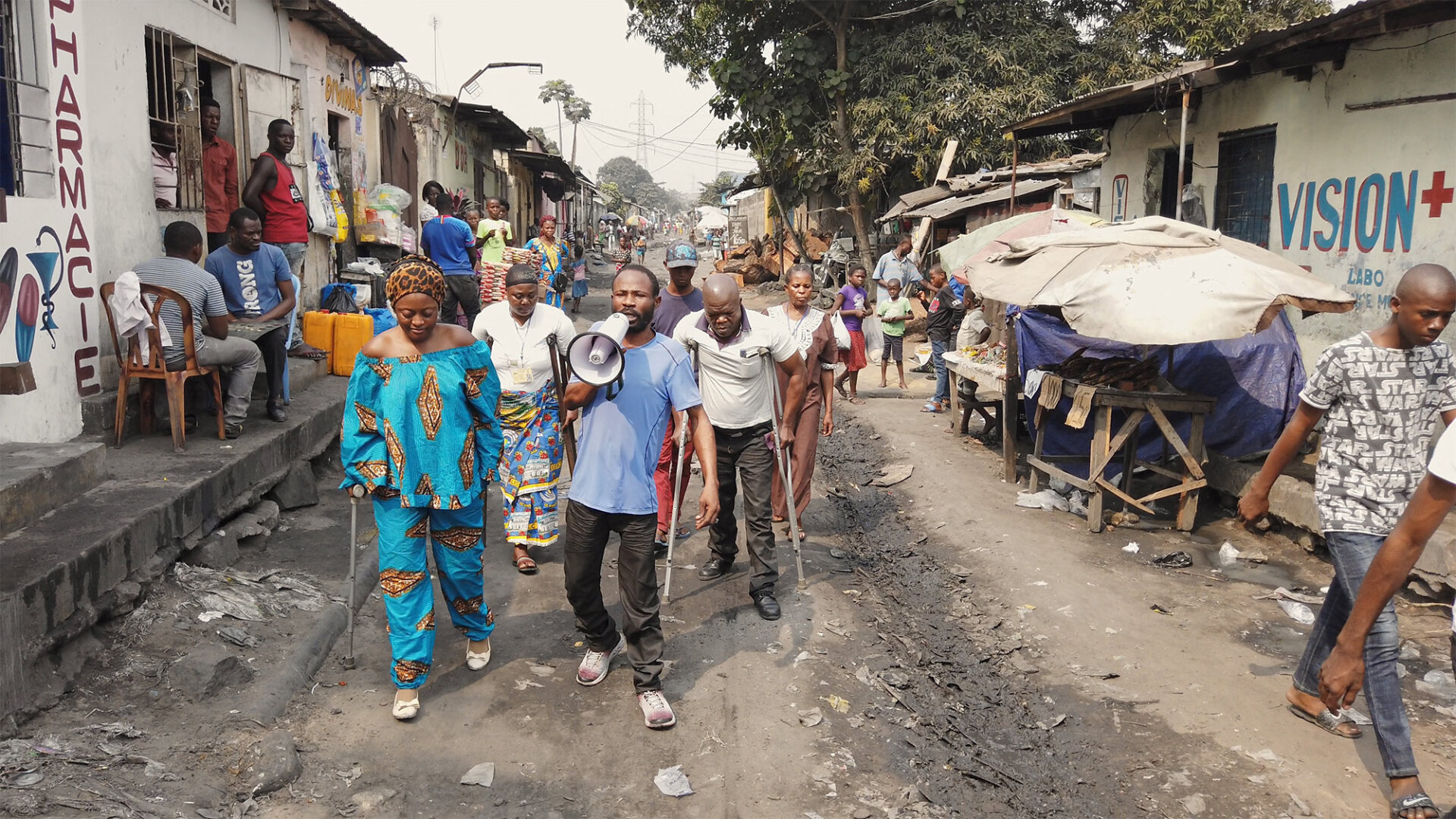 “Intense, urgent, and shocking… A film few have yet seen, to our considerable detriment.”

The award-winning DRC documentarian Dieudo Hamadi has emerged as an important chronicler of contemporary life in his oft-troubled country. Downstream to Kinshasa, his fifth feature-length work, was the first Congolese film to be an official selection at Cannes. In 2000, a clash between Ugandan and Rwandan forces devastated Hamadi’s native city of Kisangani, in the DRC’s northeast. Thousands were killed, thousands more maimed. Billions in compensation was promised; two decades on, none of it has reached Kisanagai’s victims. In Hamadi’s intimate, immersive documentary, a small group of spirited survivors, most missing limbs, sets out on a perilous, one-thousand-mile journey down the Congo River to Kinshasa, the national capital, to demand justice. The film adheres, mostly, to cinéma-vérité methods in capturing their odyssey, but also employs brief interludes of musical theatre, performed by these survivors, to tell its arresting tale of activism, agency, and resilience. In Lingala and Swahili with English subtitles.

“Proves Hamadi a significant voice in humanist, activist filmmaking, telling African stories from perspectives rooted in the communities from which they hail.”

“An odyssey of David-and-Goliath-style dimensions that is full of humanity … Downstream to Kinshasa shines a light on a forgotten tragedy and on the touching bravery of a group of war victims.”