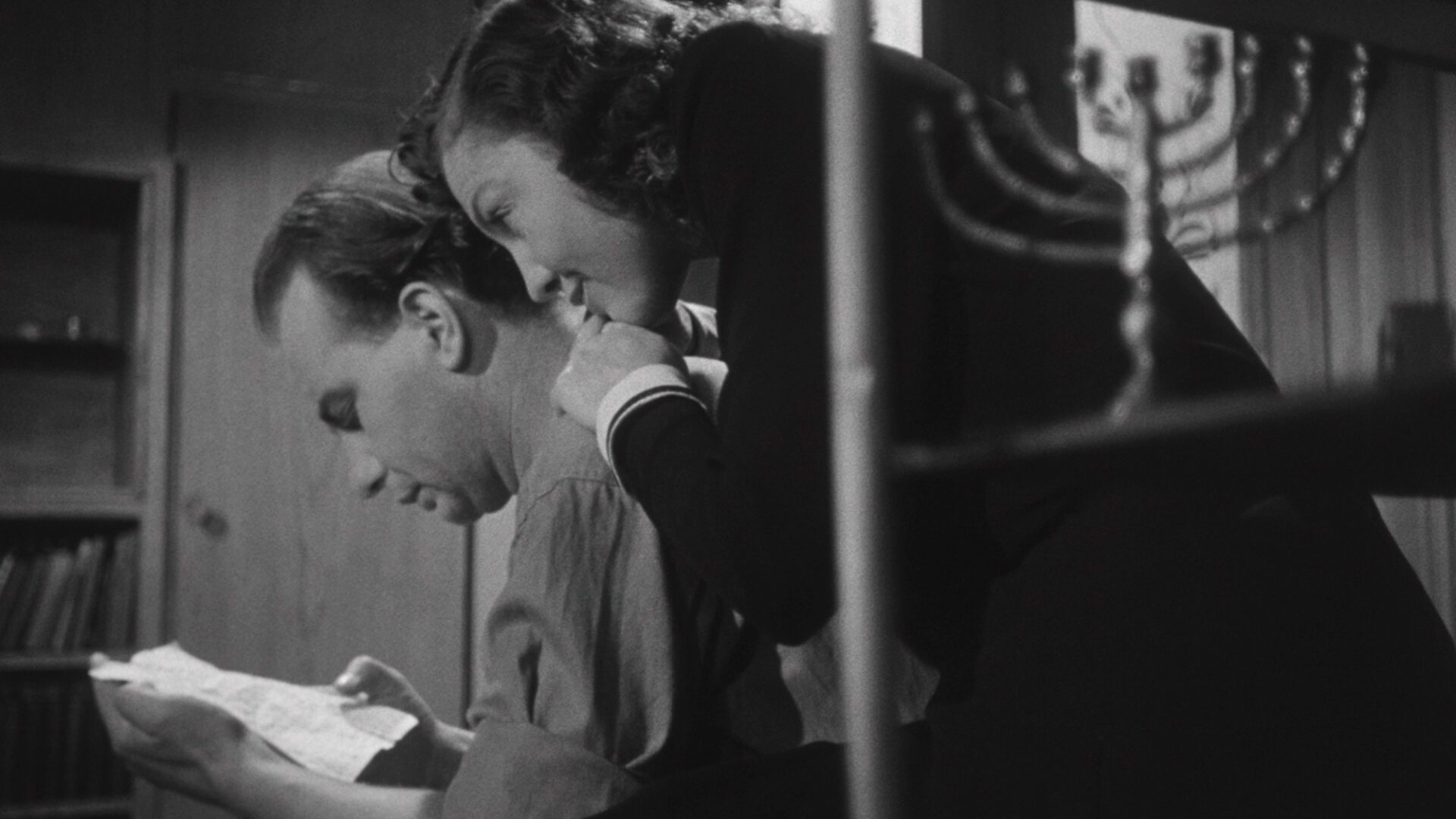 “As much a revelation to all of us as were the films of Věra Chytilová, Miloš Forman, or Jan Němec fourteen years later.”

“A masterpiece” (J. Hoberman, Village Voice), Alfréd Radok’s multilayered Expressionist stunner, shot three years after the end of WWII, was one of the very first features to confront the horrors of the Holocaust. Blending archival material (some from Nazi propaganda films) and experimental elements into its nightmarish drama, Distant Journey focuses on Dr. Hannah Kaufman (Blanka Waleská), a Jewish physician in Prague. When she marries a Gentile colleague (Otomar Krejča), it only briefly forestalls her family’s deportation to the Terezín (Theresienstadt, in German) concentration camp. Radok, a leading Czech avant-garde theatre director, lost his father and grandfather in Terezín. The visual designs of his extraordinary film recall the Citizen Kane stylizations of Orson Welles and Gregg Toland. The Communist authorities criticized the work as ​“existential” and ​“formalistic.” After a brief run, it was banned for decades. This new 4K restoration, overseen by the Czech Republic’s National Film Archive, debuted at Berlin last year.

To stream this film:
Click on the ​“Stream” button above.
Purchase a virtual ticket for $10 USD (you may need to create an account first).
Once purchased, you have seven days to start watching the film.
Once you begin, you have seven days to finish watching.
If you are having technical issues with the stream, please click here.
This film is available to stream in Canada only.

“Expressionism here exists not in cinema but in history … It evokes the world of Kafka.”

“Original and poetic … Although he directed only three films, Radok was one of the most influential figures in the modern Czechoslovak cinema … Distant Journey has only increased in stature with the years.”