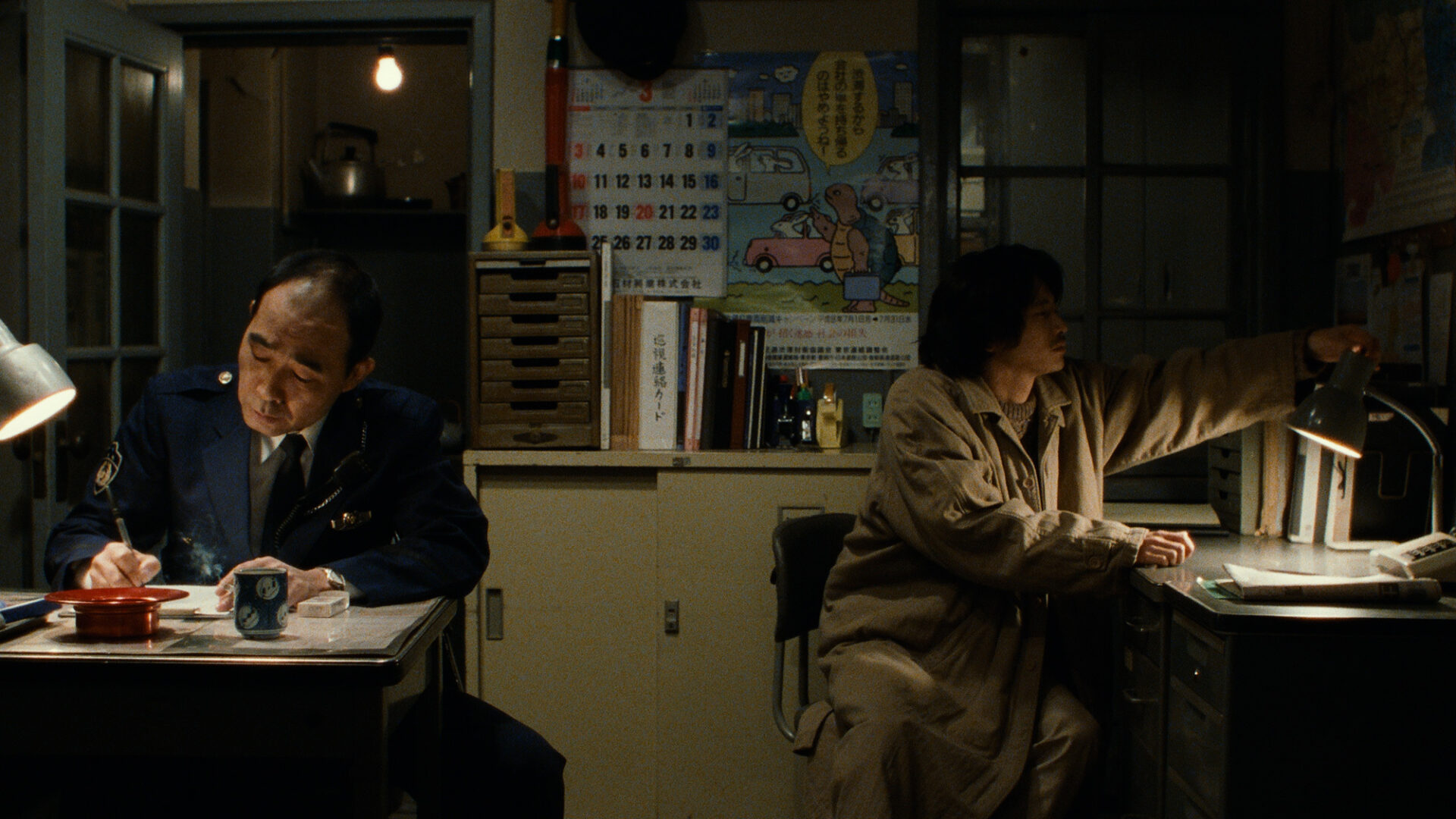 “One of the ten greatest films of all time.”

Four years before acclaimed Japanese director Kurosawa Kiyoshi became a J‑horror fixture with his 2001 techno-terror flick Pulse, he made his international breakthrough with this supremely unsettling psychological thriller that plumbs the more philosophical corners of horror. Detective Takabe Kenichi (Yakusho Koji) is investigating a series of inexplicable murders, each committed by a different culprit unable to offer a motive or recall why an ​“X” was carved into their victim’s throat. The common factor, it seems, is a mysterious, amnesic drifter (Hagiwara Masato) with happenstantial ties to the dazed killers. As Kenichi begins obsessively unlocking the stranger’s past, he fears himself slipping under a sinister spell—or maybe just slipping into madness. Drenched in atmosphere, ambiguity, and an unwavering sense of dread, Kurosawa’s creepy Cure anticipated the whole J‑horror boom, inaugurated the following year by Ringu, that would enthrall Western audiences and result in a rash of okay-to-ill-advised Hollywood remakes (one being of Kurosawa’s Pulse).

“One of the moodiest, most brilliantly sustained occult chillers … Cure sticks with you—it’s a movie about the power of suggestion that casts a troubling spell on the viewer as well.”

“With its gift for infusing uneasiness into every frame, Kurosawa’s moody, unnerving film continues to spook us even after the lights have gone on.”

“Arguably overshadowed by other films in the turn-of-the-century J‑horror canon … Cure lives on as one of the more powerful works of the era.”