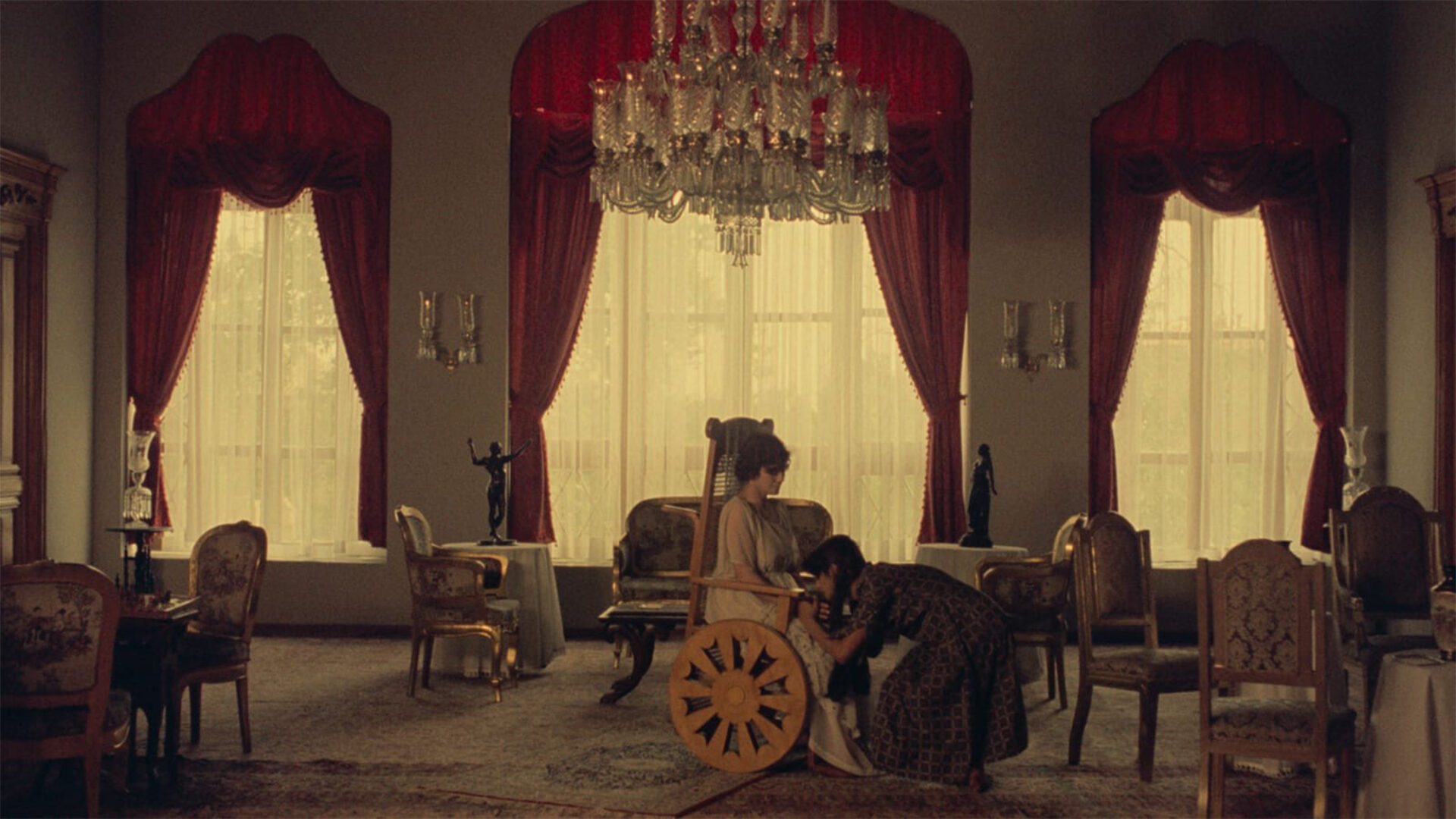 “Seldom do we see a cinematic resurrection as astonishing and impressive … A stylistic tour de force.”

The rediscovery of Chess of the Wind, a film long thought to be lost forever, provides a revelatory course-correct in the history of pre-revolutionary Iranian cinema. The radical debut feature of poet-turned-filmmaker Mohammad Reza Aslani played publicly just once, at the 1976 Tehran International Film Festival, before being shelved in the wake of controversy then banned outright under the cultural stranglehold of the new Islamic Republic. ​“A hypnotically stylized murder mystery awash in shivery period atmosphere, Chess of the Wind unfolds in an ornate, candlelit mansion where a web of greed, violence, and betrayal ensnares the heirs to a family fortune … Melding the influences of European modernism, gothic horror, and classical Persian art, director Mohammad Reza Aslani crafts an exquisitely controlled mood piece that erupts in a stunningly subversive final act in which class conventions, gender roles, and even time itself are upended with shocking ferocity” (Janus Films).

“Bristles with brilliance … A shining example of how familiar genres and tones can meld together to form something that feels brand new.”

“A small miracle … At once a relic of another age and a strikingly modern creation.”