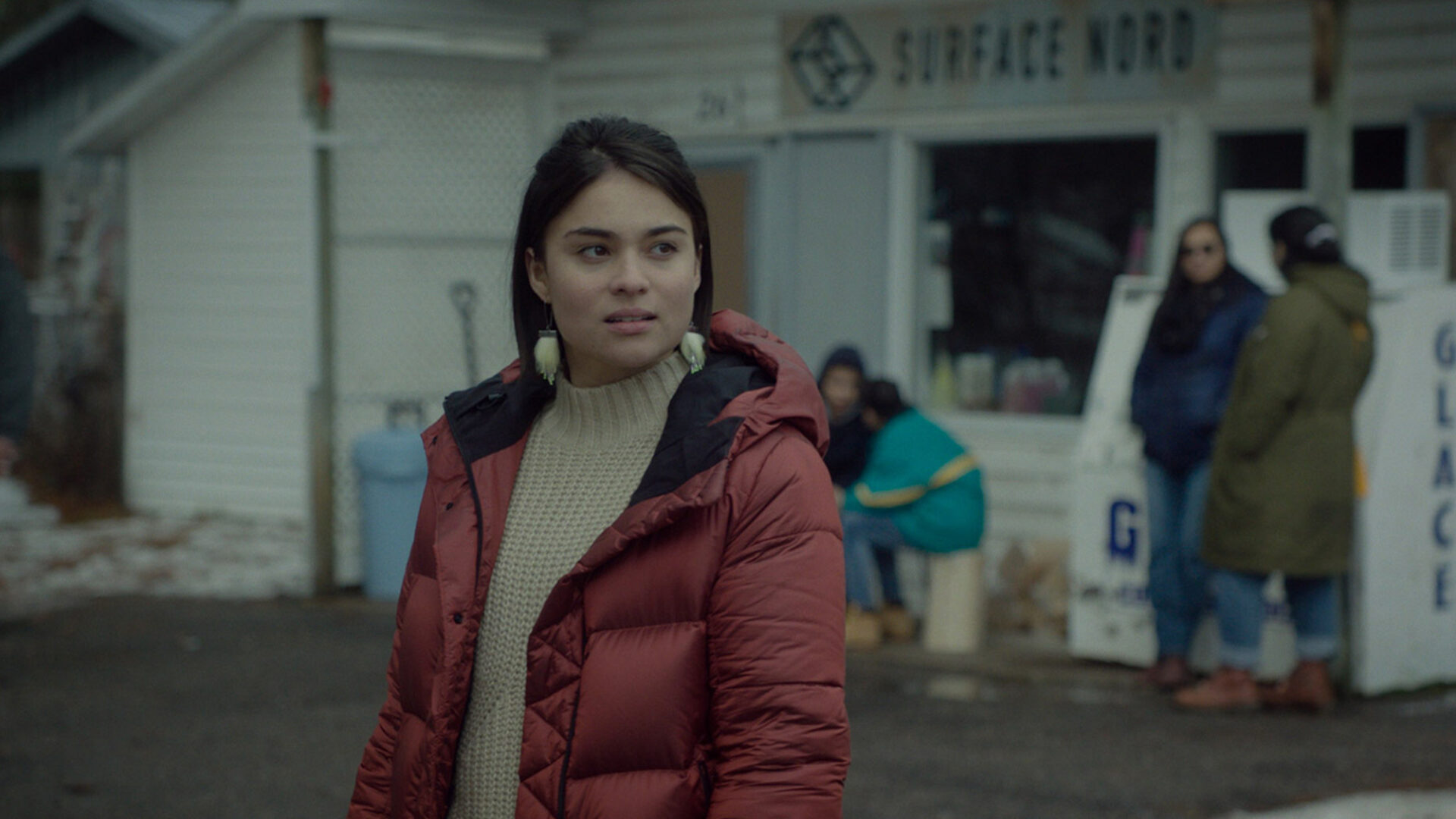 Looking to complete her thesis, Mani (Kawennáhere Devery Jacobs) leaves Montreal for the Algonquin community where she spent her formative years. Left to confront past traumas and contend with embarrassment over her rusty Algonquin, Mani’s reintegration into her community is further complicated by a conflict with Laura (Pascale Bussières), a settler bootlegger, and her partner Raymond (Jacques Newashish), who holds Mani accountable for a personal loss. Meanwhile, a contentious referendum will soon determine the future of alcohol sales on the reserve. The first feature film from Caroline Monnet, a celebrated Algonquin-French multidisciplinary artist, Bootlegger utilizes Mani’s return home as a springboard for an absorbing exploration of how patriarchal oppression, self-determination, and sovereignty take myriad forms. Working from a script that scored her the 2017 Cannes Cinéfondation Best Screenplay prize, Monnet proves herself an exceedingly nimble filmmaker as she oscillates between languages and outlines the dissenting perspectives and potential implications of this standoff.