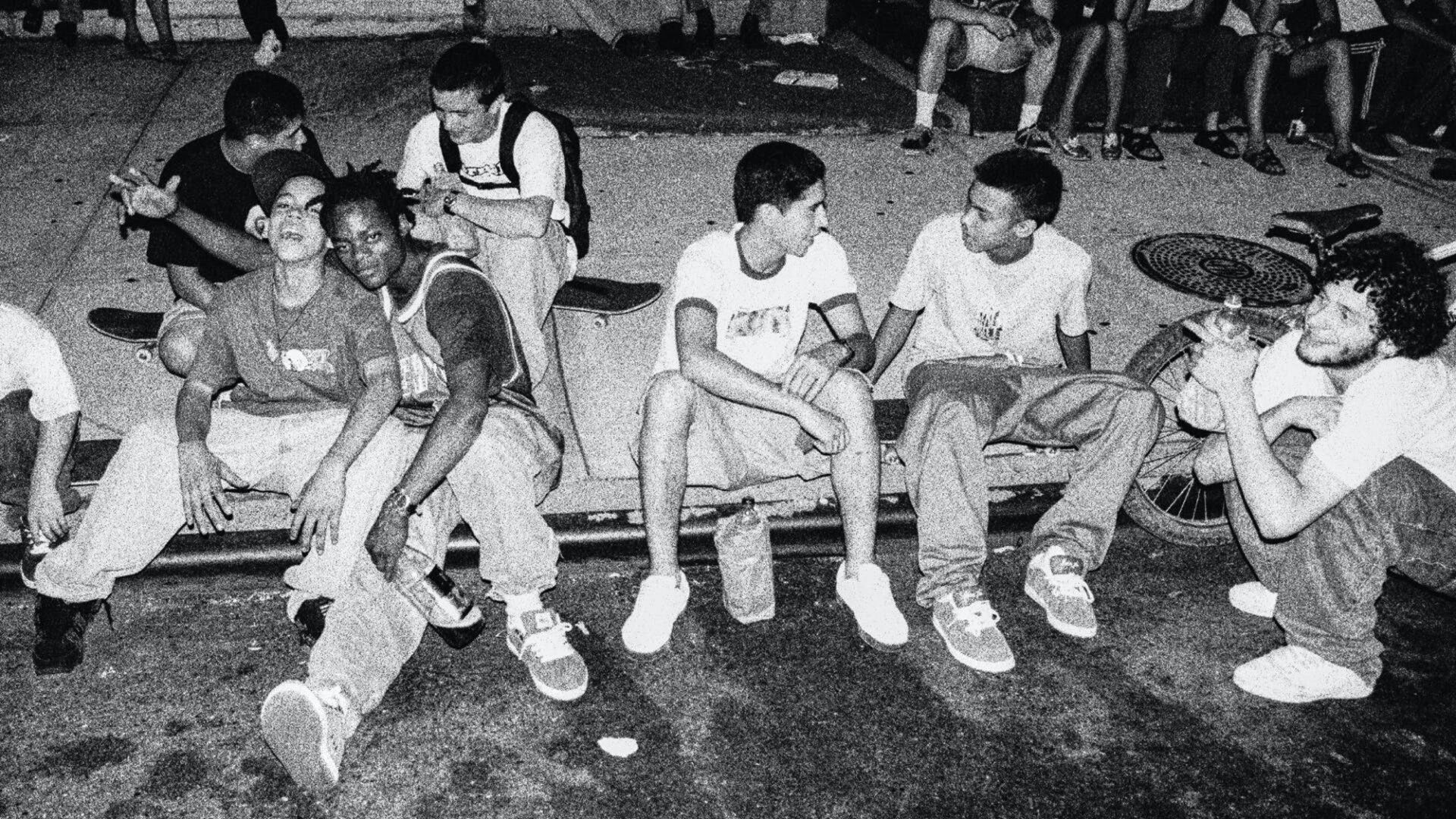 “Paris Is Burning meets Larry Clark’s KIDS, All the Streets Are Silent is a love letter to New York—examining race, society, fashion, and street culture.”

The culture-shifting collision of hip hop and skateboarding is thoroughly, passionately unpacked in this dynamic new documentary from Montreal-born director Jeremy Elkin, a seasoned skate-video maker. Narrated by Eli Morgan Gesner, co-founder of the iconic NYC skateboarding company Zoo York, All the Streets Are Silent zeroes in on a pivotal chapter in New York history, 1987 to 1997, when Manhattan’s cauldron of youth-led subcultures married hip hop with skateboarding and gave birth to a potent (and profitable) ​“street culture” movement that infiltrated every urban corner of the globe. The exuberant film examines the impact of melting-pot nightclubs like Club Mars, where scrappy skate kids first rubbed shoulders with hip-hop heads; the influence of White DJed radio shows embracing rising Black rap artists; the formation of street-fashion empires Supreme and Zoo York; and the culmination of the entire snowballing scene in Larry Clark’s seminal and still-controversial KIDS (1995), which featured New York skate rats, including pro-rider Harold Hunter, playing versions of themselves. Legendary hip-hop producer Large Professor (Nas, A Tribe Called Quest) scores.

“If you live for sneakers, skateboarding, Supreme drops, and all things hip-hop, you have late ​’80s and early ​’90s New York street culture to thank for that. And you’re probably going to love All The Streets Are Silent.” Dane Rivera, Uproxx

To stream this film:
Click on the streaming dates or cloud button above.
A ticket costs $9.99 CAD (you may need to create an account first).
Once purchased, you have seven days to start watching the film.
Once you begin, you have 72 hours to finish watching.
If you are having technical issues with the stream, please click here.
This film is avail­able to stream in Cana­da only.