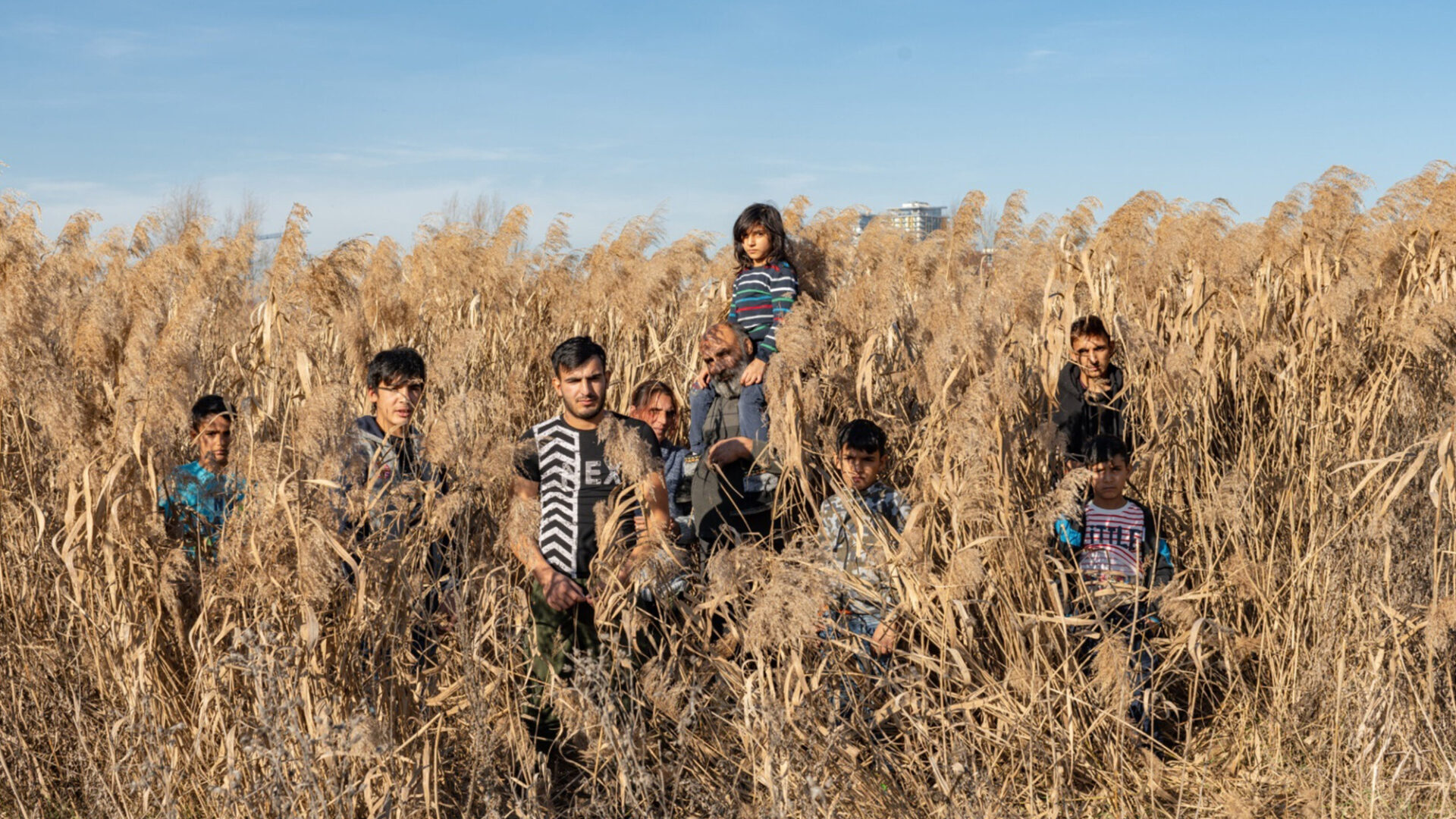 This absorbing and intimate documentary is set in the Vacaresti Nature Park near Bucharest, which for decades has stood idle, neglected by bureaucrats. It is now one of the largest urban wilderness areas in all of Europe. It’s also the ​“home” of a man named Gica Enache, who, with his wife and nine children (along with chickens, dogs, cats, and pigs), has lived there for almost two decades, tucked away from the modern world in a kind of idyllic, but dirt poor, existence off the grid. Shot over three years, Radu Ciorniciuc’s film follows Gica and his family as their existence is interrupted and intruded upon by modernity. Acasă seamlessly blends lyricism with a clear-eyed honesty about this unusual family’s life challenges. In its observational documentary style, the film affords us glimpses into nights with this family living on top of each other in their tiny, crowded home, as well as them playing in the fields and streams, exploring and fooling around. But is the family’s lifestyle sustainable? What does the future hold?