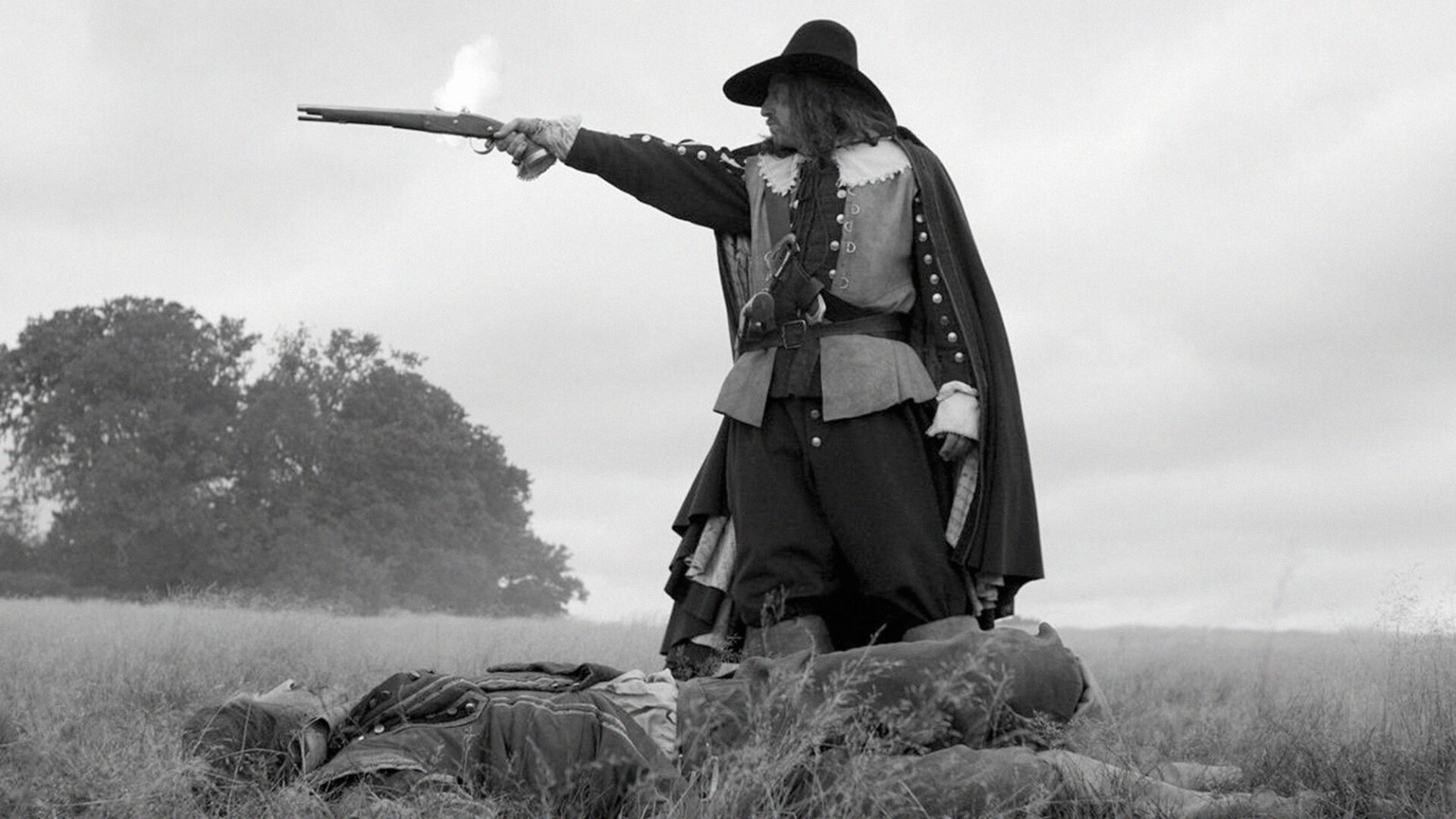 Time loops, toilet humour, and British cinema’s trippiest third quarter! A Field in England is no ordinary period film. Set in the 1600s during the English Civil War, the fourth feature (after Down Terrace, Kill List, and Sightseers) by Britain’s most energetic cult director is marked by Ben Wheatley’s pitch-black humour, graphic violence, and resolutely independent spirit. A trio of deserting soldiers and an alchemist’s assistant (Reece Shearsmith) are commandeered by sinister Irishman O’Neil (Wheatley regular Michael Smiley) and forced to join a bizarre hunt for buried treasure. Along the way, the group transgresses the thin line between civilization and nature, throwing the entire film into delightful chaos. Sorcery and psychedelic mushrooms are ingredients in Wheatley’s genre-bending brew of folk horror, historical thriller, Shakespearean dialogue, and hallucinogenic freak-out—all rendered in breathtaking monochrome visuals. Unique and unclassifiable, the film suggests an unholy hybrid of Monty Python, David Lynch, and Ingmar Bergman.

This screening celebrates the publication of Limit Cinema: Transgression and the Nonhuman in Contemporary Global Film (Bloomsbury, 2021), by The Cinematheque’s very own Learning & Outreach Director, Chelsea Birks. In the book, A Field in England is a key example of what Chelsea calls ​“limit cinema,” a grouping of films that explore boundaries between humans and nature in the context of the ecological anxieties of the 21st century. A short introduction by Chelsea will precede the film.