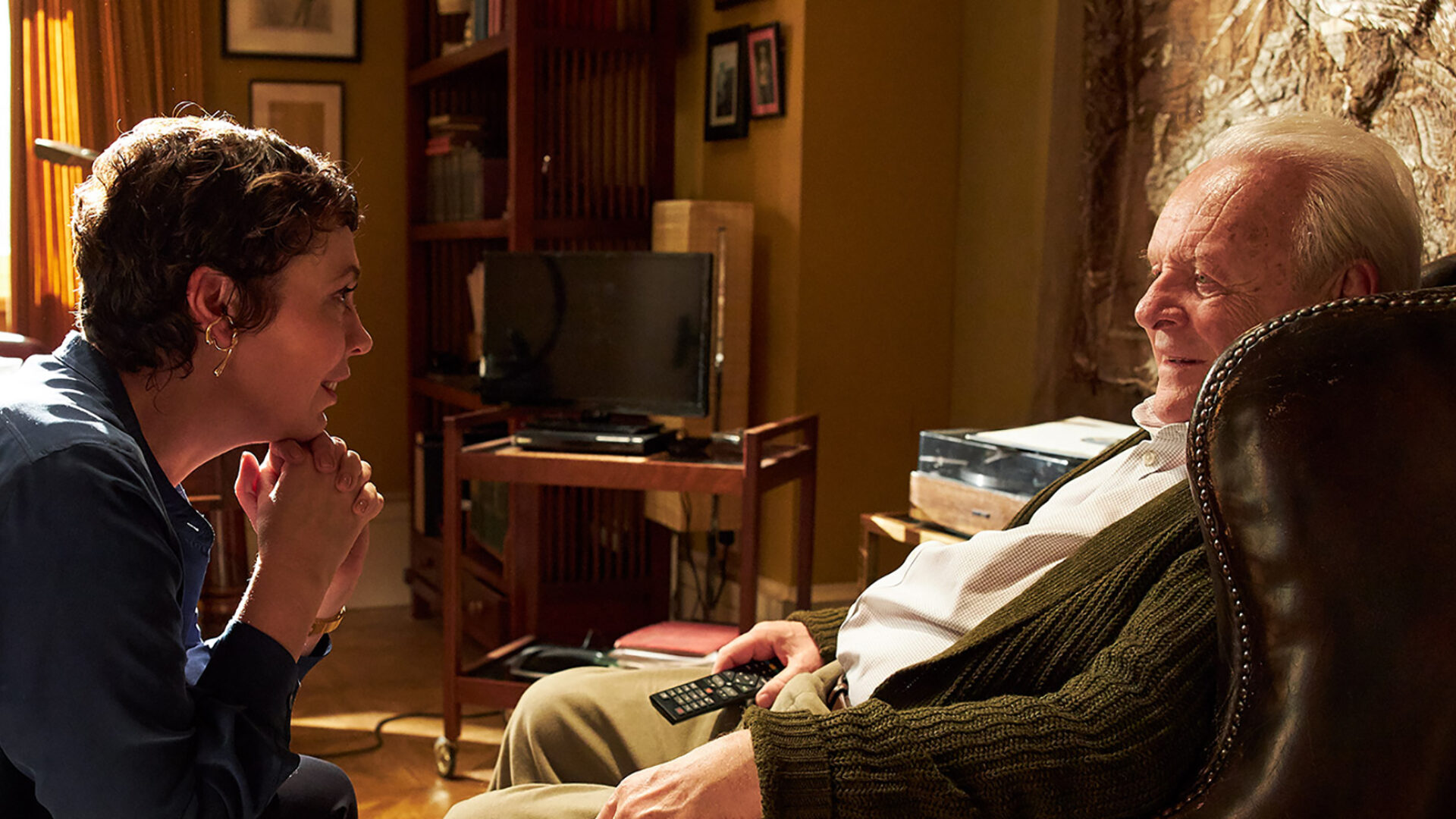 “This will certainly go down as one of Hopkins’ great screen performances.”

Fiercely independent at 80, Anthony (Anthony Hopkins) lives on his own, enjoys a teatime nip of whisky, is quick with a joke and even faster to flirt with the caregivers (including Imogen Poots) his dutiful daughter Anne (Olivia Colman) insists on hiring. However, the truth of the matter is that the onset of dementia frequently leaves Anthony wandering a disorienting labyrinth in which past and present entangle and vaguely familiar strangers taunt him. And while he can still wound Anne with a cutting remark, he increasingly struggles to pull on a sweater. Adapting his own stage play, Florian Zeller crafts a remarkably immersive film that captures both Anthony’s disorientation as reality grows increasingly incoherent and Anne’s anguish as she witnesses the father she knew slowly slipping away. With practically every scene providing a churning cauldron of emotion, Hopkins and Colman are both wondrous to behold in this deeply compassionate, undeniably gripping chamber drama. – VIFF