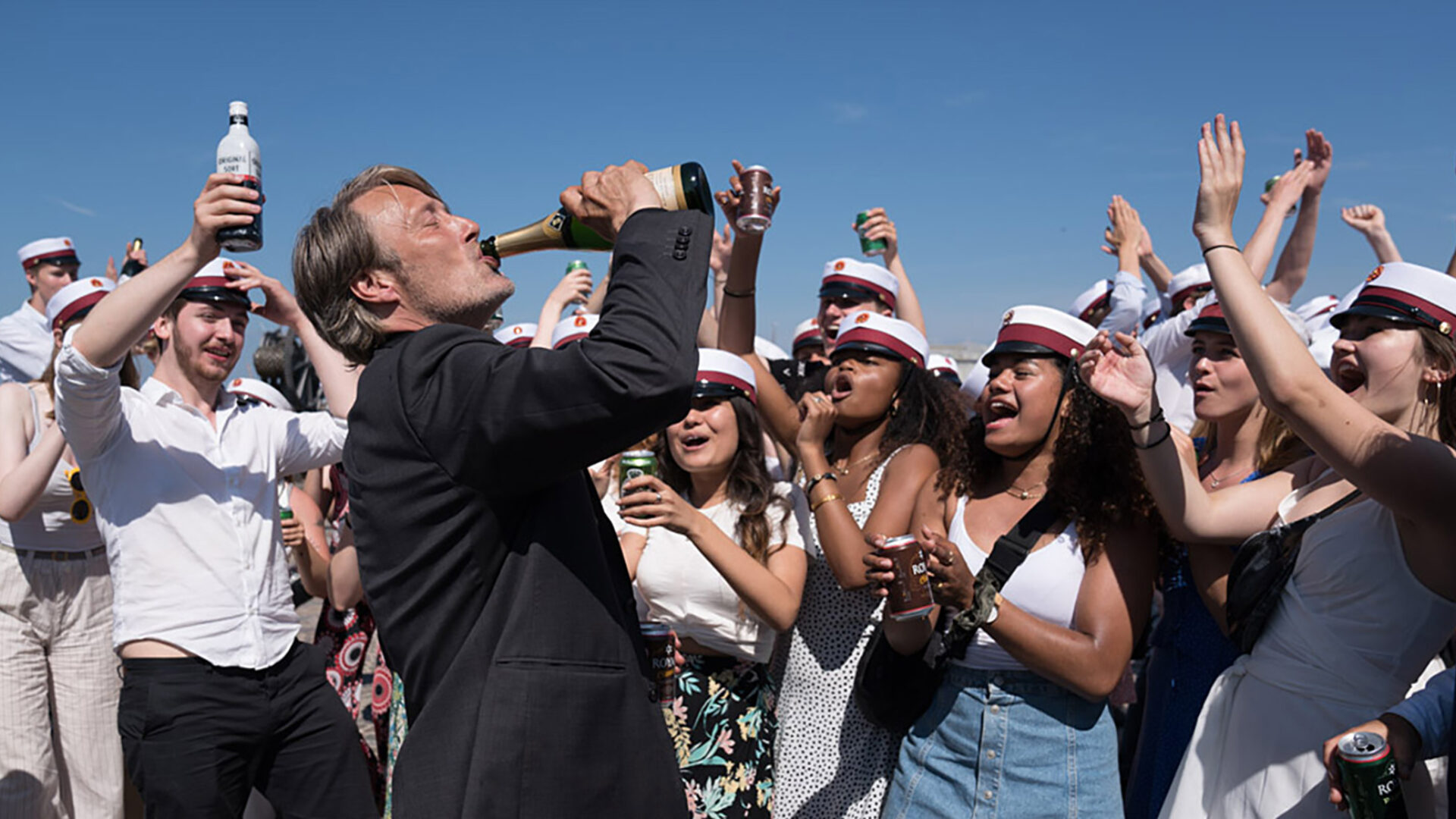 Inspired by an academic thesis suggesting humans are born with a 0.05 deficit in blood alcohol content, Martin (Mads Mikkelsen) and three of his teacher buddies — all middle-aged men — decide to put the theory to the test. Early results are encouraging: after a couple of shots of vodka in the morning, Martin is transformed into a confident and charismatic shaper of young minds, his formerly chaotic and dull history class sparks with revelation and debate. Even his numb, sterile marriage jerks back to life. His pals report similar successes. Clearly, it’s time to kick this project up a notch … Thomas Vinterberg’s intoxicating new film recaptures a good deal of the subversive, anarchic spirit that animated his breakthrough Dogme movie, The Celebration, many moons ago (from the same period, Lars von Trier’s The Idiots also comes to mind). Granted, this black comedy might be counted socially irresponsible, even reckless, but that would be to overlook the existential angst hovering behind Mikkelsen’s eyes— this is an outstanding performance from a consummate movie actor. Maybe, just maybe, this is the movie we need right now … – VIFF