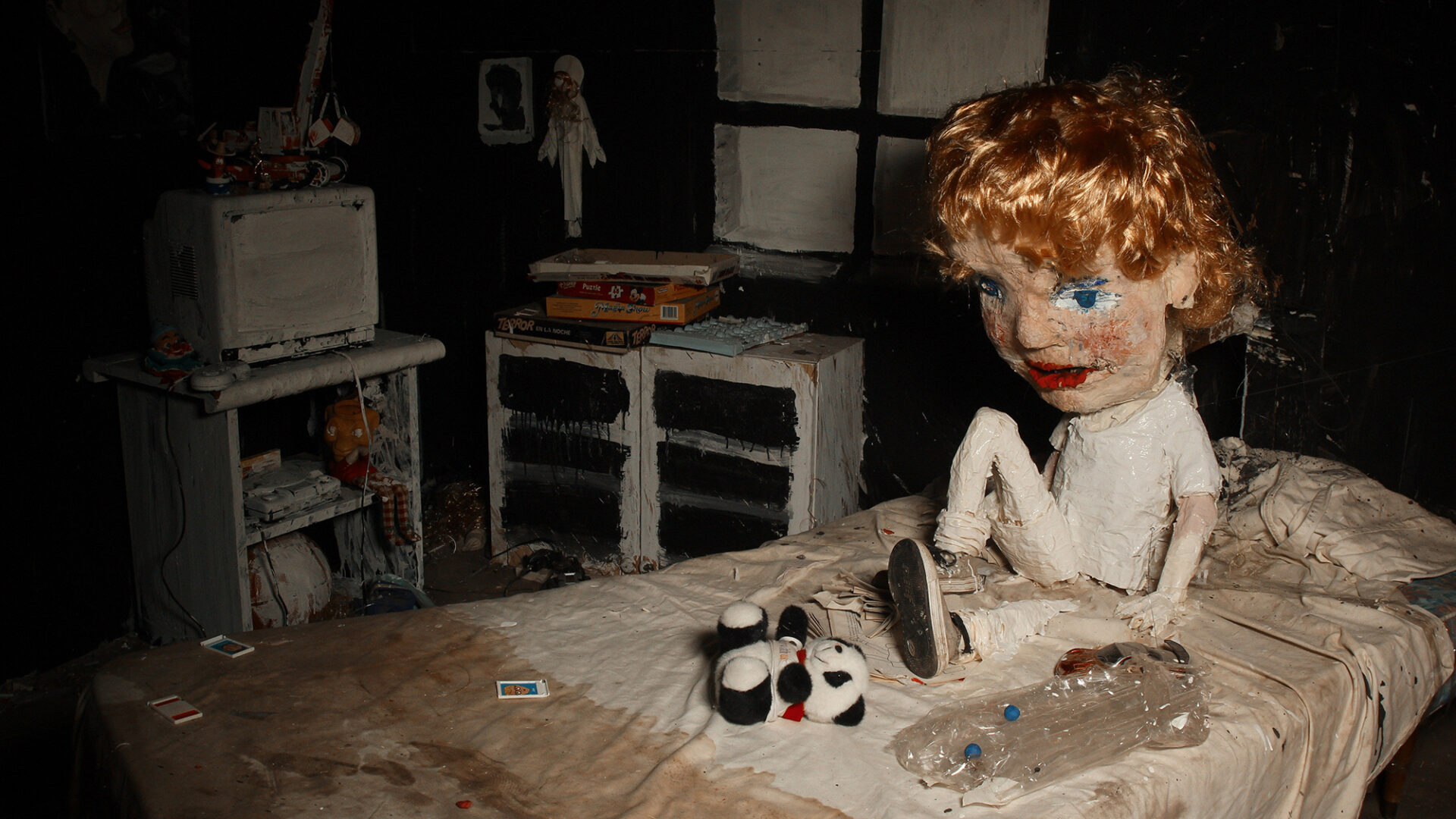 “Astounding … The film surprises, with incredible force, in every one of its 75 minutes.”

A horrific episode from Chile’s past makes for suitably nightmarish cinema in famed Chilean animators Joaquín Cociña and Cristóbal León’s mesmerizing stop-motion feature debut. Drawing from the real-life atrocities committed at Colonia Dignidad — a German commune in the south of Chile that doubled as a torture camp and cult during Pinochet’s reign of terror — The Wolf House follows a young woman, María, as she flees the colony and finds shelter in a derelict cottage deep in the woods. There she discovers two pigs, whom she decides to raise as her children and protect from the hungry wolf outside. Framed as a cautionary fairy tale told to indoctrinate the enclave’s youth, the eerie, Brothers Grimm-esque work was produced over five years as an evolving art installation across numerous galleries and museums. Its captivating grotesqueries, a crude bricolage of paint, furniture, and mutating papier-mâché dolls, recall the haunting stop-motion curios of Jan Švankmajer, the Brother Quay, and early David Lynch. Caligari Prize, Berlinale Forum 2018.

After streaming the movie, join the filmmakers for a special Facebook Live Q&A moderated by film critic and writer Carlos Aguilar, hosted by KimStim. RSVP for the Q&A and submit your questions in advance or just tune into FB Live on KimStim’s Facebook page on May 21.