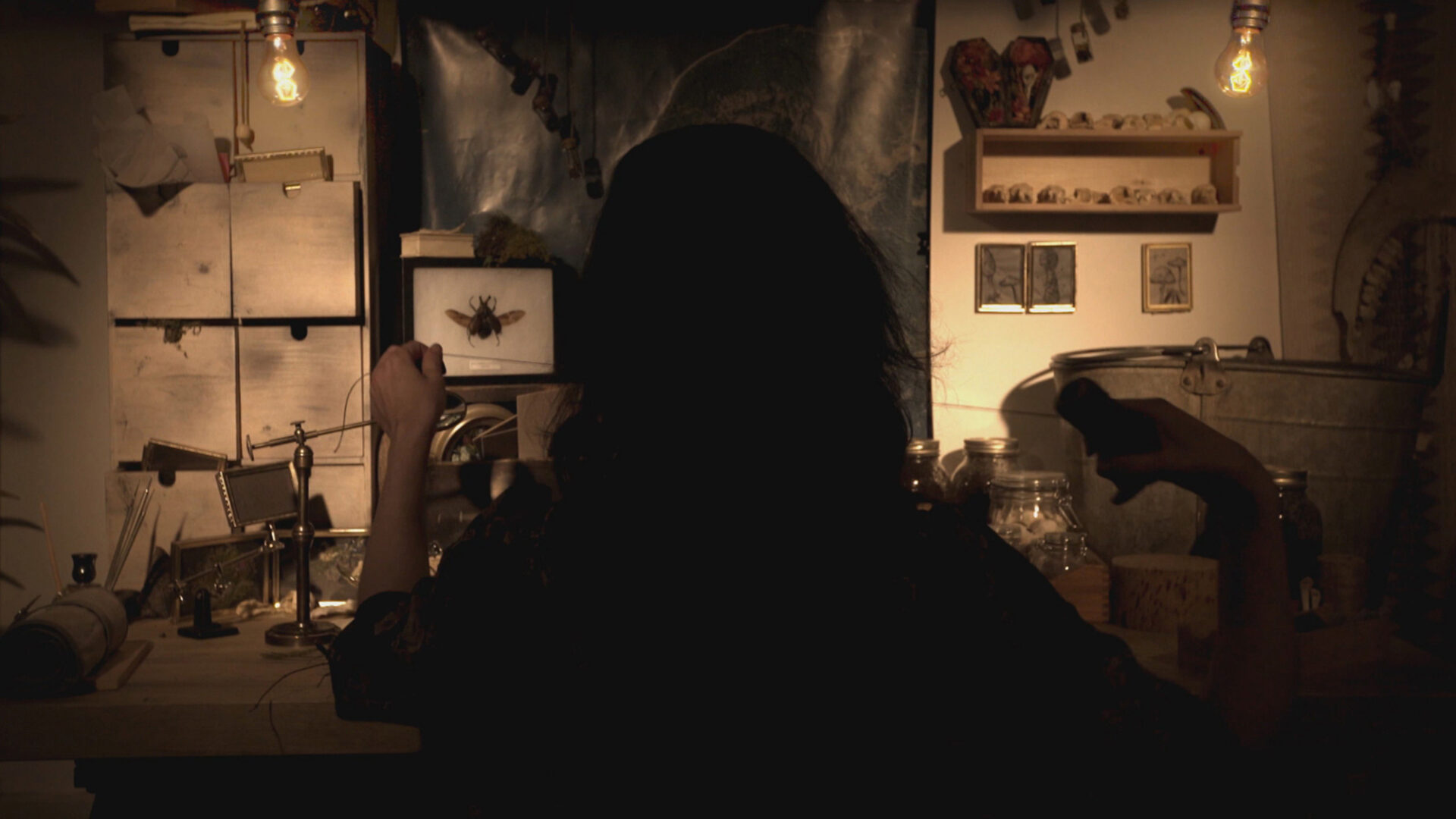 Vancouver filmmaker and horror fan Nick Meunier cites Jonathan Glazer’s Under the Skin and the films of Lars von Trier as reference points for his eerie, unsettling short drama, beautifully filmed on Salt Spring Island. Inspired by the ​“vulture culture” creations of Calgary artist Amanda West, Meunier’s film stars Canadian horror actress Tristan Risk (American Mary) as a single mother-to-be living in isolation in the forest. Her work is making art from the scavaged remains of dead animals. As she takes on the struggles of new parenthood, she finds the forces of life and death pulling her in opposing directions. Vancouver writer Lonnie Nadler, known for his work with Marvel Comics, penned the script.