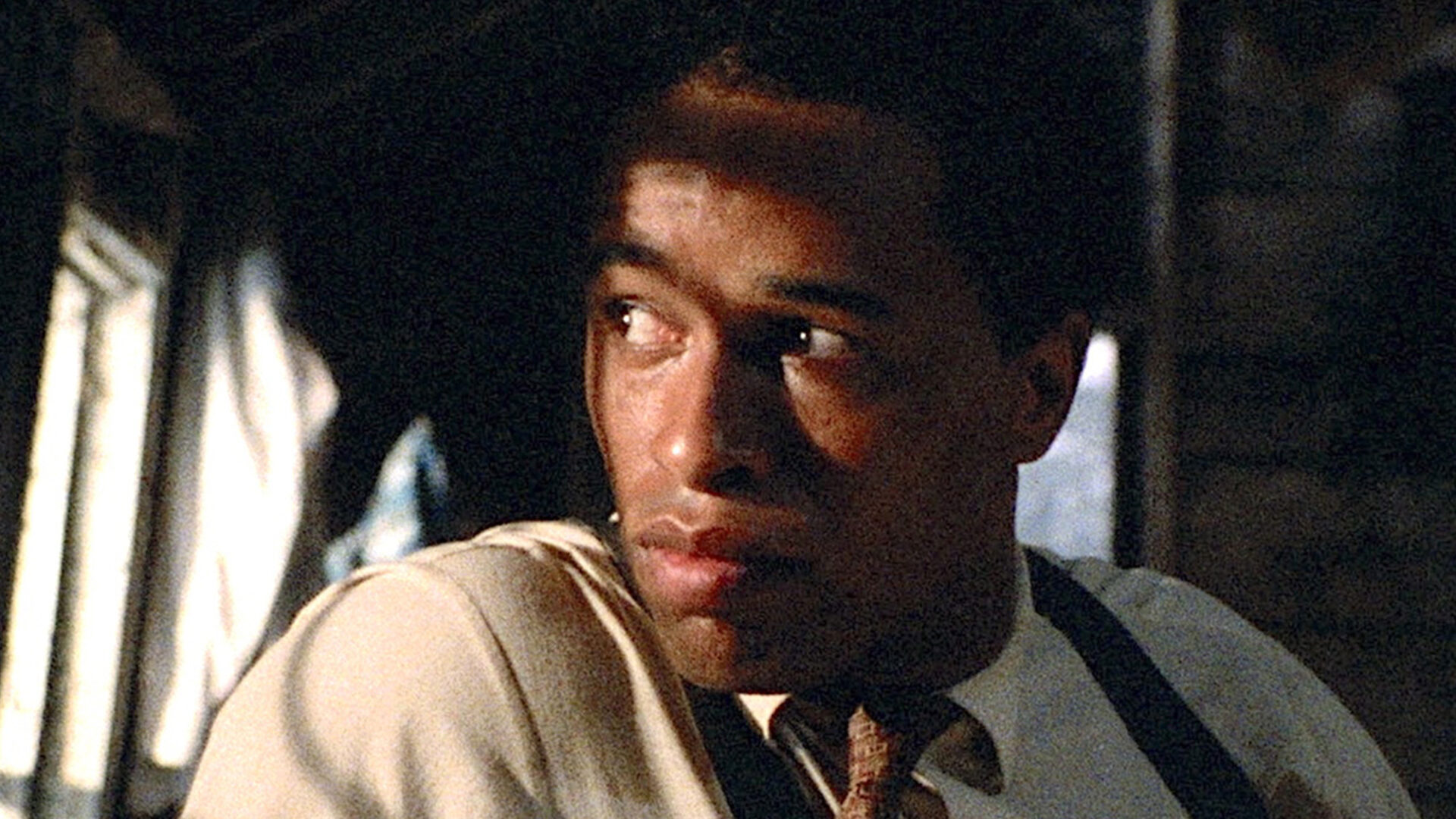 “The sheer excellence of Duke’s directorial accomplishment [distils] a sprawling history of class and race in America into distinctly human-scale vessels.”

We have extended our virtual run of The Killing Floor until July 2.

Now available in a timely new restoration, this 1984 film, the first feature-length work from noted African-American director (and actor) Bill Duke, dramatizes a little-known episode of U.S. labour and race-relations history. In WWI-era Chicago, Black and White workers in the city’s stockyards attempted to overcome racial antagonisms and organize an interracial union. Duke’s drama, penned by African-American playwright Leslie Lee, takes the perspective of Frank Custer (Damien Leake), a young sharecropper from Mississippi who joins the historical Great Migration of southern Blacks to America’s industrial north in search of a better life. Frank sympathizes with the unionizing efforts, but bridging the gap between class solidarity and racial division proves difficult. The social tensions of the time would ultimately explode in the notorious Chicago race riot of 1919. Duke’s acclaimed film premiered on PBS’s American Playhouse before finding life on the festival circuit and winning an award at Sundance. With Alfre Woodard.

“As compelling dramatically as its historical analysis is fascinating … Surprising that a film from the U.S. can be so frank and explicit in its exposure of the class struggle.” James Leahy, Sight & Sound

Preserved by the UCLA Film & Television Archive, as part of the Sundance Institute Collection at UCLA. A single non-virtual screening of The Killing Floor was presented at The Cinematheque in March, as part of the UCLA Festival of Preservation Tour.