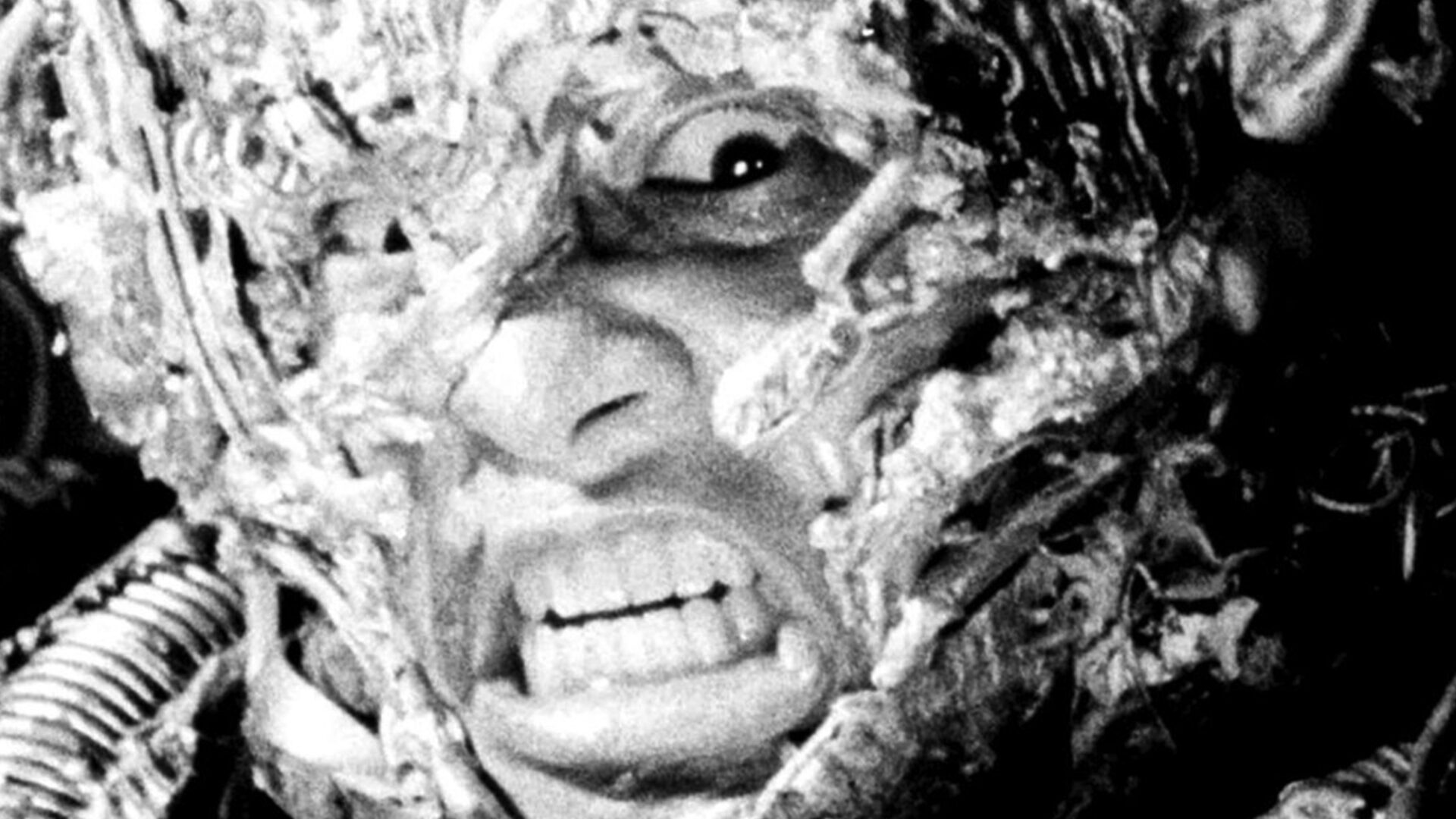 “Completely bonkers and bizarrely sexual, Tetsuo is an essential watch. It remains a cult film that keeps kicking and screaming down the years, with a fan base that includes Quentin Tarantino.”

Buckle up! Japanese cult director Shinya Tsukamoto’s monochrome nightmare of flesh and metal is a J‑horror landmark in a deranged league all its own. Inspired by the technophobic body-horror of Cronenberg (think Videodrome) and the surreal grotesqueries of early Lynch (think Eraserhead), this ultra-outré midnight movie tells of a ​“metal fetishist” (Tsukamoto himself) whose perverse, self-administered experiments in fusing body and machine are cut short when he’s struck by an automobile on the outskirts of industrial Tokyo. The driver, a seemingly milquetoast ​“salaryman” (Tomoro Taguchi), soon finds himself tormented by techno-erotic fever dreams and a gradual, gory mutation into a monstrous living scrapheap. Or something. Financed out of pocket and shot over 18 gruelling months on 16mm, Tsukamoto’s depraved DIY sensation broke the underground artist internationally and, alongside anime immortal Akira (1988), ushered in the era of cyberpunk cinema in Japan (including two Tetsuo sequels). Squeamish, steer clear.