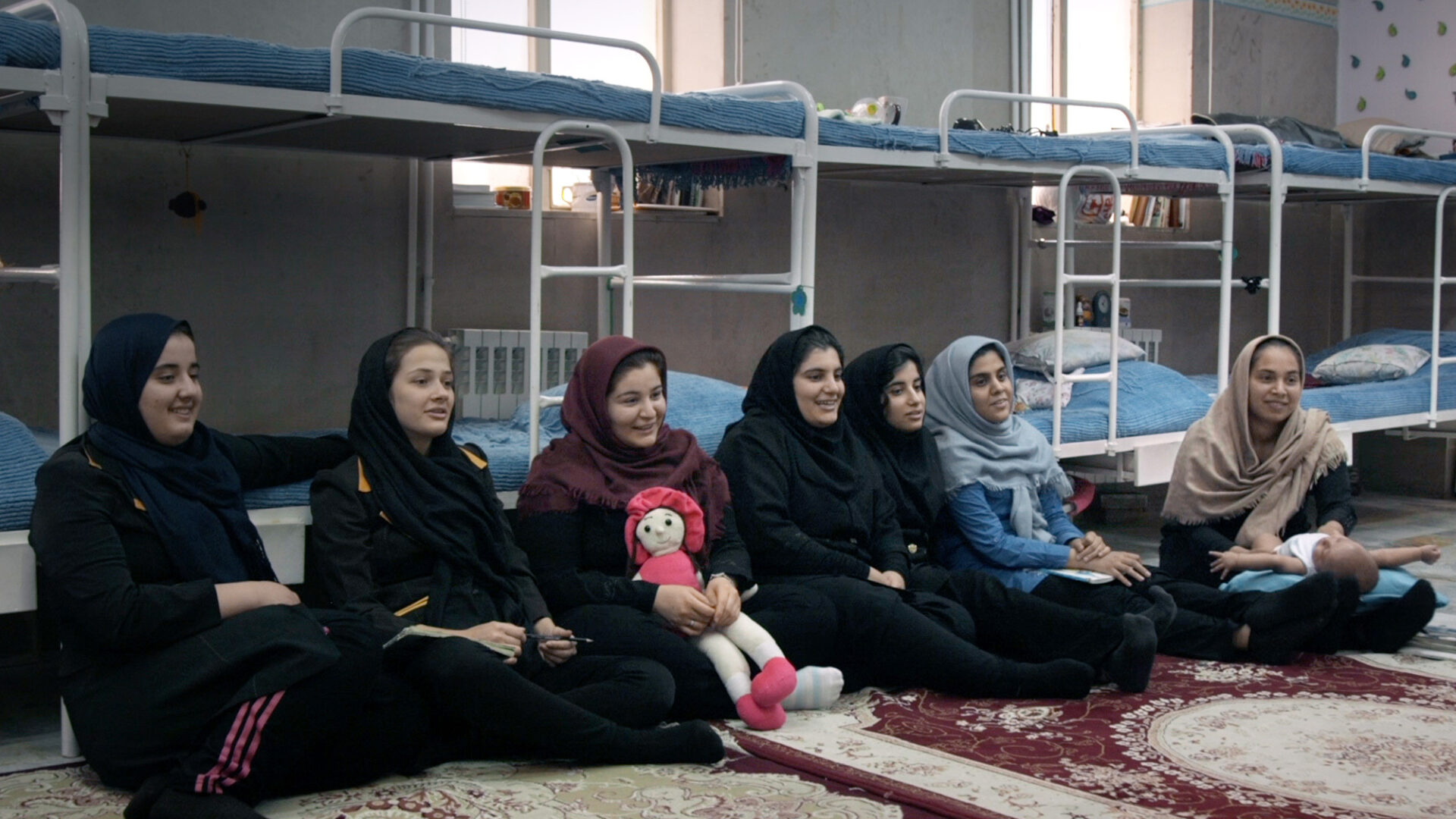 Eminent Iranian documentarian Mehrdad Oskouei’s acclaimed 2016 film Starless Dreams observed the lives of adolescent girls incarcerated in a correctional facility outside Tehran. His much-anticipated follow-up, winner of Best Director at last year’s IDFA in Amsterdam, shares a similar premise but with sharpened focus and recalibrated purpose. Set again in an Iranian detention centre for women, this rigorous, sobering, and highly affecting documentary centres on a sisterhood of teenage cellmates who are each serving time for killing a male member of their family. The film captures their daily routines around the prison — their work, their play, their disarming teenage normalcy. Most poignant are the intercut episodes in which the young convicts, at the invitation of the director, enter an empty room and deliver devastatingly candid addresses to their dead victims or female accomplices (usually sisters or mothers imprisoned elsewhere). What they reveal is a shared history of unchecked domestic abuse by fathers and husbands, with murder a last-gasp means of survival. A deft and damning critique of a hyper-patriarchal society and the victims it produces.

To stream this film:
Click on the ​“Stream” button above.
This will take you to Cinema Guild’s streaming platform, where you can watch the film.
Purchase a virtual ticket for $12 CAD (you may need to create an account first).
Once a virtual ticket has been purchased, you have three days to watch the film.
If you are having technical issues with the stream, please email info@​cinemaguild.​com

“Humanist and sobering and enraging, Sunless Shadows is a vital portrait of young women in a society that has no room for them as people.”