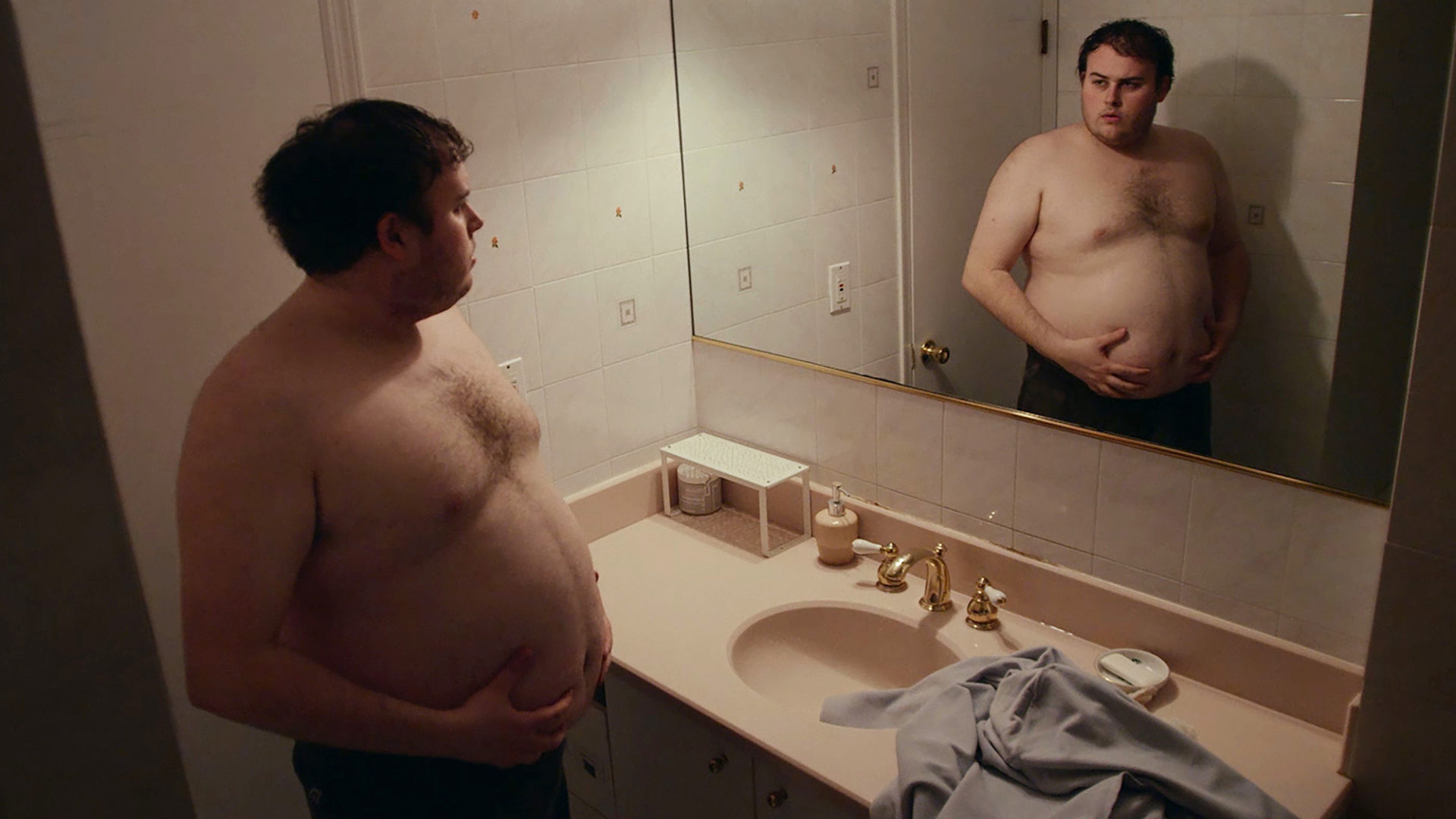 Following his father’s early death from obesity-related causes, Lyle (John Larkin, remarkable) bears his grief the way he’s always dealt with his emotions — by eating. Tipping the scale at almost 300 pounds and filled with self-loathing, Lyle suffers endless criticism from his athletic younger brother and feels unsupported by his mostly silent mom. When he throws himself into a relentless schedule of extreme diet and exercise, his addiction to food morphs into an addiction to weight loss. Diet supplements are consumed by the handful; sleep is foregone; friends and family are seen as irritants. Isolated and at risk of losing everything, Lyle’s salvation ultimately comes from an unlikely insight. Three years in the making (production halted for 13 months so Larkin could lose 80 pounds), Stretch Marks features strong, understated performances, while tackling a difficult subject with raw honesty and intelligence.

The Cinematheque is pleased to join with the UBC Department of Psychiatry and the Institute of Mental Health in presenting Frames of Mind, a monthly event utilizing film to promote professional and community education on issues pertaining to mental health and illness. Screenings, accompanied by presentations and audience discussions, are generally held on the third Wednesday of each month.

Register to watch the film and receive an invite to a live Zoom Q&A with Stretch Marks director Gregory Rocco and actor John Larkin, who will be joined by Dr. Josie Geller and Ali Eberhardt from the Eating Disorders Program at St. Paul’s Hospital in Vancouver, BC.

To stream this film & register for the Q&A:
Click on the ​“Stream” button above.
Register for your free virtual ticket, which will include the password required to stream the film and a link to the live Zoom Q&A.
This program is free to watch. (Donations gratefully accepted.)
Cinematheque membership is not required.

Gregory Rocco is a 28-year-old filmmaker from New York and the writer/​director, co-producer and co-editor of Stretch Marks, his first feature-length film. He has been writing and directing for 15 years, and (with collaborator Michael Mastroserio) heads CatRock Creatives.

John Larkin is an independent filmmaker and actor. Stretch Marks was his first feature film role, for which he lost more weight than Christian Bale did for The Machinist. He is currently working on Legacy of the Exorcist, a feature-length documentary which explores the cultural impact of The Exorcist 50 years after its release.

Dr. Geller is an Associate Professor in the Department of Psychiatry at UBC and Director of Research in the Eating Disorders Program at St. Paul’s Hospital.

Ali Eberhardt is a Registered Dietitian in the Provincial Adult Tertiary Specialized Eating Disorders Program at St. Paul’s Hospital, and co-host of ​“Let Us Eat Cake,” a podcast dedicated to ditching diet culture.