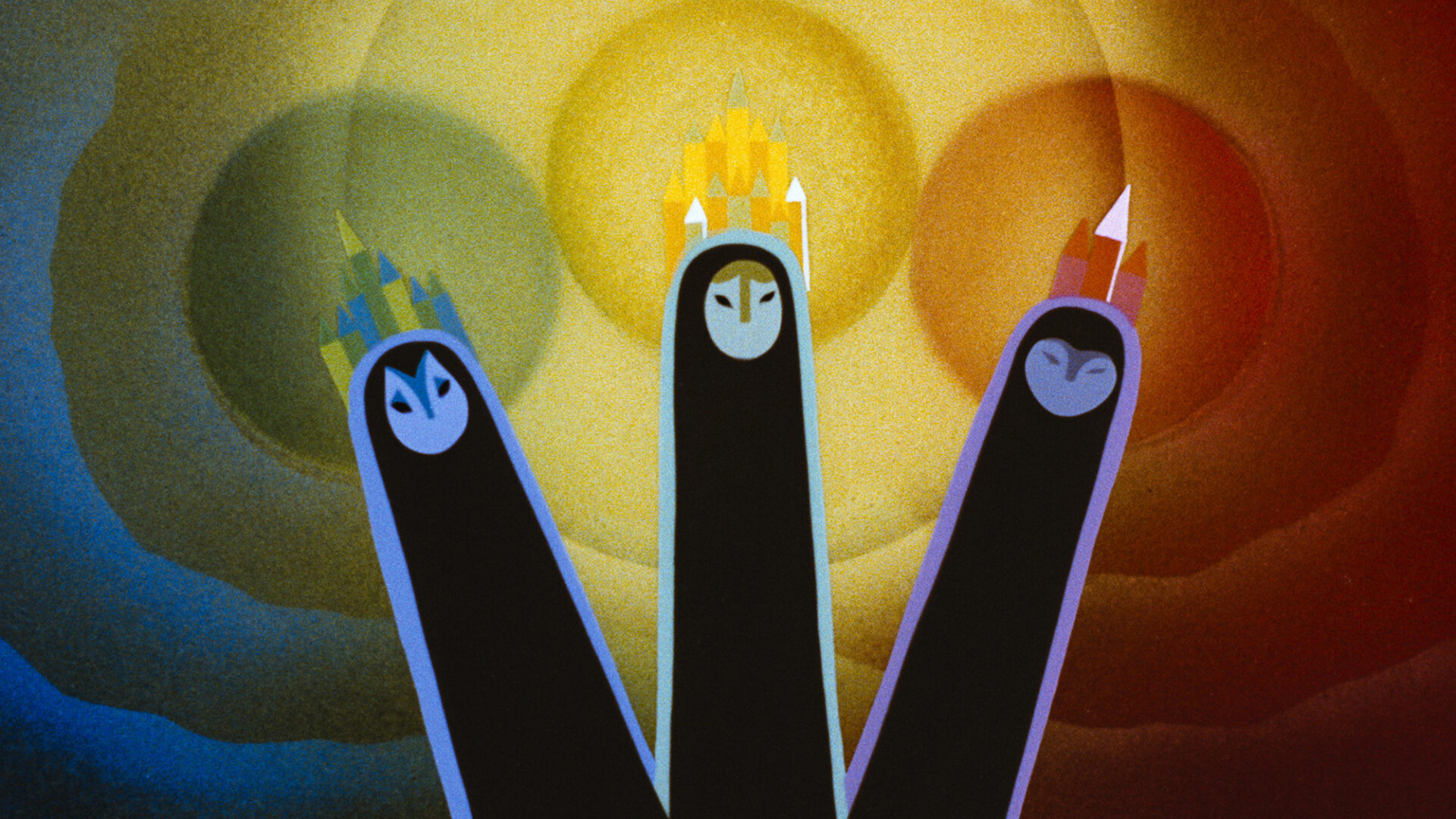 “One of the greatest animated features of all time.”

One of the great psychedelic masterpieces of world animation, Son of the White Mare is a swirling, colour-mad maelstrom of mythic monsters and Scythian heroes, part Nibelungenlied, part Yellow Submarine, lit by jagged bolts of lightning and drenched in rivers of blue, red, gold, and green. A massive cosmic oak stands at the gates of the Underworld, holding 77 dragons in its roots; to combat these monsters, a dazzling white mare goddess gives birth to three heroes — Treeshaker and his brothers — who embark on an epic journey to save the universe. Directed by Hungarian animator Marcell Jankovics, famed for his 1974 Oscar-nominated short Sisyphus and 1977 Palme d’or-winning short The Struggle, Son of the White Mare has been restored in collaboration with the Hungarian National Film Institute using the original 35mm camera negative and sound elements. – Arbelos Films

To stream this film:
Click on the ​“Stream” button above.
This will take you to Arbelos’s streaming platform, where you can watch the film.
Purchase a virtual ticket for $10 USD (you may need to create an account first).
Once a virtual ticket has been purchased, you have three days to watch the film.
If you are having technical issues with the stream, please contact info@​arbelosfilms.​com

“This should-be classic, with its kaleidoscopic animation and vibrant mythos, is a unique contribution to the animated canon.”

“Jankovics’s unique and unmistakable visual style is informed here by folk-art motifs, jazzy geometry, rich pop psychedelia, and even the arcade-game zap so fresh on the scene in 1981.”

“May be the greatest psychedelic animated movie ever made.”