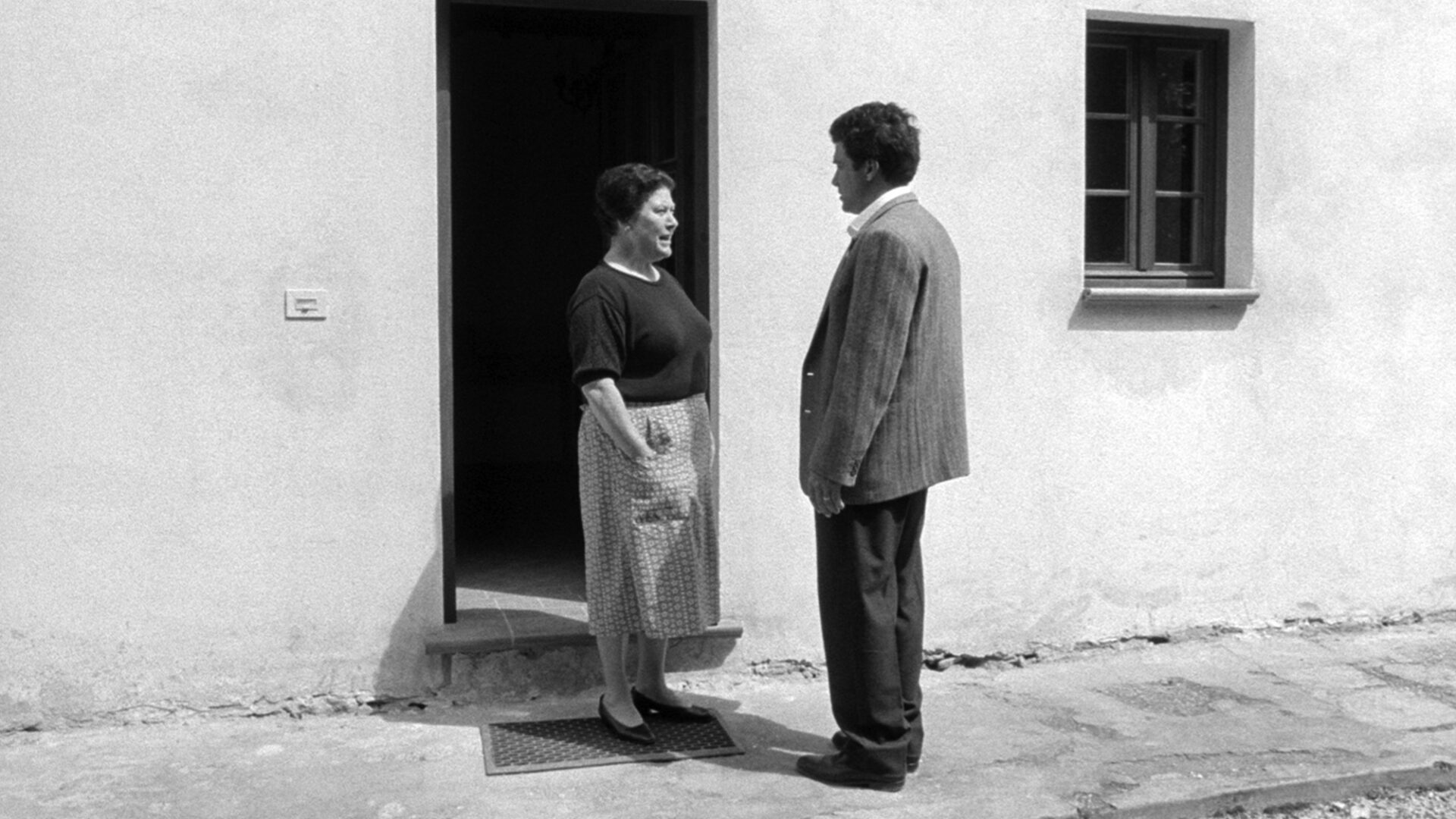 A spare and elegant work from the esteemed French husband-wife duo of Jean-Marie Straub and Danièle Huillet returns in a brilliant new restoration to commemorate its 20th anniversary. Rendered in crisp black and white, with fastidious compositions and mannered performances (both hallmarks of Straub-Huillet), this compact adaptation of a 1941 novel by Elio Vittorini centres on a thirtysomething Sicilian, Silvestro (Gianni Buscarino), who arrives home after many years in America. His reacclimation is marked by a series of exchanges and fleeting acquaintances with locals he meets and eavesdrops on. The film’s miraculous centrepiece, ​“one of the great dialogue sequences of the modern cinema” (Richard Brody, The New Yorker), is a conversation between Silvestro and his peasant mother (Angela Nugara), in which family history, his late father’s betrayals, and the crucible of Italian politics are held up to the light. Austere and intellectual, Sicilia! offers beguiling pleasures for the discerning viewer.

To stream this film:
Click on the ​“Stream” button above.
This will take you to Grasshopper Film’s streaming platform, where you can watch the film.
Purchase a virtual ticket for $12 CAD (you may need to create an account first).
Once a virtual ticket has been purchased, you have three days to watch the film.
If you are having technical issues with the stream, click here.

“A passionate and wide-ranging masterwork by Straub and Huillet.”

“One of their great later works.”