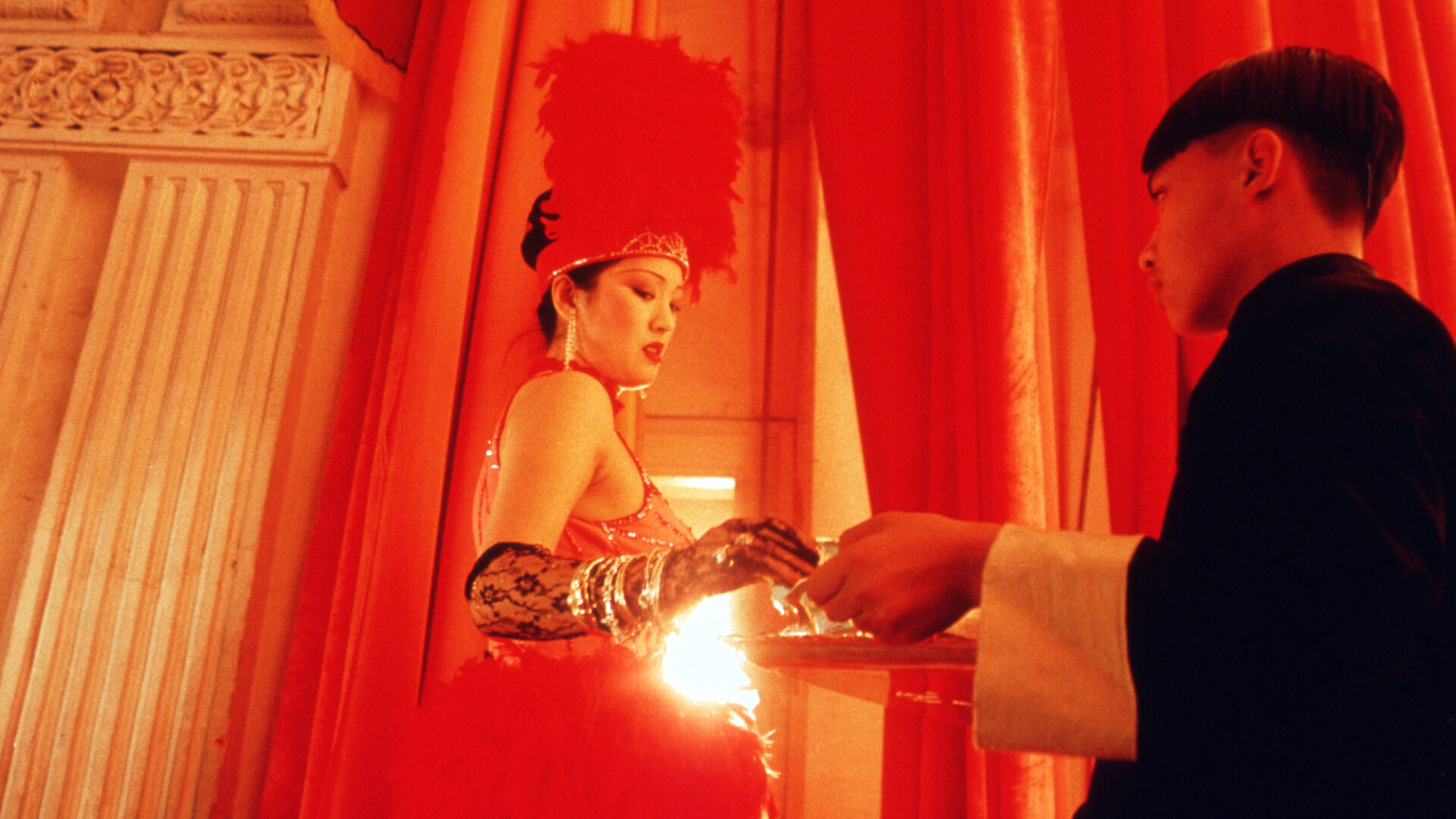 “Shanghai Triad has impeccable flow and balance. And Gong Li’s performance — a portrait of a capricious and indulgent woman who gains depth as we watch her — is one of her finest.”

Chinese heavyweight auteur Zhang Yimou (Raise the Red Lantern, Hero), a leading light of China’s Fifth Generation filmmakers, directed an historic run of movies beginning in the late 1980s that garnered international acclaim, top festival laurels, and unprecedented Oscar attention. (1990’s Ju Dou was the first Chinese picture ever nominated for Best Foreign Language Film.) Inextricably tied to the success of those works was Zhang’s gifted lead actress (and then romantic partner) Gong Li. Shanghai Triad marked their eighth consecutive collaboration; it would be their last for over a decade. Set in the decadent underworld of 1930s Shanghai, the visually ravishing crime drama unfolds through the eyes of 14-year-old Shuisheng (Wang Xiao Xiao), a country naïf sponsored by his uncle to serve as a lackey for a triad boss’s concubine, played by Gong. Over seven days, Shuisheng silently observes the simmering tensions, secret rendezvous, and bloody retributions in the gang syndicate, while growing increasingly concerned for the safety of his mistress. The film’s rich, sensuous cinematography earned DP Lü Yue an Oscar nomination.

“However endlessly filmmakers around the world have told [this] story, Mr. Zhang reimagines it with immense grace and turns it into a deeply felt tragedy … Gong Li’s astonishing performance summons all the tawdriness, evil, and eventual dignity this story demands.” Janet Maslin, New York Times

In light of the ongoing situation, The Cinematheque's theatre is currently closed. As an organization committed to shared cultural experiences, we will continue to bring you moments of cinematic joy through our online channels and will look forward to welcoming you back to our theatre as soon as it is safe to do so. More information can be found here.