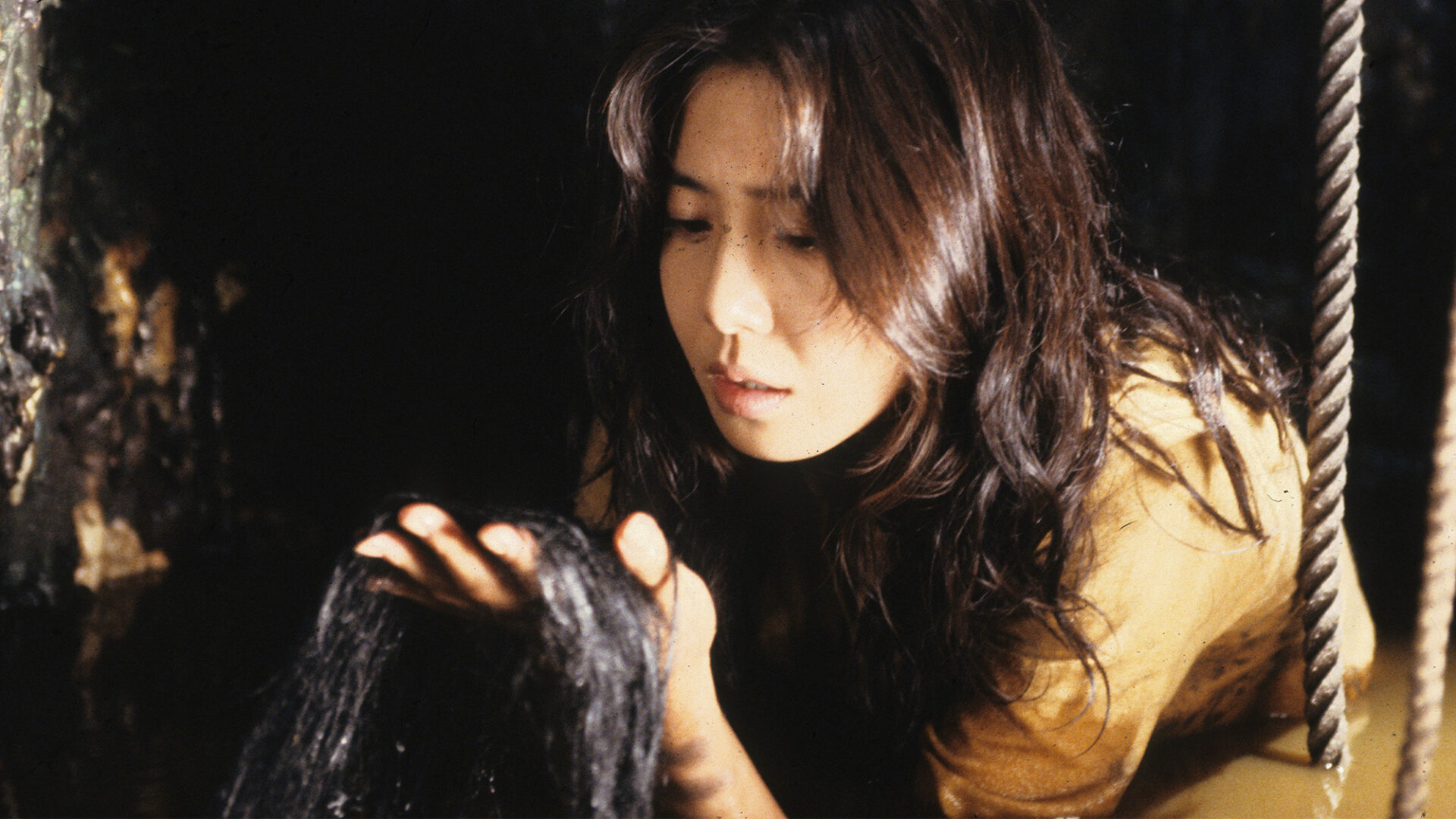 “An atmospheric tour de force, to J‑horror what The Beatles were to the British Invasion … For those new to J‑horror, my advice is start here.”

The film to which the term ​“J‑horror” owes its currency, Hideo Nakata’s seminal spine-tingler is a bona fide classic that ignited an entire new wave in Japanese horror cinema. Adapted from the 1991 novel by Kôji Suzuki (dubbed ​“the Japanese Stephen King”), Ring taps terror by deftly blending traditional Japanese ghostlore with modern-day fears around technology’s unchecked proliferation — a recurring motif in the J‑horror canon. Its eerily meta machination: a hexed videotape is circulating which, if watched, signals certain death for the viewer in seven days. Nanako Matsushima plays the reporter who gets wind of the curse while investigating a string of bizarre teenage deaths. Her search to unravel the mystery ramps up when she and her young son lock eyes on the VHS’s killer content. A surprise fourth act is a masterclass in audience hoodwinking and sleep deprivation. The success of Gore Verbinski’s slick 2002 remake triggered a boom of J‑horror makeovers in Hollywood. The scares, alas, were mostly lost in translation.

“A masterpiece of fear and atmospheric terror … It [features] possibly the scariest scene in cinema history.”