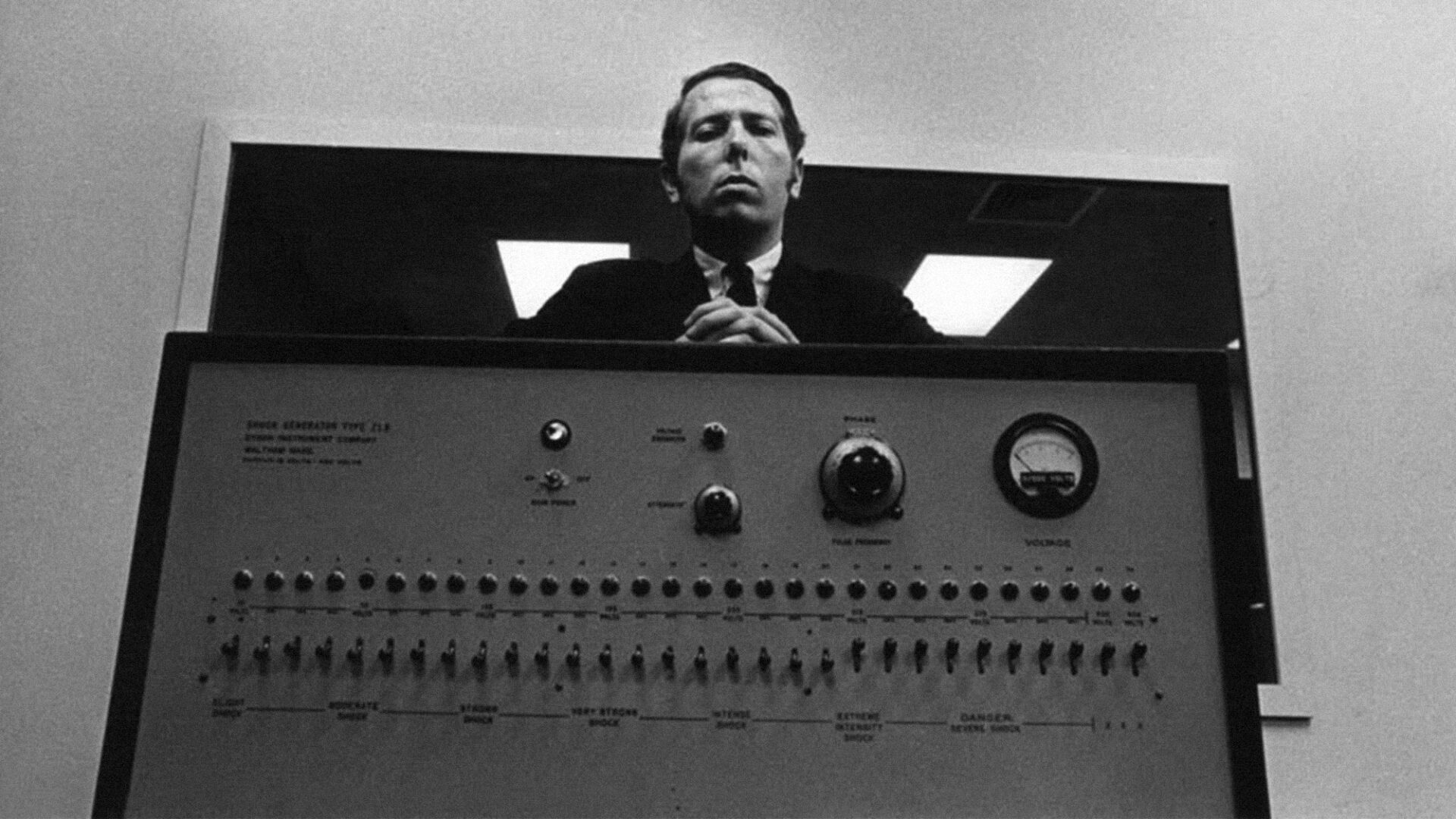 Stanley Milgram (1933−1984), an American social psychologist, remains best known for his landmark 1961 ​“Obedience to Authority” experiment, which exposed the unsettling extent to which ordinary citizens will do as they are told. In this film, made by Milgram himself and promoted as ​“the only authentic film footage of Milgram’s famous experiment,” we see subjects participating in an apparent study of the effects of punishment on learning. Those research subjects assigned to a ​“teacher” role are instructed to administer electric shocks of increasing severity to an apparent ​“learner” (in fact, a Milgram confederate pretending to be another research subject). Despite (feigned) agonizing protests from the learner, a majority of subjects continued to administer shocks to maximum and potentially dangerous levels. While the ethics of the experiment may have been deplorable, the film is powerful theatre and ​“succeeds spectacularly as arresting and compelling drama”(Gina Perry, Theory and Psychology).

The Cinematheque is pleased to join with the UBC Department of Psychiatry and the Institute of Mental Health in presenting ​“Frames of Mind,” a monthly event utilizing film to promote professional and community education on issues pertaining to mental health and illness. Screenings are accompanied by guest presentations and audience discussions.

To stream this film & register for the Q&A:
Click on the ​“Stream” button above.
Register for your free virtual ticket.
You will be emailed the password required to stream the film which you can enter in the embedded video player above.
This film is free to watch. (Donations gratefully accepted. Charitable tax receipts are provided for donations of $50+)
Cinematheque membership is not required.

Register to watch the film and receive an invite to a live Zoom Q&A with Dr. Jennifer Gibson, a Clinical Ethicist with Providence Health Care, and Dr. Andrew M. Rivers, a faculty lecturer in the Department of Psychology at the University of British Columbia.

Special thanks to Alexander Street, a ProQuest Company, for their assistance in our presentation of Obedience.

Dr. Andrew M. Rivers is a faculty lecturer in the Department of Psychology at the University of British Columbia. His formal research focuses on implicit racial stereotyping, in particular how people’s spontaneous behavior is influenced by stereotypes. More casually, Dr. Rivers is fascinated with the ways that social structures influence human behavior — a theme central to Milgram’s study of obedience.

Dr. Jennifer A. Gibson, MSN, PhD, RN, CCN(C), currently works in health care as a Clinical Ethicist at Providence Health Care. Her PhD work focused on ethical issues with end-of-life care in hospitals. She has a particular interest in how hospital cultures and language impact patients and families.