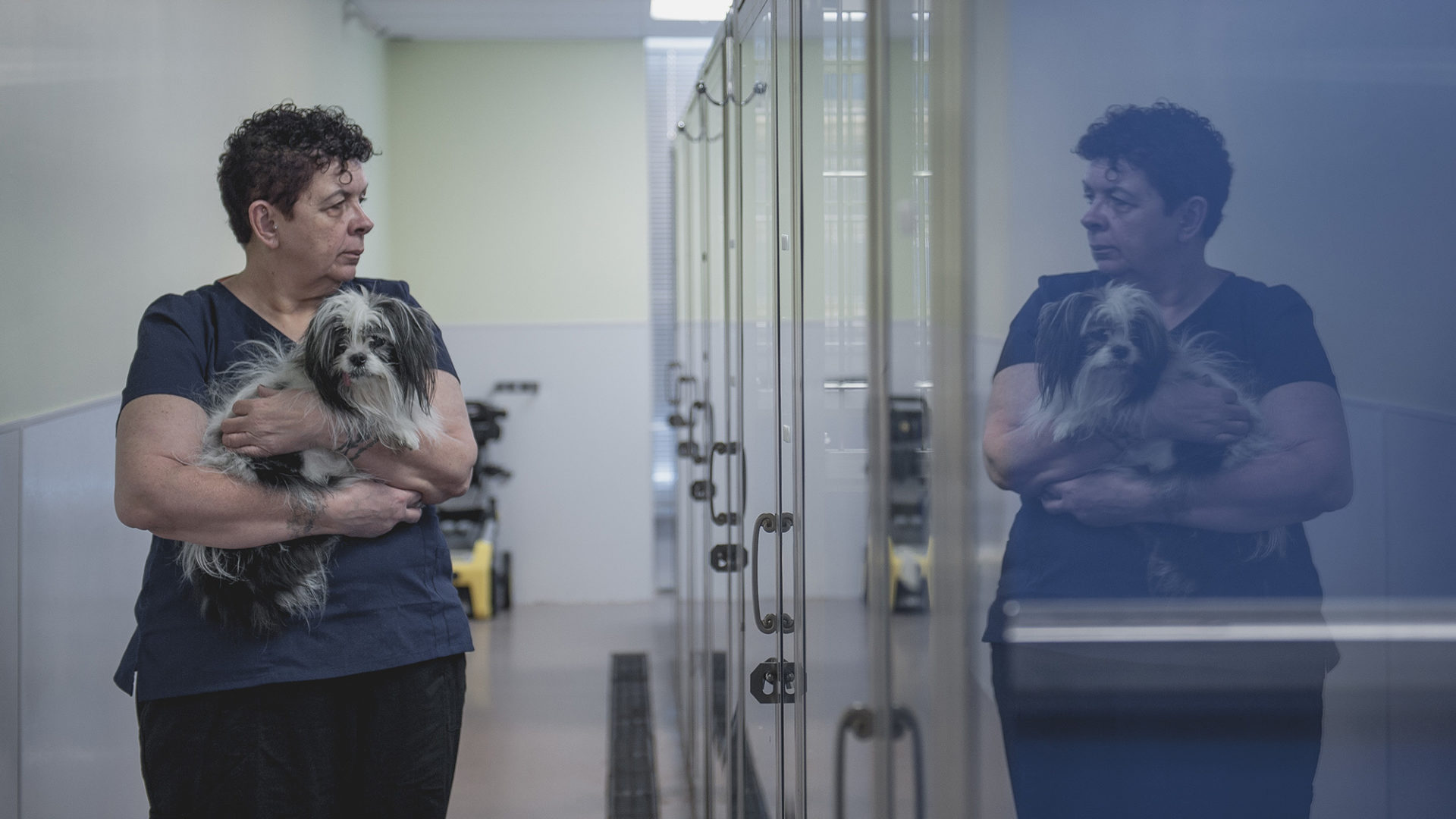 “Heather Young further establishes herself as one of her country’s most promising filmmakers … The emergence of a bold new voice.”

Due to demand, we are extending our virtual run of Murmur until April 30.

Winner of the FIPRESCI Prize at TIFF 2019, the debut feature of Nova Scotian writer-director Heather Young is a sobering, spare account of a woman unable to break her cycle of self-destruction. Donna (Shan MacDonald) is single, in her sixties, and estranged from her adult daughter. On probation for impaired driving, she begins a community service sentence at a local animal shelter and, to ease her loneliness, adopts an elderly dog scheduled to be euthanized. (The canine, like Donna, has a heart murmur.) The newfound companionship fills a chasm in the troubled mother’s life; soon she’s bringing pets home with disturbing frequency. Young, whose shorts Fish (2016) and Milk (2017) also graced Canada’s Top Ten editions, makes an effortless, assured transition to full-length filmmaking with this quiet portrait of isolation and the insidious nature of addiction.

“The deserving winner of this year’s prestigious FIPRESCI Prize … Young is warm and deeply empathetic, and she is adept at finding wit and humour, at locating the spark of life, in everything she’s so patiently observing.”